Are you ready to report on conflict minerals?

Is the issue of conflict minerals on your radar? If not, it probably should be -- especially if you're in the electronics, automotive or a number of other manufacturing-related industries. Chances are, you’ll be looking for (and reporting on) conflict minerals in your supply chain soon, if you haven’t started already.

Companies should care about this issue for several reasons. First, there’s a moral imperative: The intent of reporting requirements is to eliminate an important stream of funding for armed conflict in the Democratic Republic of Congo (DRC) and surrounding countries, where some of the world’s supply of conflict minerals is mined.

If that’s not reason enough, it’s also the law: The 2010 Dodd-Frank Wall Street Reform and Consumer Protection Act and the 2012 final rule (PDF) from the U.S. Securities and Exchange Commission (SEC), require most companies subject to SEC filing rules to report to the SEC by May 31, 2014, if any of their products produced in calendar year 2013 contain conflict minerals. In July, a federal judge ruled (PDF) against a challenge to new conflict mineral rules and upheld the law. Translation: there’s less than 10 months for the affected companies to report on conflict minerals in any product they make this year.

"‘But wait,’" you say. "We’re not a public company. We don’t report to the SEC." Or you might think that because your company is not in the U.S., Dodd-Frank doesn’t apply. Right?

Wrong. The reporting requirements have far-reaching global implications: Even companies headquartered outside of the United States, and those which don’t report to the SEC, may be subjected to conflict minerals requests from customers that report to the SEC. In other words, if you supply widgets to any company affected by the SEC rule, those customers may come knocking and ask you to determine if the conflict minerals in your widgets came from the DRC region.

How are companies handling this?

When the Dodd-Frank Act was signed into law in 2010, the automotive industry, and many other industries, recognized that significant changes to supply chain due diligence practices would be necessary.

By now, many companies already have started the process, but they recognize that they’ll need to adapt their approach as entire industries collectively learn how to handle these new requirements. Still other companies know they need to take action, but may not be sure how to move forward.

"Automotive Industry Approaches to Conflict Minerals Reporting: A Case Study of Automakers and Suppliers (PDF)," the first case study, is based on interviews with five AIAG members who lead conflict minerals compliance efforts at their respective companies — two original equipment manufacturers (OEMs) and three Tier 1 suppliers. In the case study we cover their approach at three stages of the compliance process — Getting Started, Engaging the Supply Chain and Looking Ahead — and in each section we list some common challenges and lessons learned (summarized here and elaborated upon in the document):

As an example, one question that's frequently grappled with at automotive and other companies is how to handle conflict minerals information requests with suppliers (which can number in the thousands). Most companies we talked to decided to cast a wide net and ask all of their suppliers for information, then follow up with those considered high risk for conflict minerals. But one Tier 1 company, with 30,000 direct materials suppliers, narrowed the list at the outset and only sent requests to 500 suppliers with a high likelihood of conflict minerals in their products. Either way, the message is clear: Prioritize your outreach and follow up based on a risk assessment.

The second case study, "The Conflict Minerals Compliance Reporting Process: A Collaborative Case Study (PDF)," was reviewed by members of AIAG’s Conflict Minerals Working Group. This working group includes representatives of automotive OEMs and suppliers. This case study provides general information about the conflict minerals compliance process and shares some working assumptions made by leading companies on areas within the SEC final rule that lack clarity. The document includes practical information on topics such as how to determine if a company is obligated to file with the SEC, and the difference between filing and reporting. It also includes definitions of commonly used terms, along with frequently asked questions. Both case studies include links to resources and a supplier checklist.

By sharing lessons learned in these case studies, AIAG hopes to help industry meet these responsibilities effectively and efficiently. Don’t underestimate the size of the challenge, though. As one case study participant succinctly stated, “Start now. The process will take longer than you think.”

Image of sprinter getting ready to run provided by mezzotint via Shutterstock. 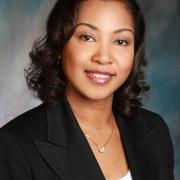 See all by Tanya Bolden