Argentina’s renewables reboot: The good, the bad and the unknown

Argentina is entering a new phase of political and economic reform. Recently elected President Mario Macri’s moves to court international investor and business communities have struck the right notes, and Argentina-related business plans are being dusted off globally.

Clearly, many bright, entrepreneurial people within and outside the government were looking forward to the day when their ideas and ambitions were given credence and a chance to succeed. At a recent event at the Embassy of Argentina in Washington, D.C., leading Argentine officials in renewable energy made the case for investing in the country’s renewables sector under a new regulatory and commercial framework.

In their eagerness to right all wrongs, the Argentine intelligentsia seems to have thrown every tool in the kit into this effort, with the hope that the net result will be success. But where do these tools fall, in terms of moving forward the country’s new business framework and supporting renewable energy development?

When developing new business frameworks, too much focus is often put on one group of stakeholders: investors. However, experience suggests that sectoral transformation depends on addressing the entire supply chain of project development, as well as removing barriers at various points of the project life cycle.

Argentina is attempting to spur two separate markets to create competition. One market will be created by tendering auctions to allow developers to install renewable energy systems on a customer’s property at little to no cost. The developer then will sell the power generated to the host customer.

This model, known as power purchase agreements (PPAs), is an important and globally successful price discovery method that will have a direct impact on the renewable energy market. The other market encourages independent power producers (IPPs) to directly negotiate with large energy users by placing renewable energy purchase obligations on them.

Argentina is creating a publicly funded mechanism, a Trust Fund, to help protect investors from losing their investments — a method that is more economical than giving out subsidies.

Argentina is also partnering with international financial institutions (IFIs) to fund the Trust Fund, which will reduce the burden on national finances.

A cursory review of the various incentives being provided under Argentina’s renewable energy framework shows eight fiscal incentives that would, in theory, all work together to make a better economic case for developers and investors.

The basic logic is that if investors are getting tax benefits, which increase profits, then they will demand a lower power purchase price in the auctions.

However, compliance costs and the uncertainty of acceptance, at least for the first round of project development, will probably mean that investors are not taking into consideration these incentives. This would mean that the PPA prices in the auctions will be higher than expected by the government.

The current market design has many actors (see figure) with many contracts that so far have not been vetted by international investors. The most important contract is the PPA, which has not been tested. Although government representatives assure that the PPA is based on international standards, there is a risk that investors and project developers will not be satisfied with it.

This could lead to significant delays and multiple rounds of negotiation — neither of them desirable outcomes for the Argentine government. The only sure winners under this scenario are lawyers involved on both sides of the equation.

The entity purchasing electricity from a renewable energy project through a PPA is referred to as the “off-taker.” Under the proposed framework, the off-taker will be a government company called CAMMESA. However, CAMMESA’s financial position and creditworthiness have not been disclosed at this stage. More information about CAMMESA needs to be shared publicly.

In addition, attempts to shore up the financial viability of the overall renewable energy project structure should begin with financial support to CAMMESA to ensure that the organization has enough cash to pay electricity producers and that investors have a simple and certain process in case the entity defaults. This support does not seem to be in place under the current design.

1. Buy-in of the other market actors

It is not clear what the role and, more importantly, the buy-in of other electricity market actors is under this framework. Let’s break this down.

CAMMESA is the entity that administers the wholesale electricity market and seems to be the counterparty to the PPA, but the obligation to pay for the electricity does not seem to be on CAMMESA itself. Consider a scenario in which CAMMESA decides that, due to grid stability concerns, it is unable to receive electricity from a wind turbine because of the intermittent nature of wind energy and other complications.

Grid operators have the right to turn off or not accept electricity generated for a wind project under this scenario (referred to as “curtailment”), which would lead to revenue losses for the wind project. Who bears the responsibility for paying the wind project for energy generated in case of such curtailment? Surely the burden of paying for these losses shouldn’t be on the consumers for a renewable energy project that is actually not supplying electricity. Similarly, what is the role of distribution companies?

Are they collecting the revenue on behalf of CAMMESA separately, or is a portion of their monthly bill being sequestered for payment under the PPA? What happens in case of partial payment by consumers? These questions still need to be answered.

While Argentina’s proposed renewables framework seems well suited to encourage utility-scale renewable energy projects, it is unclear whether the changes will also support smaller-scale distributed generation. Evidence is growing that investing in a decentralized grid would allow increased access, affordability and resilience for some.

Therefore, Argentina should be wary of focusing solely on large projects that provide growth opportunities only for large investors and developers.

My recommendations for Argentina’s renewable energy framework would be to review the existing framework through the “KISC” lens: Keep It Simple & Certain. With this approach in mind, I would suggest the following:

The Argentineans are pursuing a staged approach to tender PPAs. The first round of PPAs expected to be tendered in the second quarter of 2016. The KISC approach will help in the first round in case things don’t go as expected.

It will be easier to evaluate what has worked and what hasn’t if there aren’t too many moving parts. It will also be much easier to add further complexities in the subsequent phases than it will be to accurately identify which ones should be removed.

Sebastian Kind, the man leading this effort for Argentina, stated that one should view this approach as a cocktail — that is, it takes various ingredients to make a good drink. Taking that analogy further, one could also say that too many ingredients in a cocktail may not only leave a bad taste in the mouth, but also a splitting headache the morning after. 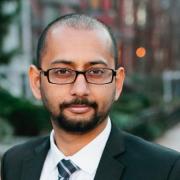 Waste 2.0: An opportunity not to be wasted

4 signposts on the road to Utility 2.0

See all by Anmol Vanamali