Sitting across from action star and former California Gov. Arnold Schwarzenegger was a little surreal. I had just walked past the life-sized Schwarzenegger wax statue kept at the entrance to his office at the University of Southern California, which passers-by all stop to photograph. And in many ways, the statue says it all: This man knows how to market and message anything.

That’s exactly what my cohosts and I wanted to learn more about in our interview for the podcast Political Climate, specifically when it comes to climate and energy issues.

Schwarzenegger is a standout politician in his ability to message fraught and often politically divisive topics. As a Republican in the largely Democratic state of California, he was able to work across the aisle to implement ambitious and leading environmental policies, including California’s landmark climate bill AB32, the California Global Warming Solutions Act of 2006.

The governor also helped defeat a ballot initiative that sought to suspend AB32, which is how the former governor says he learned how to communicate about climate issues.

I have for years told environmentalists they have to get off just talking about climate change or global warming and all this stuff. It does not work.

Schwarzenegger went on to discuss how the term "pollution" is far more effective in engaging people than the more amorphous language of "climate change."

"I have for years told environmentalists they have to get off just talking about climate change or global warming and all this stuff," he said. "It does not work."

He recalled conducting polls where 17 percent and sometimes up to 20 percent of people acknowledged that climate change is a real threat and that they were worried about it. "But if you say the name pollution, then immediately the numbers go to 50 percent," he said.

Messaging is a big part of taking action on climate in Schwarzenegger’s view, but it’s not the only factor. Nationally, one of the biggest issues he sees is gerrymandering, where district boundaries are manipulated to benefit one political party or the other.

This issue affects climate policy because gerrymandering often results in electing more partisan candidates, who are less likely to compromise with someone from the other side of the political aisle. As a result, comprehensive climate legislation is more difficult to pass.

"No one in Washington right now can really compromise, except on some Mickey Mouse little issues," Schwarzenegger said. "On big issues, they cannot compromise, because they’re afraid if they do compromise they will go back home and they’ll lose their job.

"This is why redistricting reform and getting rid of the fixed system of gerrymandering has to change."

These are exactly the kinds of conversations that I, along with my podcast co-hosts Brandon Hurlbut and Shane Skelton, hoped to have when we started Political Climate. Brandon is a Democrat with experience as a White House staffer under President Barack Obama and the former chief of staff at the Department of Energy under Secretary Steven Chu. Shane is a Republican who served as former legislative counsel for Congressman Bob Latta (R-Ohio) and a former energy adviser to House Speaker Paul Ryan. He also ran as a Republican Congressional candidate in the 2018 election.

There is a lot they agree on — the fundamentals of climate science, for instance. But there’s also a lot they don’t. And that’s the point. We believe it’s possible to have informative conversations, even when you don’t agree.

Climate change certainly doesn’t care which political party you belong to. So why not have these conversations?

That’s why, after hearing from a former Republican governor, we had left-leaning Green New Deal architects Rhiana Gunn-Wright, Demond Drummer and Zach Exley on the show. They also discussed how to messaging of the climate crisis but had a different take on how to engage the American people and execute a plan.

"World War II, you know there was this existential threat overseas, and we were able to build industrial capacity to build warplanes, munitions and material. Industrial capacity that we did not have before," said Demond Drummer, executive director of the New Consensus. "That’s how this country moves, right? So we are saying we can move that same way in this [Green New Deal] movement because we have an existential threat we are facing. And we can address that threat in a way that rebuilds our economy."

The Green New Deal resolution introduced by Rep. Alexandria Ocasio-Cortez (D-New York) offers a sweeping set of proposals for tackling climate while reforming the U.S. economy in a more equitable way. Critics — on both sides of the political aisle — say the plan is too bold and borders on folly.

The leaders of New Consensus don’t see it that way. In their view, climate change is a threat on the scale of a world war and thus should be similarly addressed.

Republicans, and some Democrats, have been pushing back on these types of progressive proposals and that’s what makes the dialogue on Political Climate so valuable. With Brandon’s experience serving in an administration and Shane’s background on Capitol Hill, we can dive into the politics at the federal, state and local level as well as on the campaign trail. There is no shortage of content.

Now, will U.S. climate policy change because we started talking about it on a podcast? Absolutely not. And, frankly, that’s not our role.

The podcast isn’t here to solve policy problems. It’s here to create a forum. It exists to draw attention to leaders in the climate and energy arena that Democrats and Republicans might not otherwise have a chance to hear from. It seeks to pull the curtain back on how policies get made and the thought process each party puts into its decision-making.

Climate change certainly doesn’t care which political party you belong to. So why not have these conversations? Virtually everyone on Earth will have to have tough conversations on climate change in the coming decades.

We wanted to create a platform for having them now.

You can listen to excerpts of the Schwarzenegger interview on Episode 169 of GreenBiz 350. 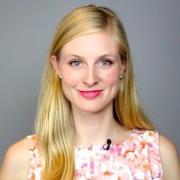