Atlanta's model for the future of urban green spaces

This scene in the heart of Atlanta, Georgia, is a far cry from what it was nine years ago. Back then, trucks illegally dumped toxic chemicals, trash and tires here. Kudzu and other weeds flourished, forming ad hoc habitat for rats and copperhead snakes.

Now, the Atlanta BeltLine is wiping out blight with 33 miles of multi-use trails along a historic rail line that encircles the city’s core. The ring of infrastructure is boosting environmental awareness in a metropolis that has been better known for suburban sprawl than parklands. Although other cities are turning abandoned tracks into greenways, the $4.8 billion project connecting 45 neighborhoods offers unique lessons on urban renewal.

A master’s degree thesis sparked the movement to build the BeltLine. In 1999, Ryan Gravel, then an architecture student at Georgia Tech, envisioned and fleshed out a plan to build a modern transit system to replace a ring of decaying rail tracks that encircled the capital city.

It took several years of negotiating among politicians, city officials, community advocates, real estate developers, landscape architects and environmentalists to solidify a proposal. Then, in 2006, Atlanta established the Atlanta BeltLine, Inc. (ABI) to lead a renovation funded by private donors and the city that includes bike trails, parks, water management systems, housing, electric transit, art sculptures and more. According to Gravel, the project is the most extensive of its kind in the United States.

"I wanted to make Atlanta a place I wanted to live in," he said. "Who would have thought that this idea would take off? It has been fun, excruciating and rewarding."

This network-in-the-making is boosting environmental awareness in a city that used to be better known for its traffic jams and sewage-polluted streams. Efforts to clean up 1,100 acres of contaminated brownfields and plant more than 3,000 indigenous trees and grasses are bringing back biodiversity not seen in decades.

"The native plantings they have done had a tremendous positive impact," said Berry Brosi, associate professor of environmental science at Emory University. "We found enormous areas in terms of pollinator abundance."

This network-in-the-making is boosting environmental awareness in a city that used to be better known for its traffic jams and sewage-polluted streams.

"I noticed for the first time in my backyard, we are seeing bees, butterflies, even fireflies, which is different than four years ago," said Chad Ralston, who lives nearby and bikes almost daily.

One major reason for the increase in biodiversity has been the native forest created under the supervision of Trees Atlanta, a non-profit organization dedicated to protecting Atlanta’s urban canopy. Trees Atlanta has planted 19 acres of indigenous trees and grasses around the abandoned tracks. Ten more acres of reforestation are planned for next year.

"It has been a challenge in what different parts of the community want and what we want," said Greg Levine, the organization’s co-executive director and chief program officer. Local residents like the green space, Levine said, but often prefer it manicured.

"They want more mowing, and then you don’t have the pollinator habitat," Levine said. "They like the look of a meadow, but it takes three years." Levine said Trees Atlanta and the city have reached an agreement to just mow along the edges of the path once a year, keeping the trails clear. Goats are also used to munch on the non-native kudzu for environmental and economic benefits.

As head of growth and grassroots for ASW Distillery, Ralston helped convince his company to open a new location on a part of the BeltLine known as the Westside Trail. The real estate in the vicinity is booming and is the biggest economic driving force in the city, said Atlanta mayor Kasim Reed.

Meanwhile, Atlanta is discovering that going green can save money. The city was planning to build a $40 million concrete vault and tunnel system to store stormwater in the Fourth Ward. Every time it rained, flooded sewers sent pollution into local streams, and the city already had paid the federal government more than $19 million in fines for its cracked and broken sewer system.

ABI stepped in to work with city officials to develop a better way to deal with storm water and sewage. The plan was to build a park bordering the Eastside Trail that recycles stormwater for a lake, fountain and waterfall. The ABI team saved the city at least $15 million in stormwater infrastructure costs with its innovative design for the Historic Fourth Ward Park.

Cost savings "are where we hook people in," said Heather Hussey-Coker of ABI. "But we solved one of the issues in a green way, a beautiful way."

"The park has won awards for its plantings [and] wetlands, now home to Canada geese, ducks and turtles," said Kit Sutherland, a community advocate who helped build the 17-acre park. It also set the standard for how the BeltLine and Atlanta work together to transform former industrial areas whose belching chimneys earned them the title of "sewers of smoke."

The Atlanta BeltLine is trying to create more energy than it uses, too. An architectural solar canopy provides shade and sells electricity back to Georgia Power. Solar-powered trash compactor bins help save the city time, energy and money by wirelessly transmitting signals to garbage collectors when it’s time to empty the cans, instead of having trash picked up on a schedule even if the cans are not full. LED lamp posts line pathways, saving electricity and minimizing light pollution.

The city’s West Side is about to get a big boost because of the BeltLine. An abandoned quarry soon will add 300 acres of green space adjacent to the Westside Trail. The new Westside Reservoir Park will be a source for 30 days of water, instead of Atlanta’s current three-day supply. Even though last year’s drought has ended, Atlantans still face watering restrictions because the city’s major reservoir is below full pool. Lawns can be watered only two days a week, and home car washes are forbidden.

Reed said the corridor is altering the way people get around. "It’s a healthy form of mobility. The bike paths and trails are changing the way in Atlanta we live," he said. "The greater the density, the less pollution."

It’s changing diets, too. BeltLine designers transformed an old bus repair facility with underground fuel tanks into a 6-acre urban farm. They cleaned up arsenic-stained soil and excavated buried garbage to revitalize the ground. Now urban farmers produce an abundance of cucumbers, tomatoes, carrots and other vegetables that feed a neighborhood unaccustomed to fresh produce. The rest is sold at the nearby Ponce City Market, once an abandoned department store that has been revitalized into a thriving shopping and food court that serves as the commercial anchor of the BeltLine.

But success is triggering new problems. With the real estate boom catalyzed by the BeltLine’s infrastructure, affordable housing is scarce, and the trail is crowded. There is little research on the environmental impacts the increased density and expanded use have spawned. Construction of 22 miles of light rail transit next to the paths is expected to alleviate some of these concerns.

"The light rail will help with changing lifestyles," said Ralston. "I’m one of those millennials. I don’t care to drive. I don’t like sitting in traffic."

"I get it," Gravel said. "There is anger about the BeltLine being overcrowded. I bike. But that just means we need more bike lanes."

Mildred Spalding, a biker who has lived in Atlanta for 43 years, was one of the 1.7 million Eastside trail users last year.

"It’s the best thing ever to happen to Atlanta," she said. "It’s changing how I think of Atlanta."

For Gravel, the BeltLine’s visionary, it’s a dream come true, not only professionally but personally as well. 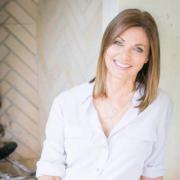 See all by Judith Moen