Think of all the times you've turned on a faucet and no water came out.

I'll be the first to admit I can't remember the last time this possibility even crossed my mind. The truth is we take water for granted, and don't stop to question its seemingly unlimited abundance.

Recently we've seen clear signs that it is time we pay attention.

The damage caused by the 2012 U.S. drought cost the country more than $35 billion [PDF], and similar droughts are projected to hit the country over the coming years. McKinsey [PDF] has also estimated that in just 20 years, demand for water will be 40 percent higher than it is now. This would inevitably result in increased water costs for everyone, including companies.

Despite the imminent and serious business risks associated with water shortage, too few companies are taking concrete steps to protect themselves.

In a report released in October 2012, KPMG  [PDF] found that while 76 percent of the world's top 250 companies addressed water issues in their corporate responsibility reporting, less than 40 percent demonstrate any long-term plans to manage their water usage, including strategies for reducing and treating water consumed.

KPMG found that the mining sector had the highest rate (100 percent) of reporting on water reduction and treatment strategies. The consulting firm projected that other water-intensive sectors, such as agriculture and the oil and gas industries (in which less than half of companies interviewed reported having reduction and treatment plans), would be next to face rising public pressure around managing their water usage.

Faucet image by drpnncpptak via Shutterstock.

Yet even businesses outside of these water-intensive sectors can significantly benefit from focusing on their water footprints. For example, commercial buildings are a sector ripe with water reduction opportunities that can save companies water and money now.

While at first glance they might not seem like very large users of water, buildings across the U.S. consume on a daily basis 47 billion gallons of water -- the equivalent of about 71,000 Olympic-sized pools.

In order to develop approaches to help unlock these untapped opportunities, Environmental Defense Fund (EDF) teamed up with AT&T in 2012 with the goal of identifying significant opportunities to reduce water use in building cooling systems. In addition to mitigating risk, our pilot projects with AT&T bear out that effective water management can also lead to cost savings.

How can your company get started?

The first step is to understand your water use. The Water Score Card Guide, released jointly by AT&T and EDF, helps you with just that. The score card, the first in a series of tools we will be releasing over the next few months, gives facilities a score for their water management efforts by shedding light on water usage and then prioritizes the opportunities for water conservation.

The score card created the foundation for AT&T's water program efforts. Using a similar score card in AT&T's energy program helped the company realize $86 million in annualized energy savings by tracking the implementation of 8,700 projects in 2010 and 2011.

The toolkit also contains easy-to-understand visuals about the importance of water and best practices in water efficiency at facilities.  It can be accessed in its entirety at www.edf.org/attwater.

This article originally appeared at the EDF Innovation Exchange and is reprinted with permission. 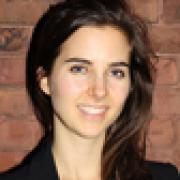 See all by Alexandra Deprez