Australians Think Locally, But Will They Be Allowed to Act?

[Editor's note: This article originally appeared at Ecosystem Marketplace and is reprinted with permission.]

From deadly drought and fire seasons to red dust clouds choking their urban settlements, Australians don't have to look beyond their national border to imagine the prospective social and environmental costs of climate change. Responding to local problems with local solutions, many Australians prefer voluntary carbon offsets sourced from -- you guessed it -- local projects.

The government's proposed mandatory cap-and-trade scheme, however, leaves little room for the kinds of local projects that Australians prefer when looking to make voluntary reductions -- an omission that critics say disables Australians from making an additional impact on national abatement, and could lead to a backlash against carbon finance down the road.

"If no local voluntary abatement is taken into account in the scheme, we'll see outrage from the public that their individual action at home doesn't have an impact on national emissions," says Peter Shuey, Director of Ark Climate Group, which includes local and international offsets among its energy services.

Shuey's concerns stem from the fact that Australian carbon markets are mutually exclusive by design: The government proposes that any regulated emissions sources cannot supply additional offsets to the voluntary market and vice versa.

This "wall" between the voluntary and compliance markets is common to all emissions trading schemes, particularly those that are used to comply with international commitments.

The Australian government aspires toward 100 percent coverage of national emissions with its mandatory cap-and-trade scheme and broader Kyoto commitment. This leaves little to no room for a voluntary market based on domestic, much less local offsets.

Some critics concede that the disappearance of the domestic voluntary market is acceptable if government emissions targets are in line with the latest climate science, which currently calls for reductions between 25 to 40 percent below 1990 levels by 2020.

If national targets are inadequate, however, the government will have immobilized the voluntary market as an option for achieving additional abatement.

The Australian government has committed to an emissions target that is 25 percent below 2000 levels by 2020 if other nations agree to a 450 parts per million global target at the international climate negotiations at Copenhagen in December.

If negotiators fail to reach this ambitious agreement the government will commit to reductions of between five and 15 percent below 2000 levels by 2020, falling far short of recommended reductions.

Shuey and other critics fear that that the proposed mandatory scheme limits Australians' ability to finance domestic abatement beyond the government's potentially weak national emissions targets.

They are also concerned that the government's proposed alternatives to domestic offsets -- including federal voluntary programs to promote emissions reductions above and beyond national targets -- may lack the local flavor to sustain Aussies' demand for voluntary action.

The policies in question stem from the proposed Australian Carbon Pollution Reduction Scheme, which will go before the Senate for a second time later this month. The scheme is the government's primary tool to meet its long-term carbon emissions targets. As written, it regulates, or "caps" around 75 percent of national greenhouse gas emissions.

The scheme covers a majority of the nation's emissions while directly impacting only the nation's largest polluters. Approximately 1,000 firms will participate in the compliance market, but many thousands of smaller emitters will remain exempt.

Subsequently, it also stipulates that firms with a federal mandate to reduce their emissions cannot create offsets for use in the voluntary markets -- even if they exceed their own reduction targets. Simply put, this leaves around 75 percent of emissions sources off-limits to the voluntary market for domestic offset projects.

Though 25 percent of national emissions sources are not yet included in the scheme -- including emissions from forestry, land use change and agriculture -- the majority of these emissions currently count toward Australia's international Kyoto commitment.

Because the government is ultimately responsible for reductions made in these sectors, they occur as a result of a regulation and cannot also be sold as credits to the voluntary market.

Under this design, the compliance market has diminished and will continue to crowd out the domestic voluntary market. If the nation's targets are less than ambitious, Australians will be left with few options for financing additional domestic abatement to achieve more desirable environmental outcomes.

Shuey and other players in Australia's voluntary carbon market industry -- including local governments, carbon service providers and NGO's -- have voiced this concern to the government through written consultations.

The government's response may not have been what the industry had in mind.

On May 4, 2009, the government acknowledged many of the industry's concerns when it announced a suite of federal programs to accommodate additional voluntary abatement.

Among these initiatives, for example, is the Australian Carbon Trust Energy Efficiency Savings Pledge Fund, which makes it possible for Australians to make tax-deductible donations to the government, which then pools the contributions and buys permits from the compliance scheme, which are then set aside or "retired."

Offset retailers can also independently offer permits from the compliance scheme to clients who want to voluntarily retire them.

By reducing the number of permits that are available to polluters, permit retirement pressures the nation's dirtiest firms to reduce their carbon emissions beyond what's required by law, but Climate Positive's Carbon Manager Nick Witherow worries that permit retirement is not an adequate substitute for domestic offsets.

"By definition, permits are not related to a particular project and so have no real story behind them," he explains, adding that price is also an issue, because permits generated in the compliance market "will cost more than other instruments and therefore will increase the cost of (voluntary) offsetting." He adds, "I expect that this would reduce the number of people or businesses who actually end up offsetting."

The government has yet to announce any details of the standard. Offset retailers speculate, however, that the standard will only recognize high-quality international offsets, like those originating from Gold Standard offset projects, and some domestic land-use change projects. The standard is intended to restore consumer confidence in voluntary offsets, which has waned in response to public debate between the government and industry over the necessity and treatment of offsets.

"As regards the Energy Efficiency Pledge Fund, I find this an interesting move," says Witherow.

"The government has come under a lot of vocal criticism from the voluntary carbon industry," he adds, referring to charges that the government was disregarding the potential for voluntary domestic action. "Now they are essentially setting up a tax deductible carbon offsetting business themselves."

Permit retirement, through the Energy Efficiency Savings Pledge Fund or offset retailers, is the only way Australians can directly finance domestic abatement above and beyond national targets.

The government has also pledged to account for Australians' voluntary action when setting future emissions targets, using indicators like demand for home energy efficiency improvements and appliances, vehicle fuel efficiency and public transport. It has yet to release details on how or the degree to which voluntary action will impact cap-setting.

The Forest for the Trees

Long before permit retirement and the Pledge Fund became tools of the trade, the Australian voluntary carbon markets industry turned to another mechanism for local emissions reductions -- forest carbon projects.

Witherow says that tree planting projects have been a popular way for Australians to maximize the benefits of voluntary action. "Australians know the country was over-cleared and want to do something about it," he explains, "so it makes sense for them to 'kill two birds with one stone,' re-vegetate the country and offset their emissions."

Forest carbon contributes to the 25 percent of uncovered emissions, which also includes emissions from agriculture and land use/land use change and forestry.

The proposed scheme allows eligible forest land owners to voluntarily "opt into" the scheme and receive one scheme permit for every net ton increase in carbon sequestered through reforestation after July 1, 2010. The government will announce in 2013 whether the scheme will also include agricultural emissions, which constitute 16 percent of national emissions.

Uncovered emissions sources cannot necessarily create additional offsets for the voluntary market. Instead, most of these emissions count toward Australia's Kyoto commitment and therefore can't create domestic voluntary offsets -- this prevents companies from taking credit for the same reduction twice, or "double-counting."

Retailers point out that, despite concerns about double-counting and offset integrity, Australians will continue to demand offsets sourced from small-scale, community-based projects with a local story.

"Australians like the story of trees and they like to make a difference at home. They understand that trees uptake carbon and that their car emits carbon," he explains.

Echoing Witherow's observations, Shuey adds that "Companies opt for local projects even knowing that they're not additional."

Shuey, who is also director of Australia's Voluntary Carbon Market Association, predicts that some voluntary market participants will remain more interested in offsets with stories and local impacts than in those with credibility, including international offsets like those certified to the Gold Standard and Voluntary Carbon Standard.

This wasn't the case for European buyers, who embraced international offsets to meet domestic voluntary demand.

Ecosystem Marketplace's Fortifying the Foundation: State of the Voluntary Carbon Markets 2009 report found that over half of all volumes traded in the world's voluntary markets were purchased in the European Union, home to world's largest domestic cap-and-trade scheme.

According to Tim Hanlin, managing director of the Australian Climate Exchange, Australians will similarly turn to international offsets to go above and beyond national efforts.

Witherow is also optimistic about the industry's international options: "I think that the market generally likes a story with their offsets and for that reason project-based international offsets will remain popular."

Shuey, however, argues that Australian and European demand drivers are fundamentally different.

"I guess it is a part of Australia's attitude of having to look after yourself – and your mates -- and lack of dependence or trust in remote authority and institutions that make us more inclined to want to make a difference within our own backyard," he says. "The EU has accepted that if you want additional voluntary action, you have to fund projects in developing countries. For us to have a healthy market here, it's going to have to be based on local abatement."

The prospect of 100 percent coverage without accommodation for additional voluntary abatement is disconcerting to Schuey.

Hanlin recommends a similar voluntary scheme that "... links to a Carbon Pollution Reduction Scheme by reducing allocation of permits as voluntary instruments from local projects are surrendered to meet voluntary targets."

It might also foster public buy-in to the government's efforts by recognizing that additional local abatement projects satisfy a national desire to feel control over escalating ecological changes.

"As we experience increased storm damage, increasingly horrendous fire seasons, prolonged drought and irreversible damage to the Great Barrier Reef and other iconic ecosystems," says Witherow, "people are going to want to do more and demand the politicians do more."

If the Australian scheme passes as written, with no additional accommodation for domestic voluntary abatement, companies like Witherow's Climate Positive will work with what's available -- project-based international offsets and scheme permits.

Shuey describes what he believes will be the industry's response to the government's scheme: "It depends on the player. Some have already nailed their colors to the mast and are pushing (international offsets) from non-capped countries."

His own organization -- Ark Climate Group -- will "be pushing for recognition of local projects, but as we already have a pretty well established local consulting business in energy efficiency, having no offsets to sell won't cause us too much heartburn."

He concludes on a sobering note, "Others will simply find a new career."

Molly Peters-Stanley analyzed voluntary carbon markets as a climate policy officer in South Australia's Department of Premier and Cabinet. She graduated from Carnegie Mellon University's Heinz College with a Master of Science in Public Policy and Management. 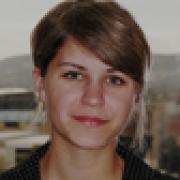 See all by Molly Peters-Stanley