There’s no denying that the aviation industry has taken a toll on the environment.

Air travel has become the norm in most parts of the world, and reductions in airfare have increased the number of flights yearly. As a result pollution, particularly carbon dioxide, has continued to rise.

However, these effects have not been ignored by the industry. Through technological advances in fuels, airplane modifications and internal efficiencies, manufacturers, airlines and suppliers are making positive improvements to air travel.

The recession that started in 2008 had a major impact on air travel — namely, losses of nearly $9 billion by the following year. In this cost-conscious climate, airlines clambered for more fuel-efficient planes.

As a result, major producers such as Boeing and Airbus, who already had begun looking into improving fuel consumption, kicked things into high gear.

These types of advances haven’t stopped with the improvement of the global economy.

Boeing’s ecoDemonstrator (PDF) program, for instance, uses a lightweight shell, anti-icing wing technology and wireless sensors to replace wire weight and improve fuel efficiency. The latest versions of the aircraft are also highly recyclable, with the aim of greatly reducing the amount of aircraft parts that end up in landfills.

Luckily, aircraft manufacturers also aren’t the only ones thinking green.

In 2011, Honeywell’s Green Jet Fuel was approved for use in commercial aviation. The biofuel derived from camelina (the staple crop for fuel), has been proven to reduce fuel usage and emissions by 65-85 percent when compared to petroleum-based fuels.

Last year, United Airlines began using a 30/70 mix of the fuel to power flights from its Los Angeles hub in an effort to create a more sustainable fleet. In a similar fashion, Virgin Atlantic Ltd. has signed on to begin using Lanzanol, a form of ethanol that is 65 percent cleaner than traditional jet fuel, with the aim of converting 10 percent of its fleets to environmentally friendly fuels by 2020.

These changes aren’t the only way airlines are tackling fuel consumption.

Budget carrier easyJet announced plans to improve the efficiency of its fleet through small but important technological advances. By incorporating a hydrogen fuel cell into the hold of its Airbuses, engines can completely turn off when the airplane is taxiing or otherwise on the ground. These small savings will greatly reduce fuel consumption over time.

Today, airlines also practice "rightsizing." This term refers to the continuous rotation of aircraft fleets to meet demand changes. For instance, during off-season travel, such as the post-holiday winter months, many airlines use smaller, regional jets in place of their wide-body, larger fleets.

This cuts down on waste, allowing airlines to fly smaller, more fuel-efficient planes when many seats are projected to be empty. While a seemingly simple change, organizational improvements like this are projected to aid in halving emissions by 2050.

The supply chain can be a great friend or a serious foe to the environment. Global shipping of aircraft parts has the potential to disrupt marine life and to increase an array of pollutants.

But simple changes — and some major advances in technology — can greatly reduce environmental risks.

When it comes to global aircraft parts distribution, location matters. Rather than house everything in one central location, warehouses can store supplies relevant to the region, with the aim of reducing shipping times and the environmental impacts that go with them.

At aircraft parts distributor Kapco Global, parts are disseminated through 12 warehouses around the world. Purchasers can verify stock levels online at their nearest shipping location.

With advanced manufacturing, however, many of these parts may not even need to be shipped in the future.

Deemed by Guinness World Records as the largest single-piece solid object created using this technology, the tool was printed in only 30 hours — a vast improvement on the typical three-month time frame under traditional methods, and a glimpse of what's still to come. 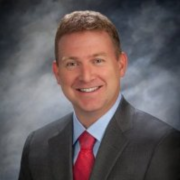 See all by Bud T. Miller