The balance of global oil and gas markets is changing — fast

The middle of this month saw the start of the Abu Dhabi International Petroleum Exhibition and Conference (ADIPEC), which has become a venue for the global energy conversation. Its prestige is an indication of how Abu Dhabi has become one of the new "centers of gravity" in the oil and gas markets.

This was not always the case. For decades, the oil market and the geopolitics of oil turned on the axis between developed North Atlantic importing countries and the exporting countries of the Middle East, managed by seven international oil companies. The 1970s saw those companies lose control of Middle East production as crude oil prices trebled.

From 1980 to 2017, consumption continued to grow in the Americas and Europe by 9 million barrels per day (mbd), but production grew by 12 mbd. Thi reduced the area’s deficit by 3 mbd — a third of consumption. However, for the Asia-Pacific region, the deficit increased by 21 mbd, as production grew by 3 mbd but failed to keep up with a 24 mbd increase in consumption.

Middle East oil surpluses matched or exceeded Asia-Pacific’s growing demands until around 2010-12. But that era is over. Asia-Pacific’s oil deficits have overtaken the surplus from the Middle East, and the region’s consumption will keep growing, while the lack of resources means that the region’s own production will not keep up. The shifting role of the CIS states

When the Soviet Union dissolved in December 1991, no infrastructure existed for oil exports to Asia-Pacific.

Since 1991, the surplus in countries in the Commonwealth of Independent States (CIS) has grown, as their oil demand fell by about 4 mbd (half due to loss of the oil share of energy demand), and production recovered by 6 mbd, following industry reorganization, with various kinds of private and foreign participation. The pivot to Asia

New infrastructure both supports and limits the CIS pivot toward Asia-Pacific markets: the ESPO pipeline from eastern Siberia to Kozimno port/Nakhodka for sea export, for example, with spur lines delivering direct to China; export capacity in Sakhalin; and an oil pipeline from Kazakhstan to the Chinese pipeline system. The capacity of these pipelines can be expanded from about 0.5 mbd to almost 1 mbd by more pumping stations, drag-reducing agents, or construction of additional pipelines (at great cost).

Infrastructure has been financed by Chinese investors through advance purchase of crude, loans or other financial arrangements. There is some financial risk due to the 20-30-year project lives. There is also policy risk that some eastern Siberian production capacity will be redirected to replace depleting supplies in Western Siberia for export to Europe.

The new dynamic in global oil

The new dynamic in global oil balances is, therefore, a four-way, constantly shifting equilibrium between the Atlantic and Asia-Pacific deficit countries and the surplus regions of the Middle East and CIS. The Atlantic market is guided by competition in two large liquid markets: the U.S., priced off of West Texas Intermediate; and the European market, priced off of Bren. Dubai is beginning to be used as a marker in the much smaller Pacific market.

The new dynamic in global oil balances is a four-way, constantly shifting equilibrium between the Atlantic and Asia-Pacific deficit countries and the surplus regions of the Middle East and CIS.

State-controlled companies dominate both supply-side and imports in most Asia-Pacific countries, where state-importing companies fund many imports by long-term purchases underlined by government-to-government deals. In Europe and North America, crude and retail markets are dominated by a diversity of competing private-sector companies.

In 2016, OPEC, the Russian Federation, Mexico and nine other countries launched a political Declaration of Cooperation (PDF) with the purpose of stabilizing global oil prices through agreed short-term adjustments to production, reviewed by a Joint Ministerial Monitoring Committee. The combined production of these countries in 2017 was 60 mbd (about two-thirds of the world total), compared with 43 mbd for OPEC alone.

Their agreed adjustments have been broadly achieved.

Natural gas supplies only about 11 percent of energy demand in Asia-Pacific, compared with 23 percent globally. Gas is supplied by pipelines from Russia and Turkmenistan and by liquefied natural gas from the Middle East, Sakhalin and Australia. Chinese companies invest in gas projects with Russian companies.

Policy favors increasing gas use, given the environmental costs of the region’s high coal burn (half its total energy demand), especially in China. Apart from Australia and Qatar, major new suppliers to Asian countries will come from the same long-term balancing suppliers as oil: the Middle East and the CIS — and possibly North America and East Africa. Future growth requires new investment and a pricing system that encourages both increasing demand and increasing supply in connected markets.

The world of oil and gas has undergone a significant rebalancing in recent decades. The interaction between sources, infrastructure, investment and demand is not easy to predict. The emergence of U.S. gas exports, variable transport costs, the investment necessary to establish new LNG supplies in Asia-Pacific and east Africa, the need to underpin commercial gas strategies with government-to-government deals, the speed and scope for new nuclear investment and the scale of coal-use reduction will affect the global markets.

As the industry met at ADIPEC to discuss current trends, it's fascinating to see how this rebalancing plays out. 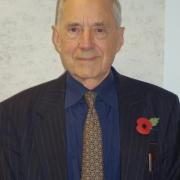 See all by John V. Mitchell