Ag tech gets a lot of buzz these days — with talk of drones, sensors, data-reading apps on tractors and new genetic engineering tools hot topics in Silicon Valley and recipients of a surge of investment. But the reality is that not much of that technology is yet in the fields.

According to AgFunder, while investment in ag tech nearly doubled last year to $4.6 billion from $2.4 billion in 2014, the commercial adoption of new ag-tech products is generally "soft" with farmers agreeing to free or deeply discounted beta trials of new tools but not often buying them for long-term use.

The plan is to fill what they say is a crying need for capital to commercialize the most promising innovations in agriculture tech. Radicle already has $6 million committed from founding members and others.

We've taken what Silicon Valley has done very well in the acclerator space and adapted it to agriculture.

"From our perspective we have a radically different approach," Kirk Haney, CEO of Cloud Break, told GreenBiz. "We think it very different from anything in market place today — we've taken what Silicon Valley has done very well in accelerator space and adapted it to agriculture."

An accelerator, as opposed to an incubator, works with proven concepts, the founders said, and provides the money and mentoring needed to get it to commercial market.

Bayer’s Geoff Kneen, manager of R&D Licensing and New Ventures for Bayer in North America, said the partners see big "gaps" in money and advising needed by entrepreneurs to get from proof of concept to the next step.

"Radicle is seen as needed to bring capital resources necessary to accelerate companies with proven concepts," he told GreenBiz. The average size of its deals will be $500,000 or as much as 10 times the size of most ag-tech deals done today. Despite the seeming plethora of new ag-tech funds — Monsanto and Microsoft announced one this week and an ag tech-fund involving Bayer was announced last month, all while Google Ventures, Kleiner Perkins and other venture firms have ag-tech funds — Radicle claims that most fund promising ideas or startups instead of proven concepts.

Radicle, instead, aims to inhabit a unique middle ground to fund the hurdle of getting scientifically proven concepts and business models to commercial readiness. 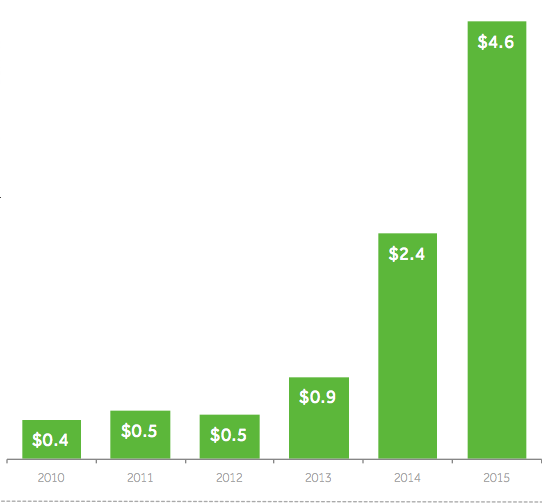 Much like capital-intensive fields such as energy storage or clean transportation, market data collected by AgFunder and others confirm a gap between commercialization and innovation in the ag-tech field.

"While there is no sales data publicly available for ag tech, our discussions with farmers have indicated that most ag-tech offerings are not widely accepted at this point," Duss and Kolb wrote.

They said the plethora of technologies are mostly experiencing "soft" adoption of farmers trying the technologies in free or deeply discounted beta trials, while actual purchases for ongoing deployment is scant.

While there is no sales data publicly available for ag tech, our discussions with farmers have indicated that most ag-tech offerings are not widely accepted at this point.

One problem is that U.S. farm income fell 36 percent in 2015 from 2014, according to U.S. Department of Agriculture estimates, so farmers don't have a lot of spare cash to spend.

But Kolb and Duss foresee an uptick coming in ag tech, such as digital ag and developments that enhance farm productivity and yields.

One driver is sheer market demand in a world where population growth is on track to reach 9 billion by mid-century. But other drivers are that the technological advance of cloud computing combined with the reach of broadband into rural areas really can bring benefits to productivity strained farms in a water-scarce world. Moreover, a generational turnover in farm ownership is about to occur, they said, with younger people who likely will want such technology.

So what will Radicle fund?

Bayer's Kneen described four agricultural segments Radicle will focus on. In each, early stage innovation has developed "proven concepts" that no longer leave doubt in the science or the market need but which "need capital injection" to get to commercialization: 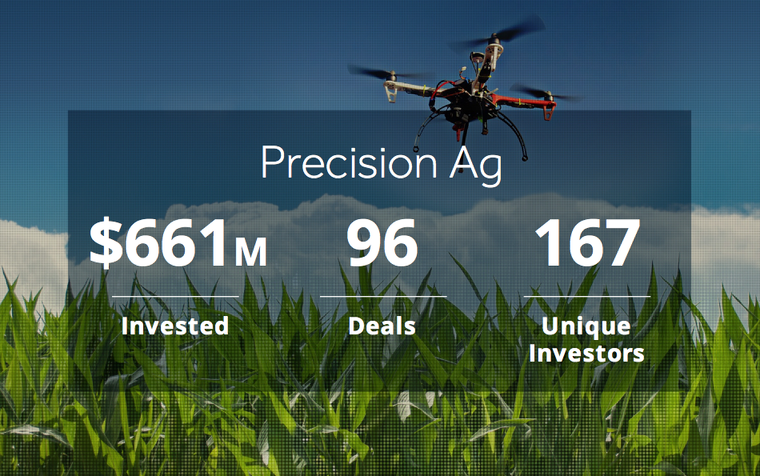 Digital or precision agriculture, despite its promise and hype, resulted in 96 fairly small deals in the U.S. last year that together attracted $661 million, according to AgFunder. That's small when you consider that agriculture is a $374 billion industry in this country and farm productivity — which precision ag is designed to increase — has been flat in recent years.

But just as cloud computing has altered numerous industries from software to entertainment to medicine to communications, it could alter and greatly benefit agriculture. Because sensors attached to tractors or drones or irrigation sprinklers can pick up data on soil moisture and nitrogen content and collect reams of it as those tractors travel from field to field or a drone hovers over acre after acre, farmers can receive data and adjust water and other inputs on a field-by-field or row-by-row basis.

According to a scientific abstract in Nature magazine, "Effective genome-editing systems are the Holy Grail for molecular biologists although the methods currently in use appear cumbersome by comparison with the CRISPR technology.

Food systems scientist Maywa Montenegro  of University of California at Berkeley calls CRISPR a game changer in that CRISPR could be used in nearly every plant and creature and cell type to change their genetic makeup, so has implications from farming to medicine to ethics.

But one of its promises is boosting food production. It already has been used in growing wheat rice, sorghum, tomatoes and oranges to boost crop resistance to pests. 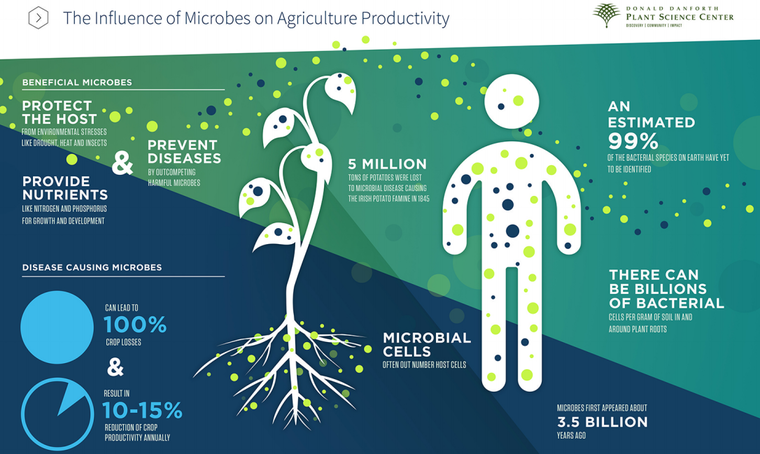 Microbes are the tiniest creatures on earth and huge colonies of them are found around plants, inside animals — including humans — on trees and in soil. Lately their importance and potential have gained increasing attention.

But microbial solutions are a new area for agriculture — with new products just recently coming out of laboratories ready to hit prime time. Some fast-growing companies such as Novozymes are benefiting from this new science already.

A number of agricultural scientists are discovering that microbes can protect plants from pests and invasive species as effectively or better than chemicals — but without the chemical pollutants to groundwater, soil and even air that pesticides and chemical crop protection emit.

Kneen said microbial advances in agriculture are very promising but not yet sufficiently developed for wide commercial use.

Microbial agriculture "is also very big and popular with startups but again they need capital" to bring them to commercial scale. Because microbes occur naturally in biology, they are more sustainable, produce fewer greenhouse gas emissions and have fewer regulatory hurdles associated with their use, Kneen said, particularly when compared to new chemical fertilizers.

But "at the moment they are not as effective as chemical crop protection" products, he said, so they need further development to commercialization.

The 20th century practices of agriculture that trended toward mono-crop cultivation and heavy use of chemical fertilizers and pesticides are giving way to new farming methods that are more sustainable, particularly in cattle ranching, dairy farming and chicken production. Radicle hopes to fund ideas it sees as ready for commercial success.

What can Bayer and DuPont bring to the table as an ag tech accelerator fund?

Because Bayer Crop Science and DuPont Pioneer are huge agriculture R&D and product development operations, they have laboratories and scientists and technicians at the ready.

Kneen said one unique aspect of Radicle "is it is a virtual accelerator" and has no physical setting. That, he said, is important as agriculture is a worldwide activity. Requiring agricultural entrepreneurs to pick up and move to, say, Silicon Valley, just wouldn't work.

As a virtual accelerator, Radicle can offer laboratory space at Bayer and DuPont to funded entrepreneurs. It also will offer access to mentorship from the ranks of Bayer and DuPont product developers, marketers and other business professionals. Finistere and Cloud Break are doing the same.

'Edited' food: Is this obscure tool a game changer for GMOs?

Organic farming with gene editing: an oxymoron or a tool for sustainable agriculture?