Behind Adobe’s bold plan to build an all-electric building

Adobe is making two big bets with its plan for its newest building, the North Tower, which broke ground last month in downtown San Jose, California.

First, that all-electric buildings will be the way of the future.

Second, that it’ll figure it out as it goes along.

In a company first, Adobe announced that it plans to make the North Tower all-electric and to (eventually) run off 100 percent clean energy.

The North Tower is being built alongside three other Adobe buildings that make up the company’s global headquarters. The newest addition will be the largest, at 18 stories and 700,000 square feet. It’s expected to accommodate 4,000 employees, more than doubling Adobe’s employees in its headquarters.

The decision is significant as California looks to meet its climate goals. The building sector is the second-largest source of greenhouse gases in the Golden State, accounting for around a quarter of emissions. Currently, a fight is brewing between advocates for deep decarbonization and gas companies about the energy source of the future: renewables or natural gas.

Adobe’s decision to go all-electric with its new, shiny building is a signal to others about where it sees the future.

Vince Digneo, Adobe’s sustainability strategist, shared on a phone call that he took part in the North Tower’s first planning meeting in June 2018.

Figuring out how to be all-electric

To the best of Adobe’s knowledge, the North Tower will be the first all-electric office building in Silicon Valley. That means the team had few buildings from which to draw inspiration. The design team looked at some best practices in the space blended with different elements and new ideas.

"When you look at buildings and builds and new construction, it’s easiest to go with what’s tried and true and well-known," Digneo said. "It’s really difficult to evaluate something that hasn't been done before. That’s exactly what the case was with this."

Even though the company has broken ground on the project, it still isn’t sure which technologies ultimately will be used in the final building. That means it also isn’t sure what the projected price tag will be.

Digneo said key to getting internal buy-in was education. The engineers, architects and energy consultants felt strongly about going all-electric, and reached up to their managers to explain the merits of avoiding natural gas.

Also important was to evaluate natural gas and electricity from the grid in a way that was "appropriate" and consistent across models, including predicting future prices and potential economics of both fuel sources.

It also helped that the all-electric idea got tremendous support from employees at a moment when top tech companies are fighting for the best talent.

"There was a lot of employee enthusiasm around the idea of ‘electrify everything,'" Digneo said. "That made a big difference in us doing it."

With California’s new decarbonization goals, more examples are popping up around the state and nation. Kilroy Realty’s portfolio, for example, is 17 percent all-electric (PDF), and the company is in the midst of building new office buildings without any natural gas hook-ups, including a city block in Los Angeles and a mixed-use building in San Diego. 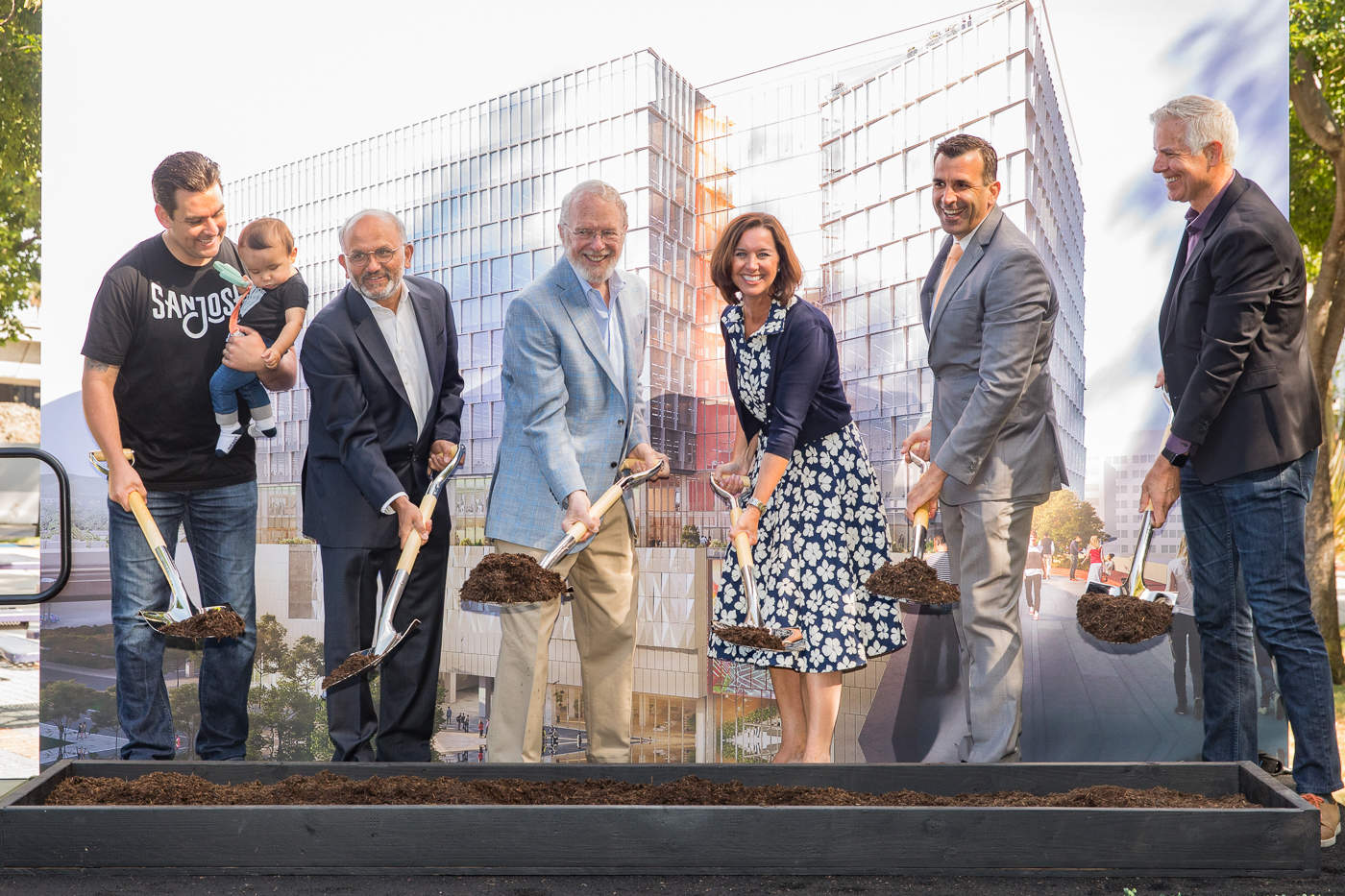 Greening the grid … and the community

Of course, all-electric buildings only reduce emissions if the electricity comes from clean sources.

"That means it's not just for us and our new building; the entire community will be running on community energy. And that’s the goal," Digneo said. "You can throw offsets at anything and call your building green, but when the museum or the elementary school or library in the same neighborhood are not on clean energy, what are you doing here?"

Adobe aims to eventually switch all of its buildings to all-electric, as new technologies become available and are economically feasible. That includes almost 10 buildings that it owns and manages globally.

The future is climate-friendly software

Could next-gen geothermal provide the clean firm power we’ve been looking for?