Behind the scenes: How Mars sources renewable energy

We recently heard from Mars, Incorporated's chief procurement and sustainability officer, Barry Parkin, about the company’s plan to tackle its ambitious climate goals in an EDF+Business “Business of Sustainability" podcast. Its Sustainable in a Generation plan details Mars’ commitment to procure 100 percent renewable energy. Mars is plowing full speed ahead toward these goals and recently, Mars Australia signed 20-year power purchase agreements (PPAs) to generate the equivalent of 100 percent of its electricity from renewable energy by 2020.

What I like about Mars is that it is always willing to share tips and best practices so that other companies can learn how to start mitigating its impact on the environment. I sat down with Mars’ renewable energy manager, Winston Chen — who has been with the company for 15 years — to learn more about its renewable energy strategy and what other companies can learn from being innovative when looking for ways to decarbonize the energy they need to make its products.

It has to be a balance. We don’t want to take the easy way out.

For a company that has been growing quickly over the last few years, it can be a challenge to achieve absolute reductions in the overall carbon footprint. As the sixth largest privately held company in the U.S., Mars has over 50 factories just in the United States and is constantly expanding with manufacturing facilities, offices and retail locations in almost every country in the world. Strong growth, however, didn’t stop Mars from setting an ambitious target to eliminate fossil fuel energy use and greenhouse gas emissions from global operations by 2040.

Winston told me that in order to manage the company’s growth year after year while also meeting its sustainability goals, Mars has to invest significantly in both energy efficiency and renewable energy, which it does through a four-pronged strategy:

2. Operational excellence: Ultimately, energy demand not only depends on the efficiency of the technology but how it is used on the factory floor; so Mars works with its employees to optimize the operation of energy-using equipment to minimize waste while improving productivity.

3. Process design innovation: Reinventing how things are made can reduce energy demand. Mars invests in innovation to rethink its manufacturing processes — for instance, in its baking and drying processes to make pet food — to minimize energy use.

4. Renewable energy: Mars also looks for solutions to decarbonize its energy supply, working with developers and utilities to procure renewable energy through PPAs.

While Winston says that renewable energy projects can be easier to implement, it doesn’t make sense for a company to only focus on renewables. He told me it is important to think about the whole picture of a company’s environmental footprint.

It has to be a balance. We don’t want to take the easy way out. It’s easy to sign another PPA contract and not focus on our own facilities and processes to reduce our actual energy consumption. That last part is the most critical component of the strategy.

Mars’ goal is to reduce its energy intensity on an annualized basis by roughly 2 percent to mitigate the overall increase of its carbon footprint because of business growth.

Finding new ways to become more energy efficient is smart business for any company. With technologies widely available on the market to help companies innovate and save energy, solutions that benefit bottom lines and mitigate environmental impact abound. For example, an overwhelming majority of executives at top companies say they are using innovative technologies to drive profitability and environmental performance, according to a recent EDF survey. More than 70 percent of executives surveyed said their business and environmental goals are more closely aligned than they were just five years ago, primarily due to advances in technology.

Mars is good at making chocolate and pet food, but we’re not an expert in producing power.

Companies have a number of options for procuring renewable power including investing capital to install onsite renewable energy projects. I asked Winston why Mars prefers using PPAs, which account for almost all of its renewable energy investments. One of my favorite moments from my conversation with Winston was when he stated, "Mars is good at making chocolate and pet food, but we’re not an expert in producing power."

Leaving energy production to the pros, Mars is able to scale the renewable portion of its energy supply quickly by partnering with other investors in large projects — such as a 60-megawatt wind project in Scotland — that will produce enough power to cover all of Mars’ annual electricity demand in the United Kingdom.

Mars’s PPA strategy has been to focus on its biggest markets first — which it has done over the past five years. This included supporting projects in the United States first, followed by the United Kingdom, Mexico, Australia, France, Poland, Spain and Belgium.

This insight is perhaps the best takeaway from my discussion with Winston. He explains it perfectly:

In today’s world, more and more people are focusing on making a lot of money but they’re not doing the right thing in terms of minimizing their impact on the environment. This is a big risk to a company’s reputation. I truly believe our renewable energy investments have actually improved our company’s standing in the world in terms of being a sustainable and responsible company.That’s very important to us, not just from a customer standpoint, but also because our associates care about what we can do as a company to minimize our impact.

EDF offers a webinar Sept. 5 to explain how businesses of any size can cut emissions and reduce risks related to climate change. 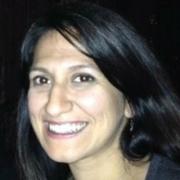 See all by Graziella Siciliano