Behind the scenes at the Sustainable Apparel Coalition

<p>How one sector came together to create a global sustainability index for their products.</p>

The story of the Sustainable Apparel Coalition begins with a letter designed to get the attention of even a busy CEO. At the top: the logos of Walmart and Patagonia. John Fleming, who was then Walmart’s chief merchandising officer, and Yvon Chouinard, Patagonia’s founder, signed the letter, which invited chief executives of some of the world’s biggest clothing companies–fierce competitors, ordinarily -- to join together to develop an index to measure the environmental impact of their products.

Creating a single approach for measuring sustainability in the apparel sector will do much more than accelerate meaningful social and environmental change. Standardization will enable us to maximize sustainability benefits for all buyers without investing in multiple sustainability technologies and certification processes, and ultimately empower consumers to trust claims regarding sustainably sourced apparel.

Finally, as an industry, we will benefit from the unique opportunity to shape policy and create standards for measuring sustainability before government inevitably imposes one.

…The time is right and the need is great for the apparel sector to move forward now, without further delay, in unison, with strong partners like you.

It was a risky proposition. What if it turned out that a competing company had a better sustainability story to tell? Would consumers be given access to the index? NGOs? Regulators? Most big retailers knew that they had very little visibility deep into their supply chains. Did they really want to find out, for example, that a supplier to one of their suppliers, in a factory they had never visited in China or Vietnam, exploited workers or dumped pollution into a nearby river? Any meaningful index would require companies to ask tough questions and, eventually, face demands from others to share what they had learned.

The letter went out on October 1, 2009. Less than three years later, despite those risks, the apparel industry has made major progress towards creating a global sustainability index, the Higg Index, to measure and score products, factories and companies. A first version was released today by the Sustainable Apparel Coalition, the nonprofit group that developed the index.

Its vision? Nothing less than “an apparel and footwear industry that produces no unnecessary environmental harm and has a positive impact on the people and communities associated with its activities.” The Sustainable Apparel Coalition (SAC) hired an executive director, Jason Kibbey, in January, and today it has more than 60 members, representing brands, retailers and suppliers who together account for more than a third of the global apparel and footwear industry.

Consumers won’t see labels with scores attached to their T-shirts, dresses or sports jackets for years, but some companies are already using the tool to measure the energy use, greenhouse gas emissions, water consumption, chemical use and waste of their factories around the world. 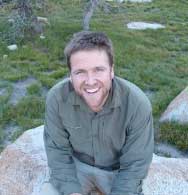 The coalition and the index mean to do more than drive incremental change, Jason Kibbey (left) told me when we spoke last week. “This is about industry transformation so everyone can benefit from reduced risk as well as efficiency,” he said.

How and why did the Sustainable Apparel Coalition and the Higg Index come together so quickly? To find out, I interviewed key players including Kibbey; Rick Ridgeway, the vice president of environmental initiatives at Patagonia and a member of the SAC’s board; Mary Fox, a former Walmart executive, who with Ridgeway got the coaliation going; Michelle Harvey of Environmental Defense Fund, a member of the group’s board; and John Whalen, a principal at BluSkye, a boutique consulting firm that helped guide the process. This story shows what an industry can do when people get together, commit to a goal and set aside as best they can their personal and corporate agendas.

Walmart and Patagonia, who gave birth to the coalition, are an odd corporate couple -- the Bentonville behemoth and the hip California outfit that got its start making gear for mountain climbers. The companies were brought together by Jib Ellison, the founder of BluSkye, who advised Walmart and its CEO, Lee Scott, on sustainability. A world-class rafting guide, Ellison is also a longtime friend of Ridgeway, a mountain climber, filmmaker and author who went to work for Patagonia after serving on its board.

One thing led to another and Yvon Chouinard was invited to speak at a big Walmart sustainability meeting, after which Mary Fox, Walmart’s senior VP for apparel sourcing, sought out Ridgeway. “We wanted to become more sustainable but we really didn’t know how,” Fox said. She explained to me that she went to Ridgeway and his colleagues at Patagonia and said, in essence, “please teach us everything you know.”

Ridgeway hesitated. Walmart, which had pledged to sell more environmentally-friendly products, wanted to expand its offering of organic cotton apparel. That niche had been cultivated and promoted by Patagonia. “They would probably commoditize organic cotton and they would certainly strain the supply chain,” Ridgeway said. Why share business intelligence with a rival?

But Patagonia, a privately-held firm, has an unusual mission statement: Use business to inspire and implement solutions to the environmental crisis. With that in mind, Ridgeway agreed to work with Fox and Walmart, and it was during those sessions that the idea for a broader effort, aimed at setting industry-wide metrics, took root. Someone suggested calling the project David and Goliath. “Sure, but on one condition,” replied a Walmart exec. “You’re Goliath and we’re David.” Everyone laughed, and Walmart agreed to fund the project’s development. 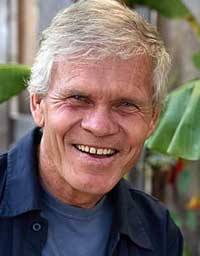 Ridgeway (left) and Fox put together a steering committee, taking care to invite only companies and executives that they believed would support the effort. They chose not to work with any existing industry group.

“An industry association, by definition, exists to protect the interests of all its members,” notes BluSkye’s John Whalen. “We started with a set of companies that we were confident would want to set a high bar and move fast.”

They also insisted that companies designate one person to work on the coalition, and send that person to all its meetings. “We didn’t want to get new people up to speed, every time we got together,” Ridgeway said.

Some companies had to be persuaded to join. On a series of conference calls, Mary Fox did her best to convince Nike that Walmart was serious about sustainability. “They were pummeling me with questions,” she recalled. Getting Nike was critical because the company had built a design tool and database, called the Nike Considered Index,analyzing the environmental impact of materials that go into footwear and apparel. Later, Nike agreed to make its database public and share it with the coalition.

The group held a get-acquainted dinner in New York early in 2010. Fox took them on a tour of Walmart’s office and showroom in the Fashion District. “My competitors, Target, Kohl’s and J.C. Penney, couldn’t believe that I was taking them around the office,” she said. In April, 2010, the group held its first official meeting in Chicago. Participants included Patagonia, Walmart, Target, Gap, Kohl’s, Levi’s, Nike, J.C. Penney, Esquel, H&M, Hanes, Li & Fung, Marks & Spencer, The Otto Group, Timberland, Duke University, the EPA, the Environmental Defense Fund and nonprofit labor-rights group Verite.

A key reason why the companies agreed to work on common metrics around environmental issues was that, when it came to labor and workplace issues, they had already learned how wasteful and messy it is to go it alone. Virtually all of the big apparel companies—to the dismay of their suppliers—have their own code of conduct, inspectors and reporting system. This means that a single supplier with many customers can be inspected and audited numerous times. The retailers and brands didn’t want to duplicate efforts all over again when it came to setting environmental standards

From the start, the group was guided by several principles:

“That was one of the few times, maybe the only time, when someone raised an objection,” Ridgeway remembered. But, by then, people in the group had come to respect Nike. Said Ridgeway: “To me, Nike is the sustainability leader in apparel and footwear, among all of us. There’s nobody in the group that has contributed more to our collective efforts.”

Over a period of many months, working groups developed the index which has hundreds of data points. It needed a name. Higg came from the search for the Higgs-Boson particle. The index reflected “our search for the particles of sustainability,” Kibbey said.

The Start of Something Big?

Now that the index is out, will it matter? All the companies have promised to use it, but some will obviously deploy it more widely than others and, for now — despite a commitment to transparency — the companies that use the index are asked to agree not to publish or promote their scores. That’s because the index is complicated, and data will be need to be checked and validated before scores are released.

“We need to make sure that whatever we are communicating is totally reliable,” Kibbey says. “It’s only going to work if it’s as reliable as the calorie numbers on the back of candy bar.”

I asked him by email when consumers could expect to see scores on clothing labels. He replied:

We’re currently using the Higg Index to do self-assessments for a company’s internal use. We’ll be taking results from those assessments to refine the Index itself and improve the quality of the data it collects. We will then look at data validation and eventually verification of the Index outputs. Once the data becomes reliable and extremely credible we’ll look at communicating the Index ratings to stakeholders and consumers. We’re at least a couple of years if not longer from reaching that point and we’ll only move ahead with releasing Index results when we can assure they are credible.

So, for now, consumers will have to trust that progress is being made.

Michelle Harvey of Environmental Defense, a member of the coalition board, has been impressed by what she’s seen so far. “I’m pretty confident that it’s going to move the needle,” she told me. “It’s way too soon to say it’s going to change the face of the industry.”

A couple of final thoughts. Unlike other industry groups, the Sustainable Apparel Coalition doesn’t aim to establish a single standard of sustainability. Instead, it is setting aspirational goals that will take time for companies to meet. “We’re not trying to make an industry less bad,” Kibbey says. “We’re trying to create a platform for continuous improvement with some very lofty goals.”

What’s more, the groundwork laid here will likely lead to indices for other consumer products. Work is under way to develop a footwear index, and some bicycle makers would like to track the environmental impact of their products. “The hope is that it will organically — no pun intended — expand out into the world,” Whalen said.

Over time, the scores for companies should make their way into the hands of investors, employees and reporters, as well as consumers. “That has the potential of rewarding companies that are revealing clearly and transparently a superior sustainability commitment,” Ridgeway. Put another way: this could be the start of something big.