Google is joining high-tech peers such as Apple and Uber in the rush to hire talent well versed in Capitol Hill politicking.

According to a LinkedIn account in Brandt's name, she joined Google in July and "will be leading the development of their corporate sustainability strategy."

Google did not dispute Brandt's hiring in response to questions from GreenBiz, but the company has yet to formally announce the move. 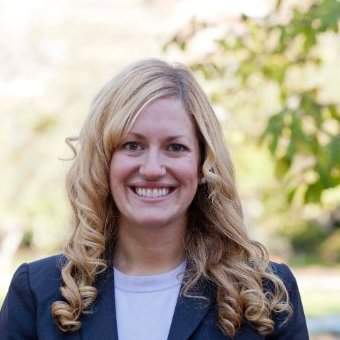 Instead, a spokesperson referred all inquiries about how Brandt's role might fit into Google's restructuring to a blog post by founder Larry Page. In the post, Page outlines how Alphabet will serve as a central holding company for Google spinoffs such as self-driving cars and life sciences. He does not address how corporate social responsibility might fit into those plans.

It may sound odd that Google — a company that has publicized more than $1 billion worth of investment in clean energy — wouldn't already have an overarching sustainability strategy in place.

Observers say the move by Google to hire a D.C. policy expert could underscore a maturation of in-house sustainability efforts at large tech firms, where there often isn't a clear road map to achieve ambitious environmental goals.

"One of the things we are increasingly seeing for IT companies who want to reach goals like becoming 100 percent renewably powered is that, often, the biggest obstacles for that are policy-related," David Pomerantz, a senior climate and energy campaigner for Greenpeace, told GreenBiz.

Apple provides perhaps the clearest example to date of turning to a policy veteran on sustainability. Since May 2013, former EPA Administrator Lisa Jackson has been running the company's environmental initiatives, as illustrated most notably with an $848 million solar buy earlier this year.

While not as explicitly tied to environmental issues, ridesharing giant Uber's hiring of ex-Obama campaign manager David Plouffe in mid-2014 — during a time of mass confusion over how to regulate rapidly evolving mobility services — provided another example of a public-private sector career jump with big potential corporate citizenship implications.

When it comes to how energy issues could factor into strengthened ties between Silicon Valley and Capitol Hill, Pomerantz said tech companies are likely to confront a steep learning curve.

"It is different than lobbying for tax credits," Pomerantz said, adding that time will tell how significant the hire is. "Don’t expect any one person to work miracles. Change can take a little bit of time."

While tech companies are increasingly associated with progressive views on climate change and the economics of renewable energy, making good on green energy goals is by no means a given.

The constellation of renewable energy buying options is expanding with corporate purchasing alliances and financial innovations, such as digital power purchase agreements (PPAs). But buying wind, solar and other renewables still isn't easy — especially in markets where utilities and regulators have done little to curb fossil fuel dependence.

"Often utilities are very reticent or reluctant to enable that," Pomerantz said. "They’re in some cases highly, highly regulated and protected monopolies."

While Google and peers such as Apple already spend millions lobbying the federal government on issues — corporate tax codes, cybersecurity and other policy issues directly related to their core businesses — the energy needed to power their operations traditionally hasn't been a big policy focus.

Here's a snapshot of Google's lobbying expenditures to date and the issues that come up most frequently in the company's disclosure reports, according to the nonprofit Center for Responsive Politics:

While environmental issues don't appear frequently on the lobbying docket, wind power does show up in two Google lobbying documents so far for 2015 — which make sense given that the company announced a major new deal to power its headquarters with wind energy in February.

Whether growing tech lobbying groups wade farther into renewable energy issues could be significant both logistically, potentially making it easier for businesses to buy clean energy, as well as symbolically. Some suggest, for instance, that tech companies could make great poster children for climate action in the run-up to the United Nations COP21 climate talks this December in Paris.

“At least 11 big IT companies have committed to 100 percent renewables," Ryan Schuchard, associate director of climate change for nonprofit sustainability membership group BSR, said at a recent industry event in Silicon Valley. "(Tech) has one of the best levers of any sector to move on renewables."

Already, big time tech executives publicly have taken up the clean energy mantle on a few occasions in recent memory.

Still, activist groups including Greenpeace, which publishes an annual report on the greening of the tech industry, say that more work remains to be done on data center energy use and electronics manufacturing supply chains in particular.

“Before they are able to take on a role of evangelist, they’ve still got their own work to do," Pomerantz said. "Ideally, we want tech companies who are both walking the walk and talking the talk on renewable energy."

While large, cash-rich tech firms have been quick to jump into renewable energy buying and setting bold public sustainability goals, they've been slower in some cases to actually staff up in this department.

Although corporate social responsibility efforts have a history of being relegated to the fringes at large companies focused on short-term investor returns, relatively young tech companies such as Apple, Google, Amazon and Facebook have gravitated toward the financial appeal of increasingly affordable renewable energy, along with ancillary branding and recruiting benefits.

Google's career site, for instance, includes a section on "moving sustainably" that boasts perks including "biodiesel commuter shuttles, electric car-share program, plug-in charging stations for employees, and fleet of gBikes." A separate "Google Green" site includes both data on the company's internal investments and operations — they've been carbon neutral since 2007 — and external efforts, such as mapping rooftops for solar energy potential.

When it comes to the executives that actually dream up and implement sustainability programs at tech companies, the charge from the C Suite is often broad in nature.

Apple, for instance, promoted Jackson earlier this year to a new role as vice president of environment, policy and social initiatives, putting her in charge of the company's increasingly robust global government affairs efforts. Jackson, who was unavailable for an interview, reports directly to Cook.

“When a company brings in somebody like Lisa Jackson and she is given a lot of power within the company, that can be a really good sign," Pomerantz said.

In Brandt, Google is getting a veteran of the Obama campaign who went on to serve in multiple environmental and climate-focused roles at the White House, Department of Defense and Department of Energy.

She was tapped by the president to serve as the the administration’s federal environmental executive in April 2014. In March, an executive order promoted Brandt to chief sustainability officer for the federal government, overseeing the environmental impact of some 600,000 vehicles, 500,000 buildings and $445 billion worth of goods and services. 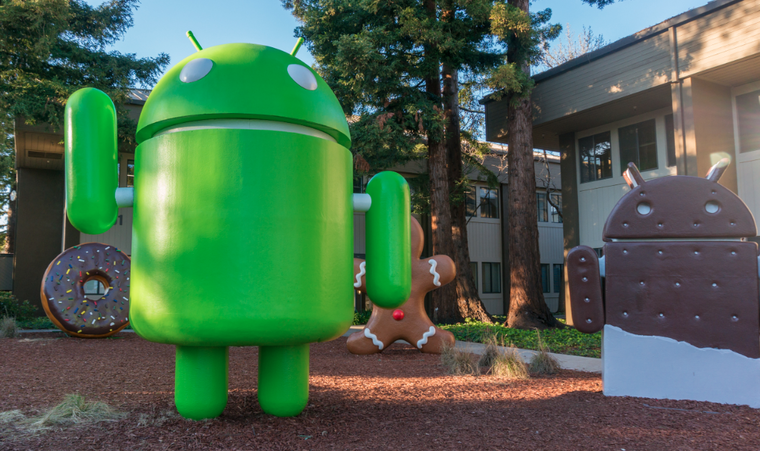 How that experience will translate to Google remains to be seen. In addition to aiming for 100 percent renewable energy, the company is also growing its data center and building portfolio around the world — not to mention new business lines with big environmental implications, such as autonomous vehicles or drones.

A search of Google's current job listings returns 40 positions that include the keyword sustainability.That includes everything from an "energy strategy associate" to a food program "quality assurance and risk manager." (A few listings refer to sustainability in an operational context, such as business development roles to "build sustainable and strategic relationships.")

Something of a foil to Apple and Google can be found in Amazon, which just hired its first chief sustainability officer, Kara Hurst, last year. Rather than a public policy background, Hurst is a veteran of the corporate sustainability world as the former CEO of The Sustainability Consortium.

The logistics giant, with its complex supply chain and growing web services arm with energy-intensive data centers all over the world, has been called a sustainability laggard by advocacy groups and remains publicly silent about its approach to environmental issues.

A spokesperson for Amazon declined to make Hurst available for an interview, or to provide details on her current priorities for the company.

Of the thousands of jobs open at the company, ranging from warehouse positions to senior executive roles, 59 jobs contain sustainability as a keyword. Like Google, some of Amazon's listings use sustainability in the sense of long-term stability (such as networks engineered to last) rather than an explicitly environmental capacity.

Open positions at Amazon include: a conflict minerals program manager; a senior manager of economic development; and a "business and merchant development" employee tasked with selling web services to energy and utility companies grappling with an evolving market. Earlier this spring, the company was hiring for a sustainability program manager.

Although Amazon Web Services quietly set its own 100 percent renewable energy goal late last year, activist groups such as Greenpeace are still watching to see how the company intends to balance rapid growth with sustainability efforts.

"Amazon’s central flaw on all of this is it’s so non-transparent on its energy footprint," Pomerantz said. "Is its renewable development getting swamped by growth in the dirty grid?"

From Google to GE, big shakeups in sustainable business