The cold cases for Ben & Jerry's ice cream, Klondike bars, Popsicles and other frozen treats from Unilever will soon be kinder to the environment under a plan to bring freezer cabinets that are more energy efficient and climate-friendly to the United States.

Unilever and Ben & Jerry's said the freezers will be coming to the U.S. this year, capping a nearly four-year effort by the ice cream company to switch to cold cases that use hydrocarbon refrigerants instead of hydrofluorocarbons with strong global warming potential.

HFCs are one of three powerful but relatively "short-lived" pollutants that are being targeted by a new program to address climate change.

"Since 2008, we have worked alongside Greenpeace in pursuit of a more responsible freezer for the U.S.," said Ben & Jerry's CEO Jostein Solheim in a statement on Valentine's Day, when the ice cream company and Unilever announced their plan.

Hydrocarbon-based freezers have been used in Europe for years but were not permitted in the U.S. until last December, when the U.S. Environmental Protection Agency ruled that the hydrocarbons propane, isobutane and R-441A are acceptable as refrigerants for household and small commercial refrigerators and freezers. 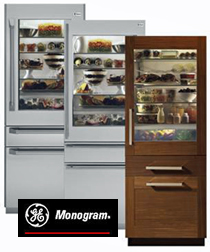 At the time, the agency acknowledged Ben and Jerry's, General Electric, which is marketing the HFC-free Monogram refrigerator, A.S. Trust & Holdings, which holds patents for R441A/HCR188C, and refrigerator maker True Manufacturing for pressing for the change.

Concern about the flammability of hydrocarbons was one of the hurdles Ben & Jerry's had to overcome when it wanted to test freezers that use butane, so the brand had Underwriters Laboratory conduct a safety review to gain permission from federal regulators for trials.

Ben & Jerry's received permission to begin its tests in 2008 and worked on the project with Greenpeace, which had pushed for hydrocarbon-based freezers since 1992 and developed its own solution, GreenFreeze technology, to address the problem.

Ben & Jerry's also drew heavily on the hydrocarbon experiences of its corporate parent Unilever. Unilever pledged to stop buying freezer cabinets that use hydrofluorocarbons in 2000 and started replacing its stock with hydrocarbon freezers in 2004 in non-U.S. markets.

The company says it is using more than 900,000 hydrocarbon freezers today. In addition to being HFC-free, the freezers being brought to the U.S. will use a least 10 percent less energy than the cold boxes they replace.