A better approach to economic development for indigenous communities

The following is excerpted from "An Economy of Well-Being: Common-Sense tool for Building Genuine Wealth and Happiness" by Mark Anielski (New Society Publishers, 2018).

First Nation, Métis and Inuit communities understand the value of family, traditions, culture and Mother Nature. To secure a resilient economic future and be business and investment ready, communities also need to understand the potential economic well-being benefits of their community assets. These include human (people), social (relationships, trust), cultural (traditions), built (infrastructure), natural (land, resources, water, traditional use) and economic assets. Good decision-making requires an assessment of the potential of a community’s assets within a planning framework that encompasses technical, business, legal, political, social and spiritual strategies for improved well-being. My hope is to work with First Nation, Métis and Inuit communities and businesses to provide them with strategic economic advice to help build the capacity to achieve economic self-sufficiency and a flourishing culture of well-being.

Most Indigenous communities, while materially and financially impoverished, are genuinely wealthy in tiers of culture, traditions, people, land and natural resources that reside both on their reserve lands and with their traditional territory. I see First Nations as the early adopters of a new economic paradigm of well-being.

Why a community asset assessment?

The first step in First Nations controlling their destiny (economic self-sufficiency) is determining the potential of a community’s assets and envisioning what the future could look like.

Natural capital including land, water, animals, plants, herbs and traditional medicines are of critical value to First Nations and their ability to flourish on the land. The 2014 Supreme Court of Canada ruling in favor of the Tsilhqot’in First Nation in northeastern British Columbia (Williams Lake area) clarified that First Nations have the right to enjoy the benefits of land and resources, which include traditional hunting, fishing and land use, that lie within their traditional territory. The unanimous 8–0 Supreme Court decision resolves many important legal questions, such as how to determine Aboriginal title and whether provincial laws apply to those lands. The decision has implications for future economic or resource development on First Nations lands that have been unresolved for over 150 years since the first treaties were signed in the 1860s.

This raises other fundamental issues with respect to the legal rights of Mother Nature itself. In March 2017, the Maori people of Aotearoa (the Māori name for New Zealand) succeeded in passing the Te Awa Tupua (Whanganui River Claims Settlement). The Whanganui River is the largest navigable river in Aotearoa. The new bill means it has become the first watershed in the world to be recognized as a rights-bearing entity, holding the legal status "personhood." This means that the river and its natural assets and ecosystem functions are no longer the property of the Crown/New Zealand government. In essence, Mother Nature owns itself. This has profound implications for similar aspirations of First Nations in Canada and around the world, who have long believed that no one has property rights or ownership over Mother Nature, be it land, water or sky.

For First Nations such as the Maori, the Tahitians and the Hawaiians, formalizing the legal recognition of the rights of ecosystems simply affirms their long-held cultural and spiritual beliefs that "I am the river. I am the ocean. I am the tree. I am the universe. The river, the ocean and the tree is me." According to their beliefs and values, there is no separation between humans and nature; the mountains and rivers are their ancestors. They consider these natural forces to be spiritual living beings. Therefore, to cause harm to Mother Nature through resource extraction or pollution is to literally injure one’s own body and community. This major seismic shift in property rights inconsistent with the Natural Laws of Indigenous peoples around the world.

Formalizing the legal recognition of the rights of ecosystems simply affirms their long-held cultural, spiritual beliefs that 'I am the river. I am the tree. The river and the tree is me.'

If Canada’s First Nations can secure similar legal rights for Mother Nature, recognizing the personhood of a river, a forest or a wetland within their traditional territories as the Maori have done, thus taking ownership away from the Crown (the government of Canada and ultimately the Queen/Westminster), this will be the first step in ensuring that nature itself can begin to heal from the damage we have inflicted on it through our own property rights hubris.

The New Zealand precedent means that nobody owns the land — rather, the land owns itself. This then shifts land and resource management one step toward sovereignty for Indigenous peoples, whose identity is inseparable from the land. As Kara Puketapu Dentice, grandson of the great Maori chief Kara Puketapu (Waiwhetu) and a land use planner and manager for the Maori Whanganui River Settlement, reminded me in November (during a TEDx Talk in Arue, Tahiti), our responsibility is to be in pono (right relationship) with Mother Earth. This can be accomplished only by recognizing that the mountains, forests and watersheds can be better protected by making sure that human responsibilities to the whole ecosystem take priority over resource extraction licenses. From now on, stewardship decisions about development in the Whanganui River watershed will be made by a council of two appointees — one Crown and one Māori — who will act on behalf of the river to uphold and protect its values, health and well-being.

This remarkable seismic shift gives us hope that land and water stewardship in Canada between First Nations and the Crown can become more harmonious, ensuring long-term well-being benefits to human populations while guaranteeing flourishing ecosystems. This would also represent an important step toward securing future economic well- being for First Nations, who may at last be able to speak for the well-being interests of current and future generations, not just of people but also of the forests, rivers, oceans and sky, as their spiritual relatives. I see this future as a win-win-win scenario for First Nations, provincial governments and industry, if the goal is to ensure the highest and best well- being returns on investment of time and energy in the wise stewardship of land, water and natural resources.

A natural capital assessment of the broadest suite of Mother Nature’s natural assets and unpriced ecosystem services that is aligned with the Natural Laws and these new legal structures will become the basis for sustainable land, water and air stewardship in Canada and around the world.

The community asset assessment and well-being planning process for First Nations begins by engaging the entire community in a dialogue about their values, needs, hopes, aspirations, Indigenous laws and traditions. The result is shared community’s values and a mutual understanding of the needs, gifts, skills, competencies and dreams of all members and clans of the Nations for a better life. It will also affect the articulation of Indigenous laws — most of which have been oral and never codified. Once codified, these Indigenous laws will form the basis of the governance of Indigenous economies of well-being that will in turn be respected by traditional courts of law in Canada.

An inventory and assessment of the community’s five assets of well-being will be conducted similar to the assessment for Valleyview, Alberta. The conditions of well-being can be assessed using surveys, but in First Nations communities, dialogue or sharing circles are likely to be more meaningful to their culture. Community well-being conditions will be assessed at the individual, household and clan levels, including assessing the mental, physical, emotional and spiritual aspects of the medicine wheel, along with other well-being metrics used in Bhutan or the Town of Valleyview.

The conditions of well-being can be assessed using surveys, but in First Nations communities, dialogue or sharing circles are likely to be more meaningful to their culture.

A proper accounting and valuation of a First Nation’s wealth or assets will ensure it is investment-ready to establish key partnerships for impact investors, businesses and economic development. The community asset assessment be conducted in consultation with the chief and council, clans (clan mothers), Elders, programs and services, members and other stakeholders. Through these deliberations, a First Nation community will develop a community asset well-being development plan and strategy for economic, employment and business development.

Accounting for the comprehensive wealth of a First Nation, using fair market and non-market valuations of the Nation’s assets, will strengthen that Nation’s capacity to negotiate agreements with government and industry that are in the best interests of all peoples as well as Mother Nature. To control a First Nation's destiny means to command the proper valuation of the Nation’s assets in a manner that will be honored as legitimate by federal and provincial governments, accounting firms, banks and investors but also valued in traditional ways that Elders will respect.

Preparing a community well-being strategic plan and budgets will empower the Nation to better identify and manage the potential benefits of your assets for seven and more generations.

Similar to the Maori in New Zealand, a few First Nations in Alberta have begun to conduct well-being and community asset assessments on their path to economic self-determination. This is an important step for First Nations, Métis and Inuit people in Canada to pursue the same quality of life that other Canadians enjoy.

Benefits of a well-being-based approach to community development

The benefit of a well-being-based approach to community development is that it makes community well-being the ultimate goal of economic development. According to Carol Anne Hilton, there are three essential elements of these new Indigenous economies:

By measuring the true potential of its people, lands, resources and culture, a First Nation is better equipped to become a model of the new economy of well-being. These communities will become role models and centers of excellence for hundreds of other communities in governance, education, employment, training, health, community development and, ultimately, well-being. 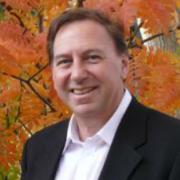 See all by Mark Anielski