A better approach to solving the world's 'wicked problems'

We live in a world burdened by large-scale problems that refuse to go away: the refugee crisis; terrorism; rising sea levels; frequent floods, droughts and wildfires; not to mention persistent inequality and violation of basic human rights across the world.

What do these problems have in common? They resist any simple solution. In policy research they are called "wicked." This is because cause-effect relations are complex and solutions unclear; many of these problems are urgent, yet there is no central authority to solve them; their magnitude is often hard to estimate; and those trying to solve them may even contribute to causing them (PDF).

The EU refugee crisis, the topic of a recent U.N. summit, is a good example: Driven by regional conflicts and poverty, and assisted by trafficking networks, people from Africa and the Middle East continue to take enormous risks to enter EU territory by land or sea.

For several years, thousands of refugees have died on this journey each year and no solution is in sight. EU member countries continue to blame their neighbors for either taking in too many refugees or for refusing to help, while there is little shared interest and limited capacity for actually addressing the sources of the problem.

What’s the best way to effectively address these types of wicked problems?

Facing the current refugee situation, U.N. member states got together two weeks ago to sign a declaration for a more coordinated response to the refugee crisis. Yet, critics have pointed out that the goals are too vague and the document is not legally binding. Such meetings have happened several times in the course of the EU refugee crisis — with very little outcome. In reality, "grand solutions" for large-scale problems either do not exist or they are too vague or controversial to be of much value.

The Paris climate agreement is another example of an attempted grand solution to a large-scale problem: climate change. The goal was to get all nations to agree on limiting temperature rise below 1.5 degrees Celsius above preindustrial levels. To reach consensus, all participants further agreed to assist developing countries technologically and financially to ease the transition to renewable energies. The agreement was signed by all participating nations — 175 in all.

"Grand solutions" that emanate from centralized political organizations have proven ineffective in making substantial progress on so-called wicked problems. But critics regard the agreement as too ambiguous and unclear about implementation to be effective. Also, it leaves the door open for continuous exploitation of fossil fuels.

Are small wins an alternative?

Indeed, many have argued that finding a single solution to climate change or the refugee crisis is too difficult because it is almost impossible to get multiple parties with diverging interests to reach a consensus. We believe more nimble approaches are needed.

A number of development experts have argued that "small wins" might be a promising alternative to tackle large-scale problems. Small wins focus on smaller-scale independent projects with attainable and measurable objectives. For example, many firms independently develop solutions to increase energy efficiency or to avoid waste. Likewise, several EU countries have looked into better ways of processing asylum applications and easing the integration of refugees.

Such small wins may not solve the entire problem — in these cases, climate change or refugee crisis — but they have tangible positive outcomes in line with longer-term goals. Also, the more countries and parties deal with the same problem, the greater the number of innovative experiments.

The only problem is: How can such small wins add up to a larger-scale sustainable solution?

The only problem is: How can such small wins add up to a larger-scale sustainable solution?

We argue in a recently published article in Research Policy that there is a promising way of linking small wins to larger development objectives — the "modular" approach. We studied this by looking specifically at the development and adoption of so-called sustainability standards in the global coffee industry.

In only about one decade, sustainable coffee standards, which encompass environmental sustainability and worker health, have become broadly adopted. Why?

Such standards train farmers to apply methods and policies that protect the environment, increase productivity, improve labor conditions and secure incomes for themselves and their communities. Transnational standard-setters, such as Fairtrade and Rainforest Alliance, have played an important role in this process.

Standards adoption is voluntary, but a combination of consumer and peer pressure and market incentives has led to rather rapid diffusion. Within a decade, the global coffee industry has become a pioneer in developing sustainable supply chain practices that address the twin challenges of endangered livelihoods and environmental degradation. Today, over 40 percent of the global coffee volume is certified or verified sustainable (PDF).

We show in our study (PDF download) that one key to the success of sustainability standards in coffee has been their modular architecture. Each standard consists of multiple well-defined and measurable modules, such as soil conservation and elimination of child labor. Modules have their own independent objectives. Yet, they are also interconnected and build on each other.

For example, two basic modules across standards are elimination of banned pesticides and occupational health and safety. Each makes a tangible contribution to the environment and well-being of farmers.

But they also reinforce each other’s effect: For example, omission of pesticides has a positive impact on farmers' health. Furthermore, doing without pesticides serves as a foundation for advanced practices, such as organic farming, which may increase the brand and market value of coffee beans. This helps private farms and cooperatives generate more revenue and make further investments into their workforce and production capabilities.

One key to the success of sustainability standards in coffee has been their modular architecture.

In the case of coffee sustainability standards, the modular approach emerged over time and was not designed up front. But the modular principle can help develop solutions to various wicked problems, including climate change and the refugee crisis. This is because it tackles problems step by step, eases consensus among multiple stakeholders and promotes knowledge exchange and replicable solutions.

For example, as part of climate adaptation, today many coastal communities are trying to develop idiosyncratic solutions to respond to rising sea levels. Yet, while local experimentation is important, both costs and risks of failure of location-specific solutions are very high.

By contrast, a modular approach would prompt local communities to implement over time combinations of tangible and tested building blocks towards greater resilience. For example, Florida has been a testing ground for resilience modules, such as installing water pumps and raising the grade of entire streets. Online services, such as Coastal Resilience, disseminate such modular solutions and provide platforms for exchange of knowledge and best practice.

Similarly, EU countries are increasingly moving from idiosyncratic to modular solutions of refugee management and integration. For example, the German trade union organization IG Metall is developing connected modules of language and professional training for refugees (German) that allow for faster integration into higher-skilled labor markets. These modules are designed to be transferable across industry sectors, and they serve as important foundations for more job-specific training.

Of course, modular approaches cannot eradicate today’s large-scale problems entirely. But they are more practical than grand solutions and more scalable than small wins. And they do not require reinventing the wheel. As a result, wicked problems may not look so wicked after all. 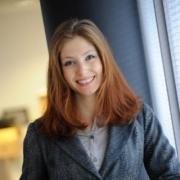 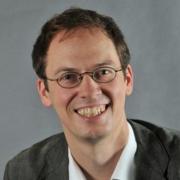 See all by Juliane Reinecke