With the realization that companies can do more to improve social, environmental and economic situations, both locally and globally, some corporate leaders in the 1990s began strategizing how to play a greater philanthropic role, particularly as regulation and bad press caused sales to falter. Rather than accept browbeating from the nonprofit campaigners, or struggle with never-ending changes in laws or requirements, philanthropy seemed to be a reasonable fix, allowing companies to put their money where their mouth is and invest in charitable causes that make the world better. At the very least this effort would assuage any built-up guilt or feelings of insecurity for those corporate leaders who were questioning whether their company was indeed a steward or a skunk.

The rate of corporate giving skyrocketed between 1990 and the early part of the 21st century accordingly. As noted by The Chronicle of Philanthropy, corporate giving was in the hundreds of millions of dollars in 1990. By 2016, corporate philanthropy grew to just under $20 billion. As in "B," "Billion." This figure does not even recognize the billions of dollars companies are investing in improved processes, organizational management, environmentally sustainable technologies, and the like.

Corporate philanthropy did, and still does, take the shape of many types of engagements. In some scenarios, companies give money to a cause important to one of their leaders, or something the employees vote on, like a disease prevention fund or local homeless shelter. Some companies collect funds from their employees for a cause that is near and dear to the company, or encourage their employees to volunteer time to build homes, or serve food at a local pantry. I visited one of our country’s biggest retailer headquarters three years ago on a "give back day" and saw how teams of employees were packing school backpacks for underprivileged kids, sewing blankets for homeless veterans and collecting canned food for a food drive.

Corporate giving was in the hundreds of millions of dollars in 1990. By 2016, corporate philanthropy grew to just under $20 billion. As in "B," "Billion."

Other companies participate in sales-based philanthropy, whereby a percentage of sales goes to a cause that the company believes is necessary to support. This is a particularly effective money-raising tactic for companies that have a strong consumer-facing presence, as it allows them to tell their philanthropic story and engage consumers at the same time.

Because of the work I do to help companies evaluate philanthropic partnerships, I was interviewed last year by Bloomberg Businessweek about the ways companies and individuals can evolve their philanthropic giving, especially since there is such a high demand among nonprofits for corporate giving dollars. Some of the ideas included setting up scholarships, finding local causes to engage in, and even creating a foundation, something many for-profit companies are considering, both as their efforts to give back grow and philanthropic tax implications change.

The evolution of philanthropy is a book topic in and of itself. The way philanthropy has morphed into CSR and also more business-aligned giving and engagement to address social impact, is evidence of the fact that companies are looking to impact bigger and more critically aligned business issues more than ever before. Being philanthropic is not the same as being a social impact leader, however. Those businesses that have truly ingrained purpose and mission into their way of operating are doing more than giving away money or time. They are learning slowly that their role in this ever-changing world is pivotal to making the world better through their day-to-day business decision making, not just by writing a check.

ArcelorMittal is the world’s largest steel and mining company. With nearly 200,000 employees, operations in 60 countries, and production of more than 113 million tons of steel per year, one would not assume Arcelor-Mittal is leading efforts to improve the planet. In fact, as a former steel town girl, I always assume companies like ArcelorMittal are blowing black smoke from factories around the world, taking advantage of low-income workers, and saving money for glass-enclosed corner offices among the c-suite. Like many assumptions we make without doing our due diligence, all of this would be wrong. In fact, ArcelorMittal communicates this message front and center on their website.

Portions of text from their sustainability page read: 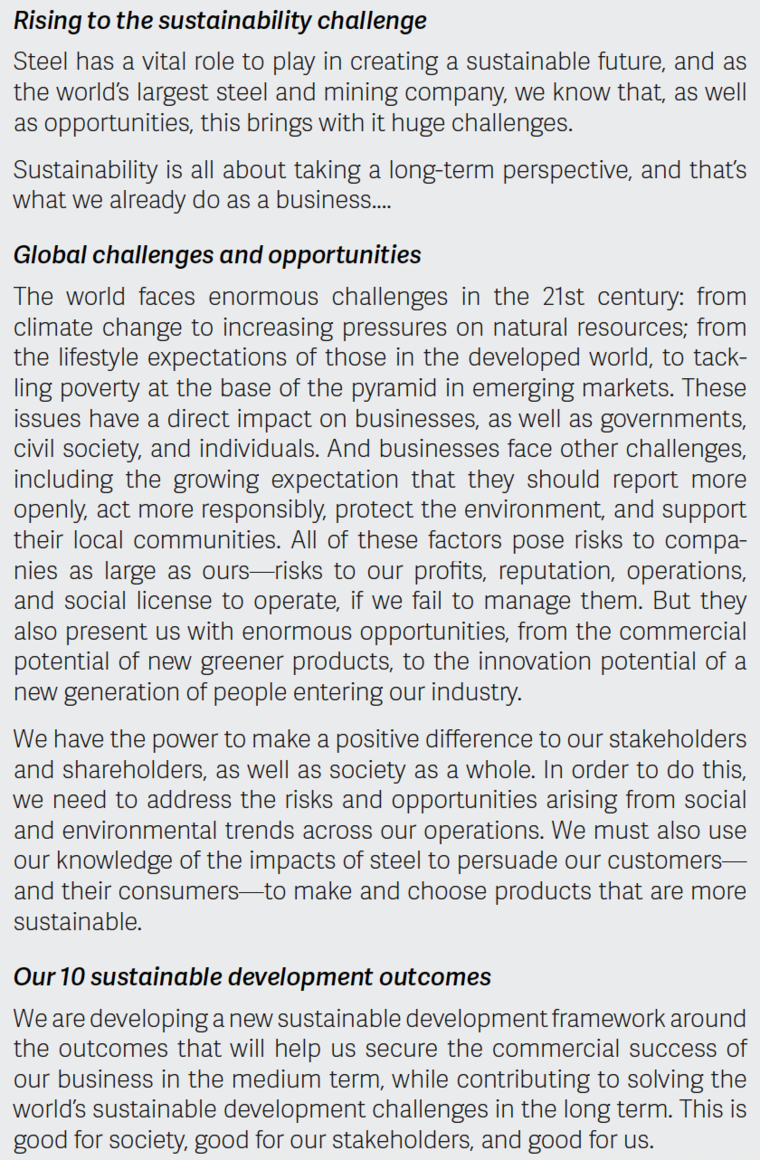 The language is pretty powerful stuff coming from a steel and mining conglomerate. It’s honest. It’s believable. It’s even inspiring. The text allows the reader to feel connected, and it makes me think that Arcelor-Mittal is truly considering its stakeholders (consumers, community members, employees and yes, absolutely shareholders) in its business actions.

These commitments are far reaching but crucial as they show the undertaking of a very big company that is willing to do what is necessary to shape the world in a positive way. They show that the time for pure money-making behavior is behind us. It’s time to act, and act in a positive way. The decisions to do so are not easy and are weighed with precision. It takes someone such as Marcy Twete, ArcelorMittal’s former executive director of corporate responsibility, to focus leadership on why a positive influence is so critical for a company like theirs. 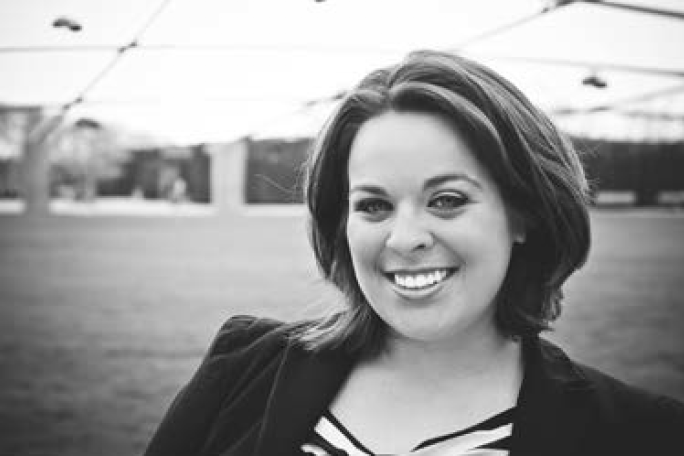 Marcy landed at ArcelorMittal, taking a role as executive director for corporate responsibility in the Americas. Having worked with corporate responsibility leaders for most of her career from the nonprofit side, she had a good sense of what the role might entail — the fantastic and the terrible. Marcy took the reins as the company had built an already strong responsibility practice, but the opportunity was there to take the program from good to great. It’s unrealistic to show up at a facility and eliminate carbon emissions immediately, however. Nor can leadership be convinced to spend hundreds of millions of dollars on a paradigm-shifting program without understanding the consequences and opportunities. ArcelorMittal was devoted to making the changes necessary, nonetheless, in order to position itself in a more positive light within its communities.

Having worked with corporate responsibility leaders for most of her career from the nonprofit side, Marcy had a good sense of what the role might entail — the fantastic and the terrible.

Within five years, Marcy and her team were doing fantastic work creating public-private-partnerships that would positively impact community economic development by implementing a world-wide sustain-ability narrative. This narrative was one of the most forward-looking in the steel industry, and was externally lauded. Marcy felt their work truly changed the game for ArcelorMittal and the industry as a whole.

When one works for a major industrial company, with presence in nearly every corner of the world, it is nearly impossible to ignore some negative consequences of corporate investments. Some ArcelorMittal projects had been in operation for hundreds of years. Marcy did have moments when she saw some of that negative impact, but she viewed her role as the change maker and sought to find a better way. Big changes take time. But the willingness was there, and that’s one of the most important drivers of change.

What Marcy did focus on was developing the best practices for engaging stakeholders in the communities where ArcelorMittal worked and operated, so she could build an understanding of the challenges at play, learn about what solutions were possible, educate her leadership and be a good neighbor for the communities around ArcelorMittal at the same time. She made it a priority to do the best she could to turn the ship, recognizing a really big ship turns really slowly. Patience and empathy to recognize what changes were needed was everything.

As Marcy explained, in any corporation, big, small, global, or local, there are walls and barriers that prevent sustainability leaders from getting their jobs done. A lot of those barriers are about dollars and cents, and that cannot be ignored. In a company that is very old guard and very traditional male and white, cutting through the narrative of climate change, social progress or "tree-hugging initiatives" is very difficult. ArcelorMittal exists, however, so we can drive a car, and run a washing machine, and sit on bleachers at a stadium because its steel makes it all possible.

Marcy made incredible progress developing a sustainability narrative despite the limitations, as the programs were broad enough to inspire people in different ways and deep enough to move the company forward. She had small wins, like seeing a leader, who had never bought into sustainability, taking her talking points about the importance of ArcelorMittal as a corporate steward to a meeting and championing her work. And she had big wins that were slow and hard fought. In one small town, a well-known environmental activist said to Marcy about ArcelorMittal, "I like you guys. I wish you weren’t here. But I like you."

In a perfect world, perhaps ArcelorMittal wouldn’t have a facility in some of the rural towns where activists prefer there was no such facility, but, in the end, the company was a good partner, and the community valued that immensely. 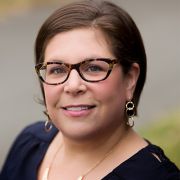 Who are the warriors of disruptive economics?

See all by Joanne Sonenshine