President Joe Biden’s infrastructure plan (The American Jobs Plan) aligns recovery stimulus and climate action. This is smart: Experts conclude that the green stimulus delivers high returns in job creation. To date, stimulus hasn’t been that green overall globally but the U.S. plan will make a positive difference for our nation and the planet.

To reap the full benefits, it will be important to consider domestic manufacturing as a tool, including for one of the most critical clean energy technologies: batteries. Rep. Debbie Dingell (D-Michigan) highlighted the opportunity that domestic battery production poses when she addressed Biden’s infrastructure and jobs plan. "We can make it work," said Dingell. "But we have to be intentional about policy to bring the battery supply chain back to the United States."

A healthy domestic battery supply chain has many benefits for Biden’s plan to align climate spending with clean energy jobs. The price of batteries has dropped precipitously since 2010 (from $1,000 per kilowatt-hour (kWh) to less than $150/kWh today) enabling them to become more fundamental to clean energy business models in both electricity and mobility. Biden’s plan outlines significant funding in these battery-dependent sectors: $174 billion to "win the EV market," $100 billion for grid infrastructure, $180 billion for research and development, and $300 billion for manufacturing and small businesses.

The switch to a clean energy supply is already projected to be a net jobs creator. Princeton’s Net-Zero America study found that energy supply-side jobs will increase in a clean energy and battery-dependent future and employ a larger percentage of the population (0.3 to 3 times more). Conveniently, a large portion of these renewable energy jobs will be in the same locations that the 1.7 million Americans live who face job losses through the pending decline of fossil fuel industries.

Biden’s plan also gives an essential push to vehicle electrification. This is potentially a jobs-rich area and will help to enhance U.S. competitiveness in a low-carbon economy. While it has been highlighted that EV manufacturing is less jobs-intensive than making internal combustion engine (ICE) cars, this is an incomplete story that neglects the jobs in battery manufacturing and vehicle charging infrastructure. A United Auto Workers study found that "this shift is an opportunity to reinvest in U.S. manufacturing. But the opportunity will be lost if EVs or their components are imported or made by low-road suppliers who underpay workers."

If investment at the scale of the $174 billion allocated to "winning the EV market" is equally divided towards battery manufacturing and vehicle charging infrastructure, we estimate this could create almost 2 million electric vehicle charging infrastructure jobs and 1 million jobs in battery cell manufacturing. If all of these jobs are realized, this is up to 2.3 times the number of jobs that the same investment would, on average, produce if spent on ICE vehicles.

Supporting innovation and investment in batteries is a critical, high leverage acupuncture point to provide momentum to the transition. However, making sure that many of the 1 million to 2 million battery cell manufacturing jobs incentivized through Biden’s plan are U.S.-based will be no easy task. China owns more than 80 percent of the existing world battery manufacturing capacity and dominates the material supply lines. Other places such as the EU and India are also scaling up their battery ambitions and see batteries as not just crucial to climate change, but also as reinforcing national security and global competitiveness. Fortunately, the United States can build on its strengths to improve its domestic battery supply chain.

Vehicle OEMs prefer to manufacture vehicles close to market demand and ICE vehicle makers, such as GM, are becoming adept at converting ICE vehicle production to EV manufacturing. The U.S. thirst for private vehicles and e-bus demand expansion under the American Jobs plan, provides an opportunity for domestic manufacturers both of vehicles and batteries. While state tax exemptions and incentives have been successful in wooing battery manufacturers to specific locations, we can support domestic manufacturing by moving beyond these.

The federal government can provide direct support for the competitiveness of U.S. battery manufacturing. Direct support could come in many forms such as procurement, subsidizing the costs of environmental compliance or leveraging existing public-private finance programs (such as the Energy Loan Programs office). Government finance will be especially important to support new battery-focused business models that may encounter warranty innovation needs, such as those arising from power flow or potential battery recycling and reuse applications (grid resilience or long-duration storage applications).

Unlike Asia and Europe, the United States has 17 percent of known global lithium reserves within its borders. Lithium, a critical battery component, is increasingly being called "white petroleum," and demand for it is expected to more than triple by 2025. Our nation has an opportunity to rapidly develop the technologies to extract it and scale both the production and processing of this resource.

The United States can further improve its supply chain security and competitiveness by rapidly ramping up recycling efforts. By 2030 the mass of end-of-life lithium-ion batteries is poised to reach 2 million tons globally. Fortunately, under President Donald Trump, the U.S. Department of Energy (DOE) launched the ReCell Center at Argonne National Laboratory, focused on transforming battery recycling.

Cost-saving opportunities exist for domestic manufacturing OEMs to find supply chain synergies by co-locating mining, manufacturing and recycling, as well as decreasing reliance on imported materials. The government can support these activities by scaling reuse and recycling R&D funding as well as creating standards for battery labeling and data tracking and sharing in EVs.

The United States can leverage and reshore its greatest asset: its innovative potential. Our nation already has a foothold due to the strength of its universities, national labs and R&D programs such as ARPA-E and the DOE loan Program, corporate R&D ambition and investing, and a sophisticated venture capital ecosystem. Together these assets have produced advanced lithium or solid state technology startups such as Sila Nanotechnologies, Solid Power, SES, Sion Power, Ionic Materials, Enovix, QuantumScape, as well as some leaders in other technologies such as Natron Energy and Form Energy.

The U.S. innovation system also is leading in the ways batteries offer decarbonized and distributed resilience and renewable integration value to the grid, with start-ups such as Swell, Yotta and SimpliPhi innovating in this space. Diverse and yet-to be identified markets for future applications and integrated design opportunities that rely on better batteries will develop and mature, such as long-duration storage and carbon-free flight. Other nations, such as India, are supporting competitive domestic battery manufacturing. By scaling funding and incentives for energy storage technologies that perform better on diverse characteristics (cycle life, energy density, charge rate, safety, and material sustainability) we can leverage the United States’ innovation strength to find competitive advantages in a global market. 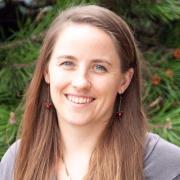 Adapting to fire: How cities can enhance resilience with distributed energy

See all by Madeline Tyson