The big commitments, campaigns and collaborations at GCAS

This article has been updated again Sunday with new commitments.

The Global Climate Action Summit in San Francisco is a perfect storm of climate engagement beyond the federal government, and one of the largest events of its kind in the nation. On the one hand, the United States has a Trump White House (methane cheer). On the other hand, California Gov. Jerry Brown presides over the world’s fifth-largest economy — which will make history, if his surprise announcement Monday bears fruit, by reaching carbon neutrality by 2045.

As the infinity-scroll of press releases in my inbox bears out, this event already has proven to be a whopper. The number of associated events (350 plus), commitments (more than 300 by We Are Still In alone) and reports are huge, the likes of which we haven’t seen since, say, COP21 in 2015 or even Climate Week 2014.

Paris Agreement, burned? It’s shrieking from the ashes, and it has laid eggs. Business leaders, investors, mayors, governors, NGOs and scores of other actors are committing to ambitious carbon-reduction targets in energy, transportation and land use. Some commitments are new, while others are attracting more adherents.

Here's a sampling of more of the signature announcements framing discussions, roughly categorized by some of the summit's major focus areas.

Partnering with C40 and The Climate Group, the World Green Building Council launched the Net Zero Carbon Buildings Commitment with a 2030 deadline for all new buildings they operate, own or build. Signatories on Thursday include a dozen corporations (Cundall, Integral Group, Kilroy Realty, Salesforce, Signify, Shaw Contract and others), cities and subnationals.

Behold a fleet of new releases to accelerate the adoption of electric vehicles: Targets for fully-zero-emissions vehicles for various dates in the next decade or so were set by 26 businesses, states, cities and regions taking up the new #ZEVchallenge. Its supporting commitments, with backing from The Climate Group and C40, include the Under2 Coalition ZEV commitment, C40 Cities – Green & Healthy Streets and EV100. EV100 attracted Clif Bar and Delta Electronics as members, bringing its total to 23 multinationals.

"Range anxiety" would become a thing of past and another 3.5 million EV chargers will proliferate by 2025, if ChargePoint,  EVBox, Southern California Edison, FLO and National Grid have their way. Meanwhile, the Hydrogen Council group of CEOs promised for transportation hydrogen fuel to be decarbonized by 2030.

Earlier in the week, Los Angeles Mayor Eric Garcetti announced the Climate Mayors Electric Vehicle Purchasing Collaborative, a web portal to help cities enjoy better prices on electric vehicles for fleets by buying in bulk. And the city unveiled a Zero Emissions Roadmap for electrified transportation to reduce greenhouse gases and air pollution by 25 percent in time for the 2028 Olympics.

Starbucks touted a goal by 2025 for 10,000 "greener" stores with help from WWF, which the coffee king says would save $50 million on utilities costs over the next decade.

New businesses dedicated to sourcing 100 percent of their electricity from renewables hitched on to RE100, the joint effort of the Climate Group and CDP. Sony, McKinsey Group, WeWork and the Royal Bank of Scotland signed on this week, joining some 140 other companies.

Kaiser Permanente announced an 180-megawatt power purchase agreement that will help meet its goal of carbon neutrality by 2020. This "will enable the construction of utility-scale solar and wind farms, and one of the country’s largest battery energy storage systems," the healthcare described in a press release Monday.

The University of California system has committed to 100 percent clean energy by 2025, in addition to broadening goals for green buildings, sustainable procurement and zero waste. 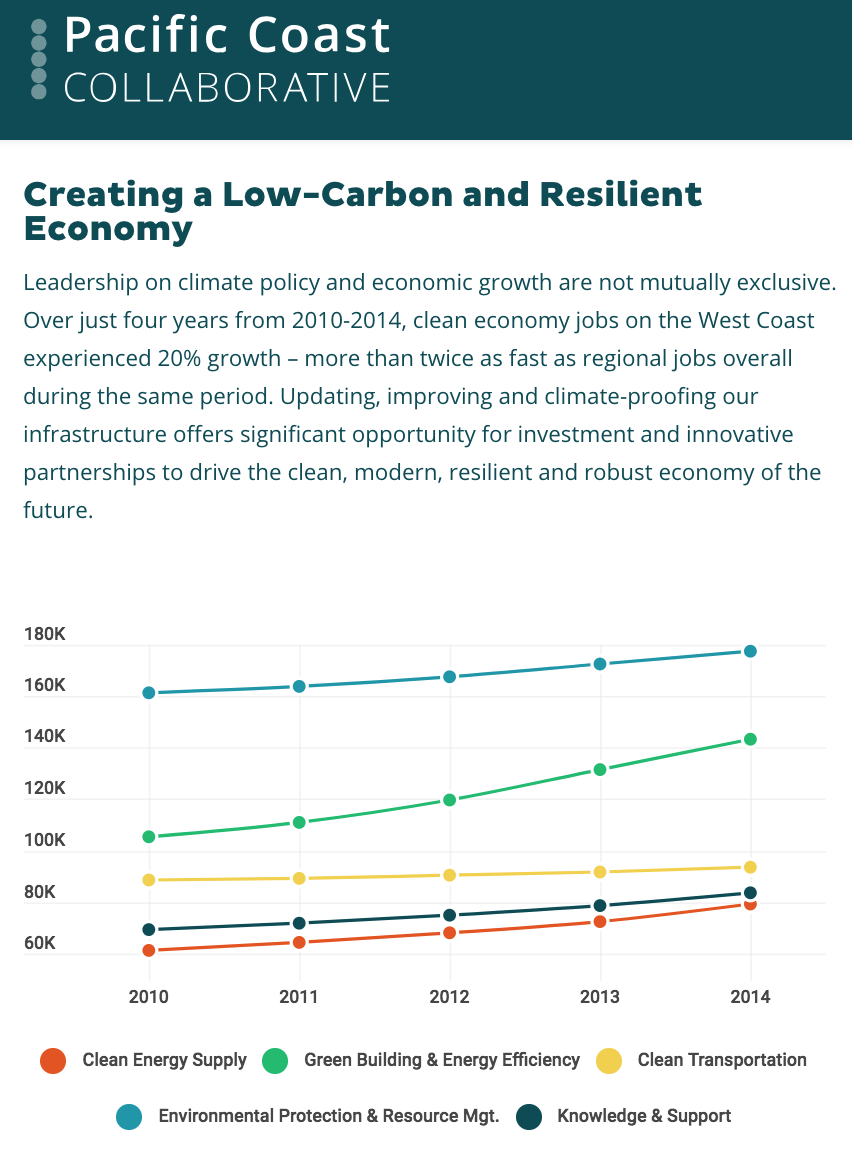 Twenty-three cities and regions, from Auckland to Washington, D.C., committed in August to speed up zero waste goals, beginning with slash each citizen’s waste 15 percent by 2030.

The mayors of 19 cities presiding over 130 million city-dwellers including Copenhagen, Johannesburg and Tokyo, made a net-zero carbon pledge for all new buildings by 2030.

The Pacific Coast Collaborative (PCC) expanded West Coast commitments to climate leadership Wednesday, including a goal to halve food waste by 2030, partnering with retailers and manufacturers. It also released a vision and roadmap for low-carbon transportation [PDF]. The alliance includes California, Oregon, Washington and British Columbia alongside Los Angeles, San Francisco, Oakland, Portland, Seattle and Vancouver. "Since 2008, the region’s GDP grew by 32 percent while total emissions dropped more than 6 percent," the PCC stated.

In addition, the City by the Bay said it would slash landfill waste in half by 2030 and have net-zero-emission buildings by 2050.

The International Alliance to Combat Ocean Acidification enlisted new members: the Netherlands, Hawaii, Virginia, and Seattle. Leaders of the group, known as the OA Alliance, shared various action plans such as exploring kelp and mangroves for carbon sequestration. West Coast states, British Columbia and the Ocean Conservancy founded the OA Alliance, which counts more than 60 business, government, NGO and academic members around the world.

Walmart and Unilever on Thursday touted new forest-preservation commitments. Walmart is building a platform within Project Gigaton  to connect suppliers "link its suppliers who are sourcing commodities from regions with deforestation risk to create and support place-based partnerships. " Toward a supply chain free of deforestation, Unilever is working for more than 148,000 acres in Malaysia to be certified by the Roundtable on Sustainable Palm Oil in the next seven years. 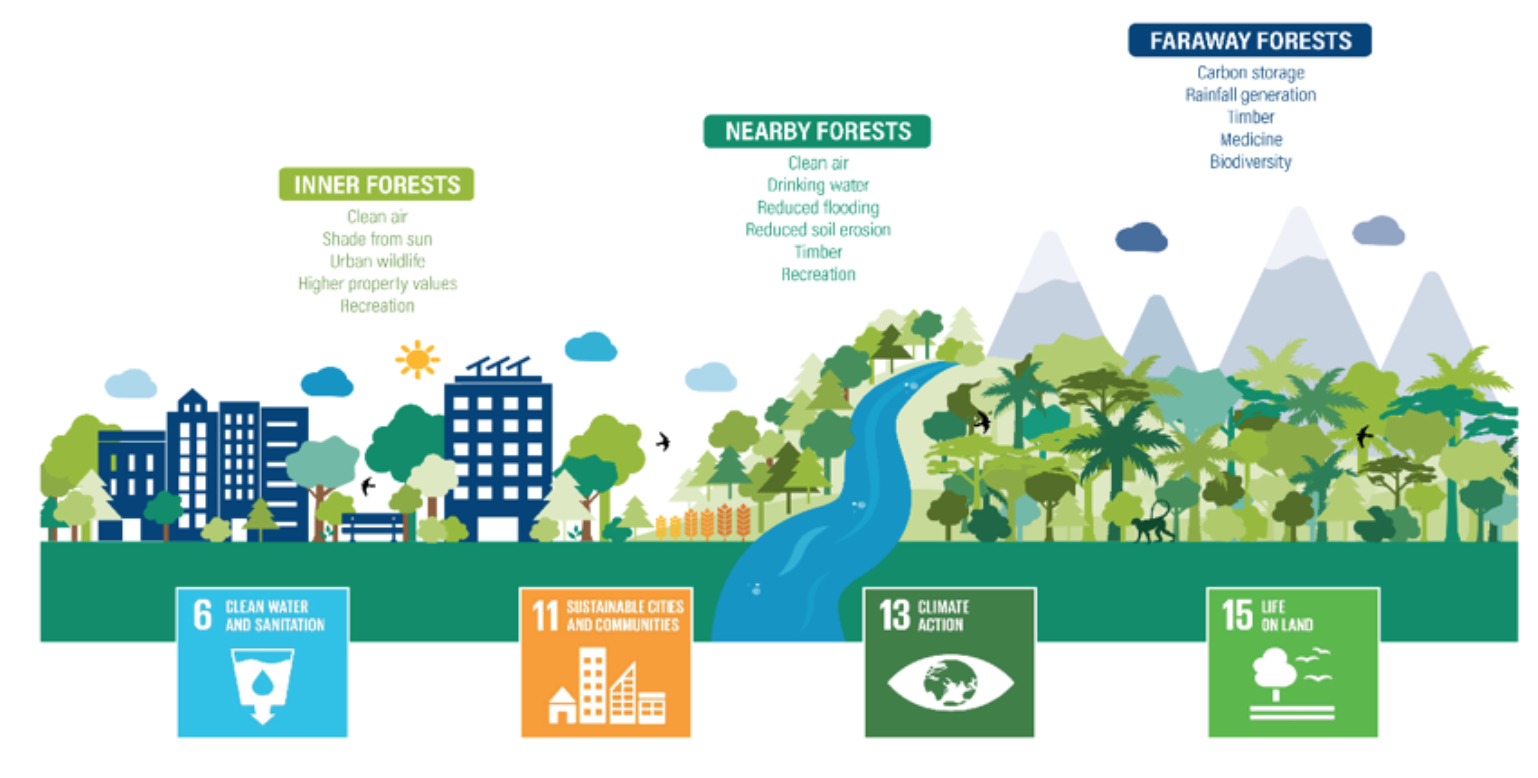 A coalition of 17 philanthropies — notably including the Packard Foundation, Leonardo DiCaprio Foundation and ClimateWorks Foundation — pledged to fund $459 million around the world to the protecting, restoring and expanding forest and land resource management, as well as recognizing indigenous communities’ collective land rights. What does that look like? Investments in land use projects, support of legislation and more.

Small but novel: The North Face is expanding a collection for scarves and jackets made of wool whose ranching has a net-negative carbon impact. The company stated its Climate Beneficial Wool removes the equivalent of 800 passenger cars in a year.

The Investor Agenda launched, counting some 400 investor members including CALPers, representing $32 trillion in assets, seeking "to accelerate and scale up" action to support the Paris Agreement.

Thursday saw the Global Green Bond Partnership form to "support efforts of sub-national entities such as cities, states, and regions, corporations and private companies, and financial institutions to accelerate the issuance of green bonds." It is backed by the World Bank, IFC, Ceres, ICLEI – Local Governments for Sustainability, the Global Covenant of Mayors for Climate & Energy and others.

Climate Action 100 counted 296 investors seeking to help some of the worst emitters to clean up their acts.

Mayor Bill DeBlasio committed to double the climate-solutions-related investments of New York City's pension funds to $4 billion from $2 billion in the next three years. That increase, supporting renewable energy, energy efficiency and other measures, would represent two percent of the existing portfolio of $195 billion.

Lemonade, a B Corporation, is the first in the United States to commit not to invest in fossil fuels, coinciding with the Tuesday launch of the Insure Our Future campaign, which targets U.S. insurers for "propping up fossil fuels" by holding more than $450 billion in "coal, oil, gas and electric utilities." It’s part of the Unfriend Coal campaign and backed by groups including 350.org and the Sierra Club.

The Pledge for a Just Transition to Decent Jobs attracted its earliest members Autodesk, Safaricom and Unilever — signing on to say they will only buy renewable energy from companies that hold high labor standards including certain wage levels.

The state of California on Friday announced $15 million in pro-bono legal services by 2020 toward climate-related causes, as nine law firms formed the new Lawyers for a Sustainable Economy Initiative.

Other heavy-hitting commitments and collaborations

The Under2 Coalition of subnational groups, representing 1.3 billion souls and 43 percent of the planet's economy, attracted 16 new members.

Interface on Friday broadcasted a commitment to become carbon negative by 2040 through innovations in its supply chain and operations as well as in raw materials.

The Netherlands lit sparks on Twitter Thursday by sharing a goal by 2050 to become a "full circular economy." A 2016 report details this national circular vision (PDF), with priorities including biomass and food, plastics, manufacturing, construction and consumer goods.

Mexico, Canada and 17 U.S. states, unified as the U.S. Climate Alliance, pledged a slew of commitments Thursday: To use $1.4 billion to bulk up EV infrastructure; to slash methane and other "superpollutants" 40 percent by 2030; to encourage the adoption of energy efficiency and renewables; and even to explore carbon farming.

Twenty-one tech companies — Akamai Technologies, Autodesk, Lyft, Salesforce, VMWare and Zoox on Thursday unveiled the Step Up Coalition, which intends to create a tipping point with the shared muscle of technology. This news came alongside the release of the Exponential Climate Action Roadmap, detailing sector by sector how to halve GHG emissions by 2030 with "technology and behavior change".

The new Cool Food Pledge — backed by WRI, Health Care Without Harm and others — on Thursday dished up Genentech, Max Burgers and WeWork among the six founding signatories, described as collectively serving 60 million meals each year. The platform aims to help institutions slice one-quarter off the GHG emissions of their food operations by 2030.

The We Are Still In campaign now counts 3,540 signatories pledging to uphold the goals of the Paris Agreement. It held a day-long forum Wednesday and touted 300 new commitments, 50 of which are related to energy and transportation. Organizations with news include Johnson Controls (setting science-based targets), Levi Strauss (cutting GHG emissions by 90 percent in facilities it owns), Schneider Electric (opening up a tool to help renewables purchasing), the Monterey Bay Aquarium (reaching carbon neutrality), Metrus Energy (pledging $100 million for energy efficiency), Seventh Generation (increasing its renewables usage), Signify (having an electric-and-hybrid fleet by 2030) and the state of Virginia (adopting new methane rules).

Dignity Health, Kaiser Permanente, Providence St. Joseph Health and Sutter Health formed the California Health Care Climate Alliance in August "to protect the public from the health impacts of climate change and to work with policymakers in Sacramento to support the state’s climate goals."