Editor’s note: This essay is based on the second edition of the David Gardiner and Associates (DGA) Corporate Climate Tracker, which is updated on an ongoing basis. Check back for exclusive, periodic updates. You can find the article introducing the tracker here.

Since the initial publication of the Corporate Climate Tracker in March, climate change has remained a hot headline item; July became the hottest month on record, (some) Democratic presidential candidates have release climate plans, and businesses have continued to announce new climate-related commitments.

Particularly as the United States heads into the 2020 election season, business remains a critical stakeholder and voice on climate change.

Every tracked initiative added at least one new participating company this quarter.

The DGA Tracker is designed to help stakeholders understand how businesses are — or aren’t — engaging on climate. By looking specifically at Fortune 500 companies’ commitments across a suite of voluntary climate-related initiatives, we can get develop a better sense of the pace and progress of activity in this part of the market.

Ambitious business engagements help expand and accelerate markets, and these actions tell policymakers that addressing climate change is important to, and consistent with, good business practice.

What has changed since March?

The Corporate Climate Tracker was developed and is maintained by DGA, a clean energy and sustainability advisory firm, using publicly available data. The tracker captures participation in climate-related initiatives from Advanced Energy Economy, Ceres, The Climate Group, Renewable Energy Buyers Alliance (REBA), Science-Based Targets Initiative, We Are Still In and the We Mean Business Coalition. 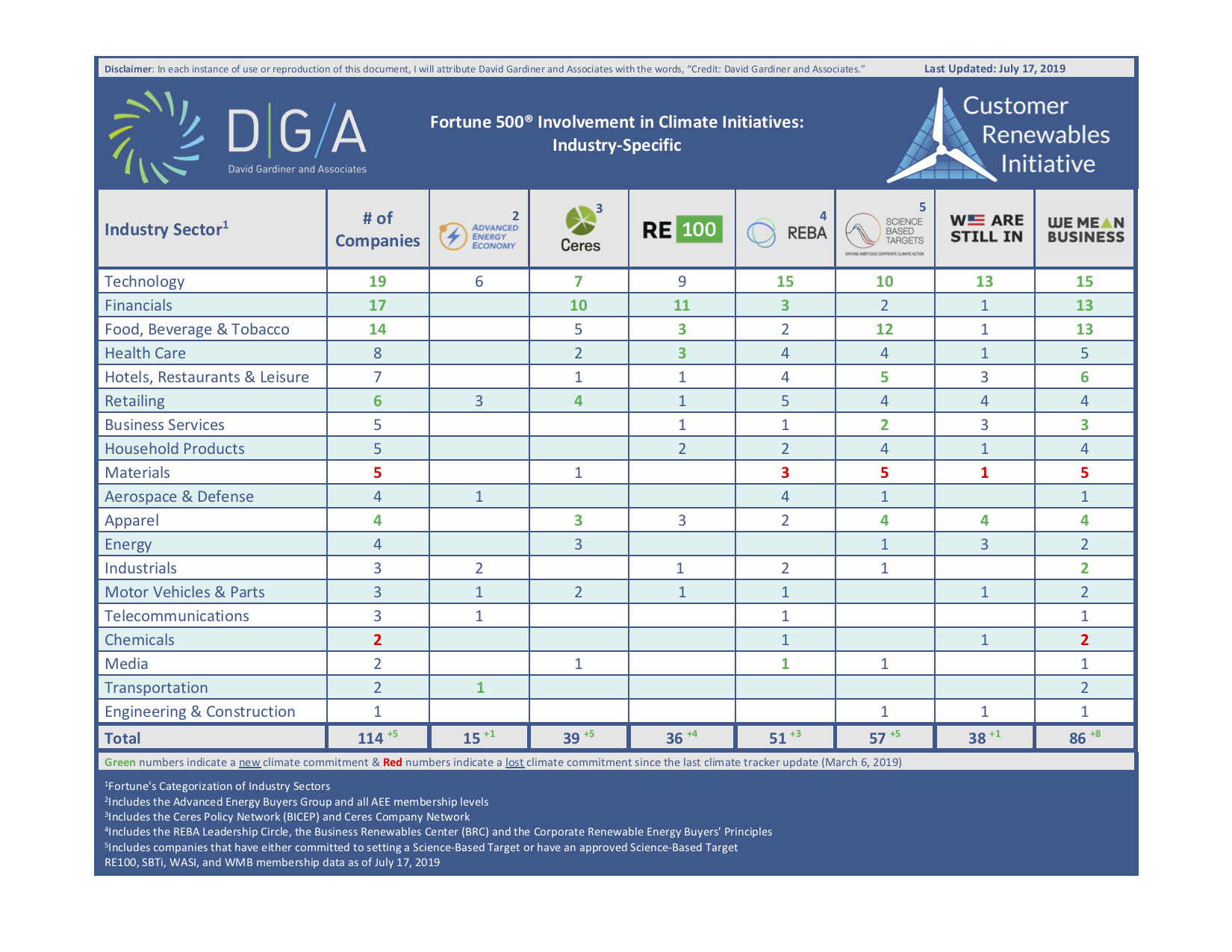 Looking at activity through June, there are several notable updates:

One reason DGA created the tracker is to provide the market a sense of the movement across corporate climate commitments. It’s positive to see that corporate participation is up across the two quarters considered to date. 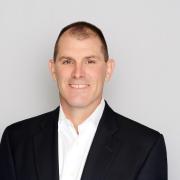 How to choose a renewable energy adviser

See all by Blaine Collison