Big Data and CSR: Ready or not, more transparency is coming

How does Amazon stack up to Google when it comes to corporate climate change policies? What about the way Apple compares to Microsoft on supply chain human rights issues?

It might seem like a pipe dream to get reliable data on granular, politically-sensitive corporate social responsibility (CSR) metrics — but it actually just got easier.

On Thursday, CSRHub will announce a new Excel-based dashboard tool granting near-realtime access to the third party aggregator's 60 million data points on 10,000-plus companies culled from some 365 sources.

With the new tool, CSRHub subscribers will be able to compare competing companies and benchmark metrics related to corporate initiatives in governance, environment, employees and community.

“It’s a way for people to say, 'This is how I’m being judged in the marketplace,” Cynthia Figge, CSRHub co-founder and COO, told GreenBiz exclusively. "If there’s anything on a company, we’re going to have it.”

A snapshot of CSRHub's new dashboard tool, which compiles millions of data points on corporate social impacts and also allows users to integrate their own data to measure progress on CSR goals.

The CSRHub dashboard comes at an inflection point for corporations wrestling with an onslaught of new products designed to shine a light on internal and external business practices, with or without the company in question's cooperation.

With this in mind, the question becomes how much stock consumers and business clients might place in this type of information, and whether lacking CSR efforts could end up costing companies. There's also the flip side: Could it actually pay to be a company known publicly for pursuing social progress?

The trick at the moment, however, is bringing together disparate pools of information to form an accurate and meaningful picture of how a company interacts with society.

When it comes to crowdsourcing, companies like the business review site Yelp and employee review site Glassdoor both now have millions of data points at their disposal. And there is the much-heralded potential of social media sites like Twitter and Facebook to give voice to consumers and employees, as well as open source software tools designed more specifically for whistleblowers.

As far as institutions dabbling in Big Data, there are companies making CSR reports more meaningful and easier to find online. A growing number of government open data initiatives also sometimes include data on private contractors or businesses involved in complaints or lawsuits.

Figge, meanwhile, bills the CSRHub dashboard as a kind of API that allows even non-web developers to get a more holistic sense of a company's strong and weak spots when it comes to corporate citizenship. CSRHub, which is registered as a B Corporation with a social mission, relies on data from ratings agencies and other groups to provide business intelligence information that is then combined to give a series of scores in core CSR areas.

As an aggregator navigating a rapidly-evolving Big Data landscape, Figge is encouraged by the potential for CSR applications but cognizant that business models will likely continue to change drasically.

“Is it too much data, and trying to make sense of it all — that’s the challenge of Big Data,” she said.

While business reputations are nothing to take lightly, more attention is also now being paid to the more tangible implications of perceived corporate social missteps — or, put another way, trust in businesses.

Some, like the chief executive of one of the world's largest public relations firms, argue that businesses trying to get ahead of the curve on transparency and CSR may be at an advantage.

"Business has recovered trust from the crisis period because it is seen as having made demonstrable strides in transparency, supply chain and product quality," wrote Edelman Chairman and CEO Richard Edelman in the company's 2014 Trust Barometer. "There now is an opportunity for business to make its case for change."

The idea of trust reverberates in the model of companies like Good Guides, which rate business products in part based on sustainability metrics. Trucost is another transparency-focused business illuminating companies' financial toll on the environment.

With CSRHub, Figge sees an opportunity to be a broader enterprise service provider.

“Not that we won’t do ratings, but we’re offering something bigger and much more insightful," Figge said. “We’re the largest aggregator in the world."

Still, there remains the matter of accessibility for new sources of data.

As an enterprise business, an annual subscription to CSRHub costs $1,500, not including discounts for academic or non-profit users (registered users with free accounts can also see a small portion of available data). The ratings agencies that the company relies on for its underlying data charge thousands of dollars to access their reports. 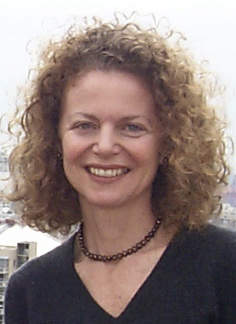 Still, CSRHub currently has a backlog of about 30 new sources per month and is evaluating ways to integrate new self-reported and crowdsourced datasets.

Building out the dashboard's new rating features to contextualize how a company stacks up against the competition is another field that Figge is particularly focused on, along with corporate partnerships for startups and academics looking to plug into CSRHub data or opportunities for custom business research.

Above all, she hopes the new dashboard will be used as a way to more meaningfully measure and analyze CSR efforts.

“In terms of really standardized benchmarking tools — dashboards where you can integrate your own content as well as external data — we think this is a pretty big breakthrough,” she said.

The sustainability challenge of the Kraft-Heinz merger

How to deliver the "whole sustainability package" in 4 steps