Imagine a future in which our buildings are resilient, self-powered, community resources. Not a kilowatt-hour of energy is wasted in a building, and on-site renewable energy systems meet every building’s energy needs. Although this may seem a futuristic dream, a recent policy recommendation to the United States General Services Administration (GSA) could spark a market transformation that makes this vision a near-future reality.

In September, a GSA task group recommended that at least 50 percent of the GSA’s and the entire federal government’s building area achieve net-zero energy status by 2030. A net-zero energy (NZE) building is a building that produces as much energy through renewable resources as it consumes annually. The GSA is the largest landlord in the United States, controlling more than 2 percent of commercial real estate in the nation, so the potential impact is monumental. Adoption and implementation of this recommendation could save 8 million metric tons of CO2 equivalent emissions and encourage the generation of over 500 MWh of renewable energy for the GSA by 2030 — with over 10 times the impact possible if applied to the entire federal government.

Key players in the NZE recommendation

The GSA Green Building Advisory Committee is a collection of 24 private-sector and government buildings experts, whose task is to provide advice and recommendations to the GSA’s Office of Federal High-Performance Green Buildings “to accelerate the transformation of the federal building portfolio to sustainable technologies and practices.” The GBAC assembled the Net Zero Task Group to investigate net-zero energy and develop a recommendation to the GSA.

Why does net-zero energy matter?

Organizations such as New Buildings Institute (NBI) and Architecture 2030 have been thought leaders in the high-performance building and net-zero energy space for years. Rocky Mountain Institute, NBI and the National Association of State Energy Officials co-hosted the 2015 Getting to Zero National Forum Feb. 1-3 in Washington, D.C. The event gathered policy makers, design professionals, building owners and commercial real estate representatives to advance NZE across the United States.

The National Renewable Energy Laboratory (NREL), a government laboratory that focuses on energy efficiency and renewable energy, is another leader in net-zero energy thought and practice. NREL has developed a number of useful resources, including higher-level net-zero research (PDF) and case studies (PDF) featuring its Research Support Facility, a net-zero energy office and data center in Golden, Colo.

The GSA and other organizations need a plan to comply with net zero, as progressive state and local energy policies already are trending toward net zero. States such as California and Massachusetts have shown immense support for NZE projects and policies. The state of California already has mandated several aggressive NZE building goals for the coming years, which echo and amplify the sentiments of the task group’s recommendation. For example, California’s Energy Efficiency Strategic Plan (PDF) indicates that 50 percent of all existing buildings in the state will need to reach NZE by 2030, which likely will affect the GSA’s buildings in over 20 California cities. More significant, President Barack Obama issued Executive Order 13514 (PDF), which requires that all new federal buildings meet NZE by 2030. Rather than achieving minimum compliance with these policies, the GSA and other agencies could lead this transformation by accepting the task group’s goals and paving the low-carbon road for others.

The GSA already has shown leadership and progress in the NZE space. The Wayne N. Aspinall Federal Building and U.S. Courthouse in Grand Junction, Colo., is an historic building that the GSA converted “into one of the most energy-efficient and sustainable historic buildings in the country” in 2009. The building was designed to be GSA’s first net-zero building listed on the National Register of Historic Places — a feat much more challenging than designing a new NZE building or retrofitting a non-historic building to meet NZE. The Aspinall building was completed in 2013, and can be certified net-zero energy after its first full year of performance is verified.

The GSA has shown additional support for net-zero energy by providing NZE resources to its facility managers; helping the Army build a plan for its flagship NZE military installation of Fort Carson, which serves as a pilot for Fort Bliss and other Army net-zero projects; and seeking advice about NZE from entities such as the GBAC. This growing expertise positions the GSA well to set and achieve its own aggressive goals while building the largest NZE fleet in the nation.

NZE commitments from the GSA could trigger tremendous market transformations and provide valuable lessons learned to other players. The wide adoption and application of high-efficiency building technologies have helped to drive down costs, promote technology improvements, and lead to greater availability. We can see this transformation occurring now with LED lighting (costs have dropped by over 75 percent since 2010) and solar photovoltaic panels (costs have dropped by over 50 percent since 2010 [PDF]). Similarly, the adoption of the LEED green building rating system helped transform high-performance green building from a novel rarity to a minimum standard for design. The wide adoption of LEED has led many to share lessons learned, improve the process and encourage others to design energy-efficient buildings.

Market-changing LEED adopters include the GSA and other federal agencies. The GSA currently requires a minimum of LEED Gold (the second-highest rating in the LEED system) in its approximately 200 million square feet of leased commercial buildings. A similar requirement for NZE leases would trigger a significant building performance leap in GSA-leased spaces. If the GSA were to build a substantial NZE portfolio, it could drive the innovation that will make large-scale NZE possible and inspire commitments from other agencies and private-sector players.

The goals adopted by the Green Building Advisory Council are both attainable and transformative when put into practice. States such as California and Massachusetts are confirming that net zero is coming. Case studies are showing us that net zero is possible — not just for houses and office buildings, but for government buildings (PDF), operational research facilities (PDF) and laboratories as well.

The net-zero revolution is upon us, and the GSA has the power to lead the way.

This article originally appeared at RMI. 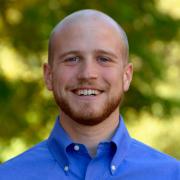 How the feds can take clean energy further, faster

See all by Matt Jungclaus