New technologies are radically reducing plant construction costs and, as a result, the total cost of water.

What does desalination technology have to do with the manufacturing industry? Currently, not much. But it is a loaded question given the water demands manufacturing firms require.

Desalination is an old idea turned increasingly relevant today as droughts from climate change strain water resources in municipalities across the globe. Desalination is the process of making clean, potable water by removing salt or minerals from seawater. Advances in technology have made desalination plants an extremely cost-effective, go-to option for quality water in water-poor regions such as the Middle East but also in southwestern U.S. states such as Texas and California. In fact, desalination technology originated in San Diego in the early 1960s. 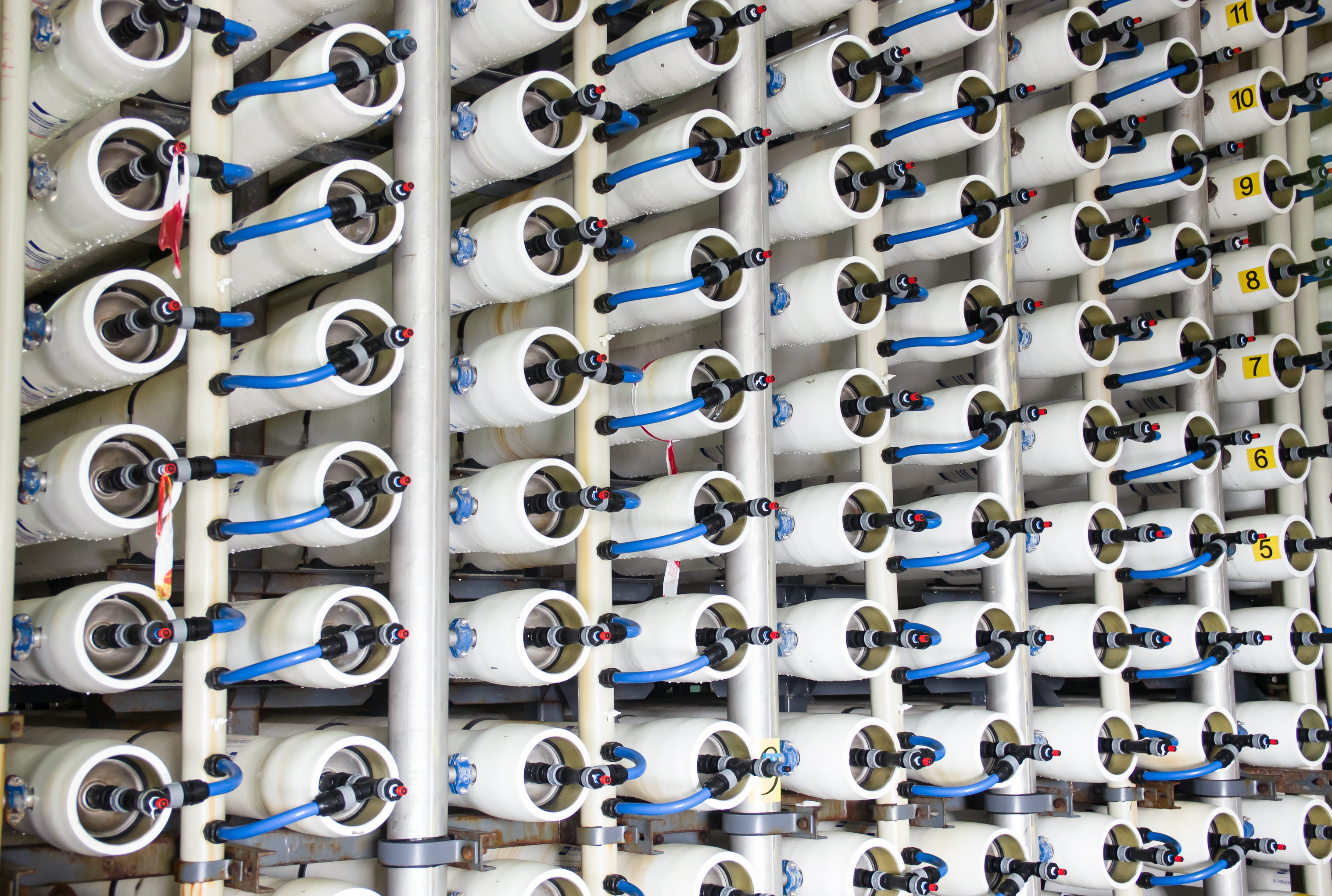 There are about 18,500 operational desalination plants globally, 325 of them within the United States, concentrated in three arid states experiencing rapid urbanization with poor freshwater resources: Florida; California; and Texas.

Costs are trickling down

Desalination is a natural process. The technology has been very effective in supplying necessary quantities of potable water to municipalities and its citizens. It is often commonly used to support agricultural production where steady, consistent water irrigation is a requirement for crop yield optimization. The one downside to desalination until recently has been that the market technologies are energy-intensive, requiring significant force to move water through system processes toward purification. The energy employed to fuel an operational desalination system typically comes from fossil fuels, which emit immense amounts of harmful greenhouse gases into the atmosphere.

For industrial use, desalination plants have been cost-prohibitive and they carried a heavy environmental downside.

However, new technologies are radically reducing plant construction costs and the total cost of water. In addition, renewable energy-powered plants are beginning to become commercially available, scalable and affordable to organizations other than large-scale municipalities. Herein lies the opportunity for industry: to decouple its use of precious freshwater resources; supply its own; and support the production and reuse of pure-grade potable water for factory use in both production and non-production capacities.

Today, a company out of Tel Aviv, Israel, Tethys Solar Desalination, offers a modular, scalable, solar-powered, zero greenhouse gas-emitting desalination "plant" designed using recycled materials. It can supply up to 2.5 million gallons daily for a tenth of the traditional plant energy costs. Tethys's desalination technology makes the business case for the use of desalinated water for manufacturing affordable, eminently deployable and both environmentally and economically sustainable.

Most corporations would factor in three levels of cost structure to greenlight a strategic business decision to install a desalination plant including: the aforementioned initial capital investment; the cost of operation throughout the life of the plant; and any ongoing investment requirements, namely basic maintenance.

Desalination plants have a minimum lifespan (PDF) of 10 years but often reach a 25- to 30-year longevity rate if well-designed and managed. Manufacturing companies seeking to improve operational efficiencies by streamlining their production processes with readily available (reusable) water resources have the ability to align their investment strategy with their stated corporate sustainability strategy. In so doing, two measurable outcomes of this type of hard investment would be a positive effect on the cost structure of the corporate profit and loss (P&L) statement as well as an improvement in the gross margin rate. 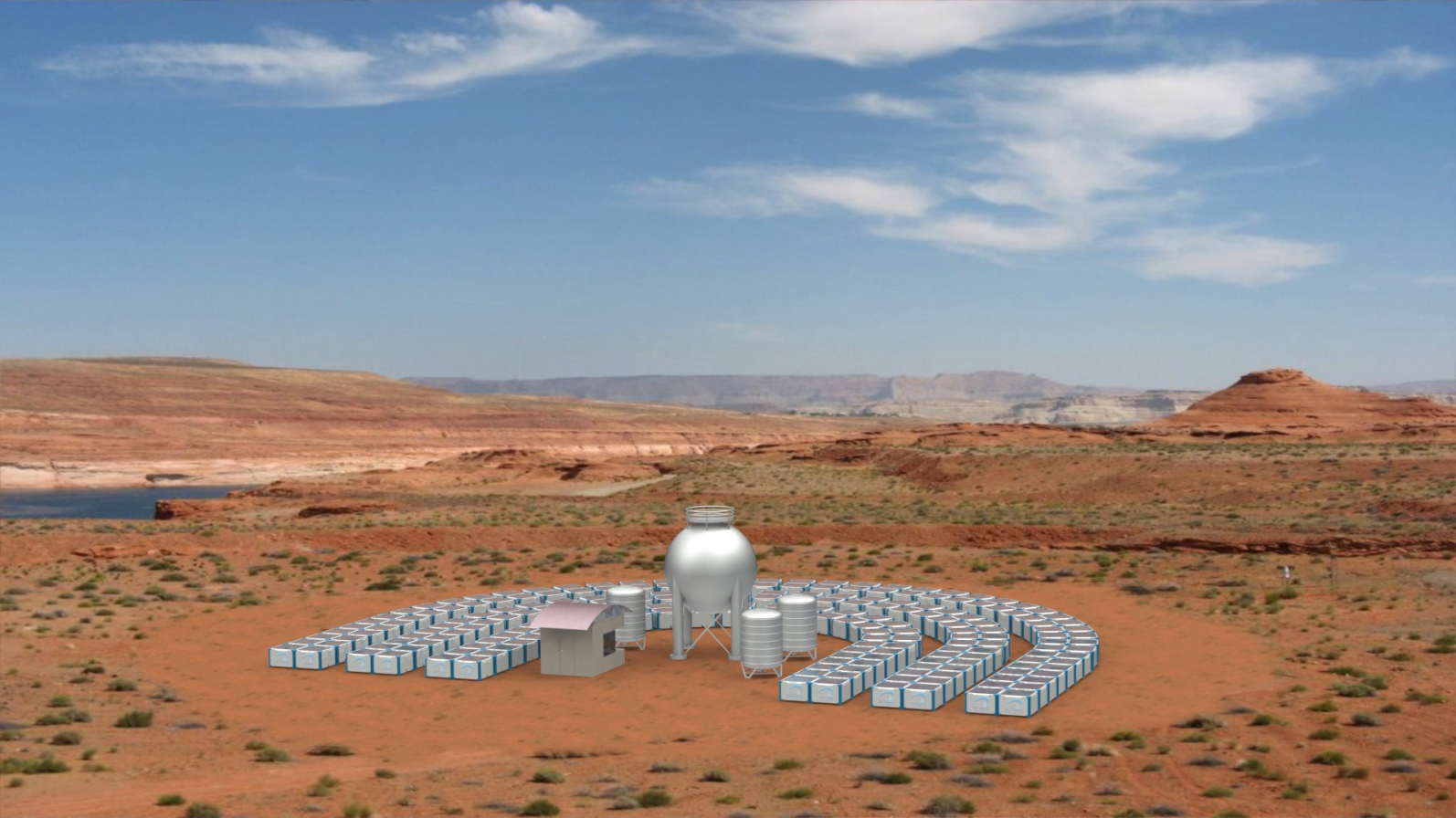 Multinational manufacturing organizations, using the newest desalinization technology of Tethys, can take on the responsibility of installing their own desalination plants next to their company-owned factories (or co-locating with other industry factories) to supply both non-production and production-grade water necessary to run a full-spectrum of a facility’s maintenance and manufacturing processes. An extension of the potential benefit of this type of desalination technology would be to supply excess potable water to the resident population of a developing nation-state. Literally, this means creating a new "freshwater" source for the local factory's community.

The benefits of industry-adopted desalination plants for the use in manufacturing are threefold. First, existing freshwater resources can remain untapped by industry and solely reserved for the needs of the local municipality. Second, scaled desalination plants such as Tethys' provide a secondary freshwater source to a locale that often can exceed the purity and quality of existing freshwater resources. And third, industrial water costs (after initial investment) can, at a minimum, be a declining variable cost line-item; and at best, could become an additional operational revenue stream for an organization.

The use of desalination technology as the key driver of industrial manufacturing is a new idea with exciting possibilities. The upside factors to corporations are not to be underestimated. Those include proactive environmental risk mitigation, long-term competitive advantage development by decoupling manufacturing from freshwater resource management, and stronger brand equity among key stakeholders. Industrial desalination plants are a triple win for corporations, the environment and local communities.

See all by Kate Gaertner