For years, the leading companies making electric trucks — from delivery vans to pickups to heavy-duty semi-trucks — were startups. The multinational giants that make the bulk of the diesel-powered trucks that carry America's goods or help companies maintain infrastructure largely idled on the sidelines.

But in 2019, things are changing: battery costs are dropping, and states such as California are ramping up incentives and mandates for zero-emission buses and trucks. And now the big truck makers are starting to make some more substantial moves into this market.

On Wednesday at the ACT Expo — a large advanced fleet conference in Long Beach, California — the CEO of Daimler Trucks, Roger Nielsen, declared that the beginning of the post-internal combustion engine era for commercial vehicles is here. For commercial trucks, "the road to emissions-free driving will be driven by battery electric vehicles," Nielsen said.

The beginning of the post-internal combustion engine era for commercial vehicles is here.

In a world where these OEMs merely have been dabbling with numerous technologies such as natural gas, renewable diesel, fuel cells and even propane, the declaration was bold and definitive. Daimler Trucks, which will have customers testing 50 or so electric trucks and buses on roads in the United States by the end of this year, "is committed" and "this is our future," Nielsen said.

The "truck market" is diverse. Daimler Trucks — the largest commercial heavy-duty truck maker in the United States with its Freightliner brand — sells hundreds of thousands of heavy-duty, class 8 trucks to shipping companies, and companies with large hauling fleets every year. Volvo, Navistar and Paccar are also big players in this class 8 truck market.

Shipping companies that move goods in urban areas, like UPS and Amazon, buy medium-duty trucks (class 4 to 7) like the Sprinter vans made by Mercedes-Benz (a division of Daimler). Companies buy tens of thousands of these trucks per year in the United States.

Then there are pickup trucks, which are bought by companies and also consumers. Particularly in the United States, these things are rockstars. They move millions of units per year in the U.S. market, and Ford alone sold over a million of its F-series pickup trucks in 2018, or one every 30 seconds.

While delivery vans seem to be moving steadily toward battery power, the big question mark has been the class 8 heavy-duty trucks. Can batteries move such a heavy load far distances and meet the needs of shippers?

But Daimler isn't the only heavy-duty truck OEM to start embracing battery electric.

Volvo Trucks is working on building 23 heavy-duty electric trucks using a $44.8 million grant from the California Air Resources Board for the South Coast Air Quality Management District. The trucks, Volvo's first in North America, will be used to move goods at ports and distribution centers in southern California.

Volvo already makes electric trucks and buses for the European market and plans to commercialize them in North America in 2020. Daimler hopes to start manufacturing production electric trucks in a Portland, Oregon, factory in 2021.

"We've seen a surprising amount of demand from customers [in North America]. They are interested in evaluating this technology," said Keith Brandis, vice president of partnerships and strategic solutions with Volvo Group, in an interview with GreenBiz. Meanwhile, Ford announced this week that it's investing $500 million into an electric pickup truck startup called Rivian. In addition to the funding, Ford and Rivian say they plan to make an electric vehicle together (which probably will be some kind of truck).

Ford, like Volvo and Daimler, largely has sat on the sidelines of electrification in years past. The company makes the best-selling pickup truck in America, the F-150, and has announced vague plans to make a hybrid version and (more recently) an all-electric version of the F-series trucks.

But as Ford has waited to see how the market unfolds, startup XL has built a business off of converting Ford's F-series trucks to both hybrid and battery-electric. And Rivian has been using Ford F-150s as mules (test cars) for the startup's battery and powertrain tech. Now Rivian looks like the big bet for Ford.

It'll be several years before these OEMs are able to deliver their electric trucks at any kind of volume that would rival their diesel truck business. Will the lag enable some startups to gain traction with truck fleet operators? 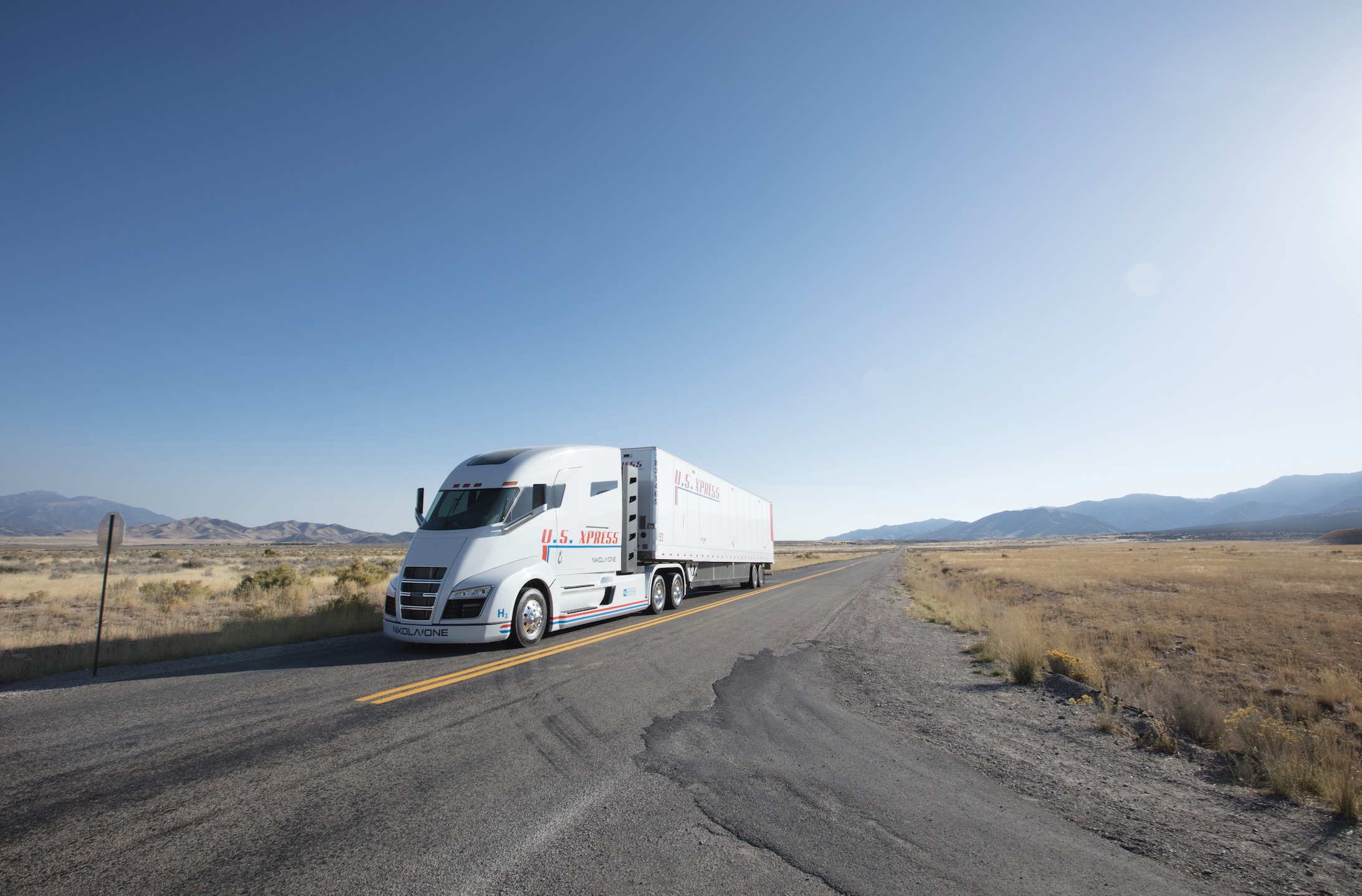 Earlier this month, startup Nikola Motor Company showed off its hydrogen fuel cell-powered semi-trucks at an event in Chandler, Arizona. Beer maker Anheuser Busch plans to buy up to 800 of them.

Tesla has developed an electric semi-truck and has brought in early customers such as PepsiCo, Walmart and UPS. Tesla's CEO Elon Musk also has said that an electric pickup truck is in the works, too.

The startups might not be the worst thing for the big OEMs. That might end up being just the slow pace of innovation.

While Daimler's Nielsen proclaimed his commitment to EVs, he also said that it's still early days for electric trucks and that the industry needs batteries that are half the cost and size and double the energy density. "There's no business case today for a sane and sober fleet manager to buy a battery electric truck," said Nielsen — instead, in the short term, the industry needs to rely on government incentives and industry partnerships.