In order to define a new vision of a regenerative economy, it's necessary to understand why the current model is unsustainable.

Designer William McDonough, known as the "father of the circular economy" and co-creator of "Cradle to Cradle" design — which presents a vision for materials that benefit society with safe materials, water and energy and which eliminate waste — discussed the dark "secret of Wall Street."

"It’s the creation of the perception of scarcity where none exists," he said Tuesday at the GreenBiz 18 conference in Phoenix, Arizona. "It gets us to move, to feel like we’re missing out."

Out of the $893 trillion in global financial markets, $75 trillion — just 8 percent of the total — can be attributed to goods and services reflected in the GDP, McDonough calculated. 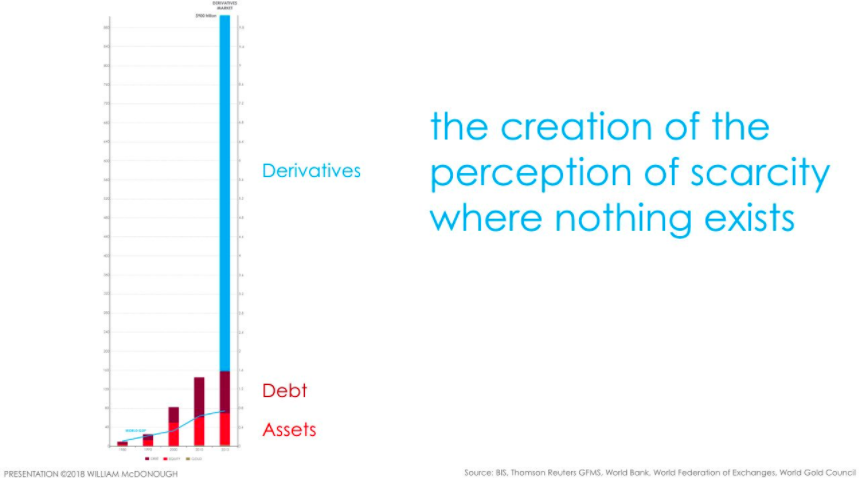 "Ninety-two percent of financial markets are derivatives," he said. And ultimately, it’s arbitrage and trading that is "not based on any assets" and that has caused a massive wealth disparity in the world.

It’s time to create a financial system based on value, not meaning, he said — and the key is the circular economy.

In their 2002 book, "Cradle to Cradle: Remaking the Way We Make Things," McDonough and chemist Michael Braungart laid out a vision of global resources in which everything is a resource for something else; that is based on clean and renewable energy; and which celebrates resource diversity. 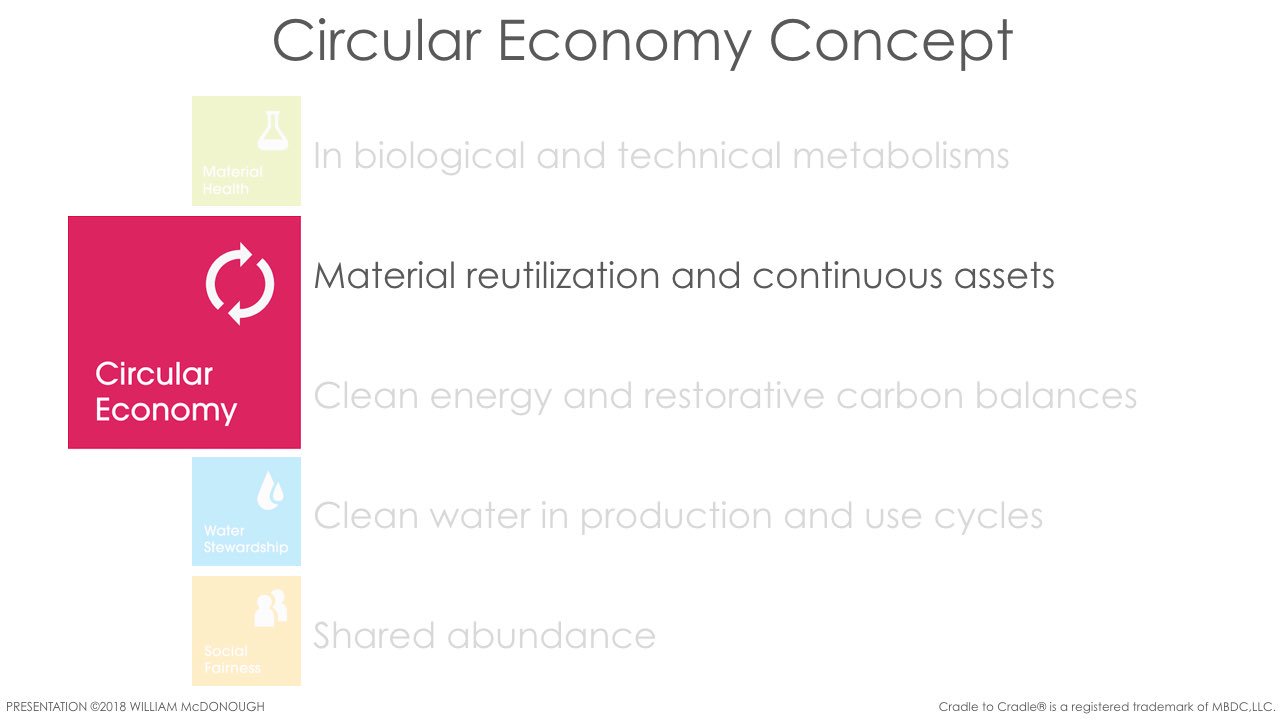 And, he continued, an enduring economy is based in humility, pointing out that "humus" (humility) and "human" come from the same etymology.

How does this translate to the economy? While 40 percent of the world’s assets are tied up in fossil fuels, burning them is unsustainable for the climate and, ultimately, become valueless stranded assets. Thus, we need to view current carbon reserves into "fugitive carbon" to be dealt with through technologies including carbon capture, while transitioning towards a mix of renewable energy, including solar and wind.

McDonough also advocated for the service economy, where instead of selling or purchasing materials for one-time use, products can be re-used as a service: "We have to grow the GDP, but let’s think of goods as services." (For example, Philips is moving towards lighting-as-a-service to keep track of materials throughout their life cycles.) 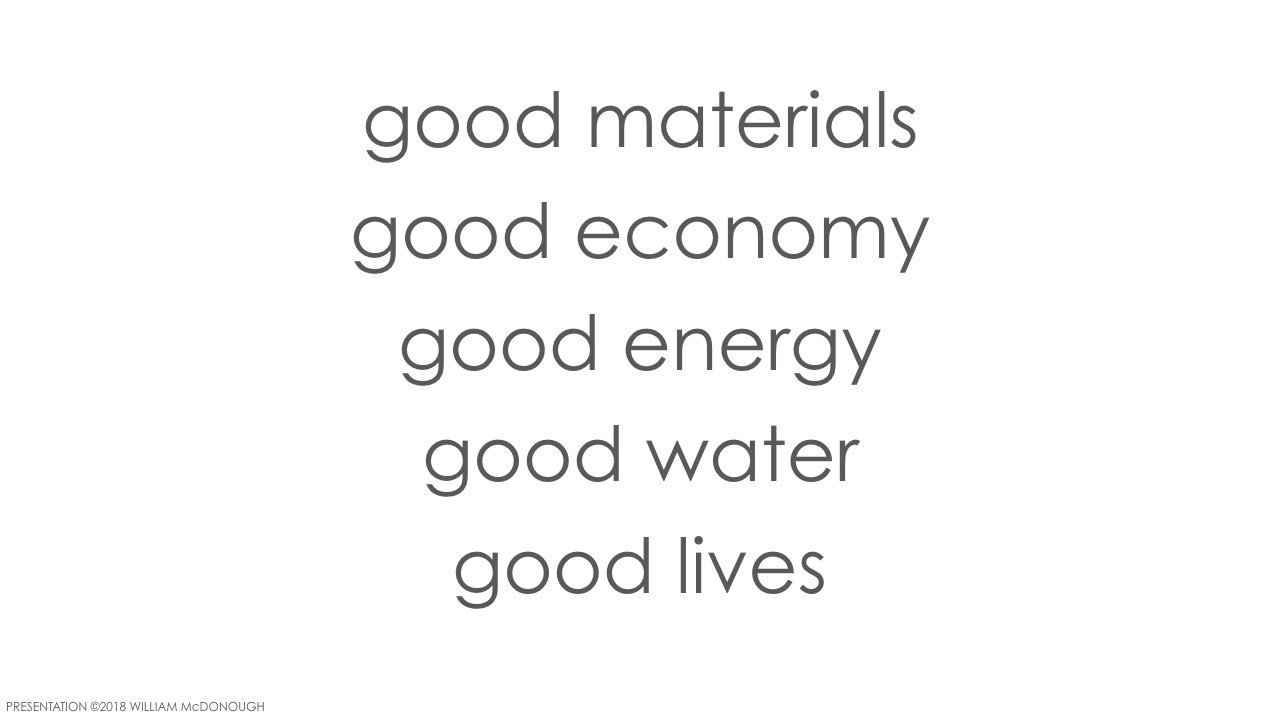 In his 17 years of attending the World Economic Forum, and recently having returned from Davos, McDonough said that the circular economy already has caught the attention of world leaders and industrial countries such as China, thanks to efforts from organizations such as the Ellen MacArthur Foundation.

"We are here to make more goods, less 'bads,'" he said, describing a key starting point for the circular economy. "If you continuously circulate poison, you are worse."

And the creation of an abundance of goods and services — and "goods as services" — is the future of successful economies that turn away from the false perception of scarcity.

There is growing opportunity in renewable energy, the sharing economy and non-toxic consumer products. As an added bonus, if companies follow Cradle to Cradle principles, they "can achieve all of the U.N. Sustainable Development Goals all at once," he added.