A bio revolution to heal the natural world

Nature can help heal nature. Scientists and businesses increasingly are looking to biology to use the natural resources we extract more productively and to tackle climate change.

Until the COVID-19 pandemic broke, climate change was the most complex and pressing challenge of our times. Indeed, there is a link. Climate change is a threat multiplier that, scientists argue, is raising the risk of infectious diseases by, for instance, depriving animals of the genetic diversity they need to control viruses that through zoonotic transfer can be transferred to humans.

A Bio Revolution is underway that could make a contribution to broader efforts to slow or reverse climate change. This revolution is being propelled by rapid advances in our ability to sequence DNA and use that information to engineer genes — to cure human disease, to innovate new forms of biology-based manufacturing and to improve yield and resilience in farming — aided by ever more sophisticated (and cheaper) computing, data analytics and engineering.

By 2040 to 2050, the research finds that these 400 applications alone could reduce annual average man-made greenhouse-gas emissions by 7 to 9 percent from 2018 emissions levels.

In a new report, "The Bio Revolution: Innovations transforming economies, societies and our lives," the McKinsey Global Institute research compiled a library of about 400 applications, almost all of which are scientifically feasible today, that could have direct economic impact of up to $4 trillion a year over the next 10 to 20 years. Taking into account potential knock-on effects, new applications yet to emerge and additional scientific breakthroughs, the full potential could be far larger.

Undoubtedly many challenges are ahead, and some of the science remains to be fully developed. However, by 2040 to 2050, the research finds that these 400 applications alone could reduce annual average man-made greenhouse gas emissions by 7 to 9 percent from 2018 emissions levels. This is the equivalent of up to eight times the total carbon dioxide emissions of the global airline industry in 2018.

Debate about how to slow climate change has tended to focus on the burning of fossil fuels, but increasingly the role of food systems is coming into focus. Raising animals for meat, eggs and milk generates 14.5 percent of global GHG emissions, according to the Food and Agriculture Organization of the United Nations. Today, one-third of all cropland is used to produce animal feed.

A shift toward alternative proteins could reduce carbon emissions, free up cropland for human use or habitat restoration and, indeed, prevent deforestation in the first place. The taste and texture of plant-based meat substitutes is getting close to animal protein, and these products are competing with animal meats in grocery aisles and restaurant menus. Plant-based milk accounts for 15 percent of retail milk sales in the United States and 8 percent in Britain.

The new frontier, however, is cultured meat and seafood using tissue-culture technology. There are major technical challenges in finding a cost-effective way of growing cells, but lab-grown protein could compete on cost with conventional animal production within 10 years. Singapore-based Shio Meats is already trying out its lab-grown shrimp in dumplings.

The other fast-developing area of innovation with potentially large implications for sustainability is increasing use of biological means to manufacture materials, chemicals and energy.

The potential is enormous. As much as 60 percent of the world’s physical inputs are already biological (think wood or animals reared for food) or nonbiological (such as plastics, cement and aviation fuels) but that could be produced, or substituted for, using biology.

Fermentation, for centuries used to make bread and brew beer, is being used to create fabrics such as artificial spider silk. One cosmetics company is selling skincare products using moisturizing oil squalene made from genetically engineered yeast rather than processing liver oil from endangered deep-sea sharks. Leather is being made from mushroom roots instead of animal hide.

Some companies are using genetically engineered microbes to create biofuels for the aviation and marine industries. One startup is using microorganisms to create an alternative to traditional cement that produces far fewer carbon emissions during its manufacture.

In Norway, cruise ship and ferry company Hurtigruten is planning to power its ships by processing fish waste from the fishing and animal-feed industries into a liquid oil. However, while some of these innovations have come to market, a major challenge is competing on cost with products made the traditional way.

There are also new possibilities for carbon capture given widespread deforestation. Reforesting and less human land use has to be the answer, but biological innovations also can help.

For instance, genetically engineered plants potentially can store more carbon dioxide for longer periods than their natural counterparts Algae have a carbon-dioxide fixation efficiency of up to 50 times higher than terrestrial plants.

For now, healthcare is the most advanced strand of the Biological Revolution. But the next frontier is innovations that reduce the human footprint on the natural world. There are many challenges ahead, but also huge promise. 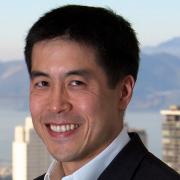 See all by Michael Chui