Given its size and scale, if the U.S. federal government were a corporation, it would be the largest American business in the world.

It has the nation’s most expansive supply chain, is its largest energy consumer and owns more than 300,000 buildings just within the Department of Defense.

That is why every presidential administration over the past three decades has chosen to lead by example by eliminating waste, conserving resources, expanding recycling and being better stewards of taxpayer dollars in all the places where U.S. civilian agencies and military facilities and installations operate and serve.

Together, we the undersigned are the former federal environmental executives and federal chief sustainability officers appointed by Presidents Bill Clinton, George W. Bush and Barack Obama; and for more than two decades we have worked together, building on each other’s accomplishments to advance each administration’s particular focus on energy and environmental leadership.

On March 28, President Donald Trump signed an executive order to rescind or roll back many federal policies on climate and the environment but has not yet taken action on federal sustainability.

As the Trump administration considers how it will make managing the business of government more efficiently their own, we’d like to share three opportunities for leadership and three best practices for how to get it done that the Trump team could use to continue providing value to the American taxpayer while sustaining the government’s responsibility to lead.

For more than two decades we have worked together, building on each other’s accomplishments to advance each administration’s focus on energy and environmental leadership.

First, to modernize American’s aging and vulnerable infrastructure, the Trump administration has an opportunity to work with the Department of Transportation, the Department of the Interior, the U.S. Department of Agriculture and the U.S. Army Corps of Engineers to break down silos within the government to expand the use of green infrastructure to prevent floods, manage stormwater and create better places for people to live at less cost.

Pouring concrete may be the conventional approach to build or repair infrastructure, but it’s not always the best. Examples from Oregon to Georgia demonstrate how infrastructure projects can leverage public-private partnerships and create green infrastructure that prevents sewer systems from overflowing into rivers during heavy rains, restores streams and fishing areas while treating water used by industry, or expand opportunities for outdoor recreation while improving transportation networks.

Secondly, continuing the federal government’s history of leadership in energy efficiency, the Trump administration has a ripe opportunity to expand the most successful public-private collaboration in the government, such as accelerating the Energy Performance Contracting (EPC) program managed by the Department of Energy.

Instituted by Congress more than 30 years ago, EPCs use private financing to fund energy efficiency improvements in Federal facilities, paid for by the resulting energy savings with no cost to taxpayers. Projected energy cost savings from the $4.44 billion in EPCs completed during the last eight years alone will exceed $8 billion — so the program also has a strong return on investment.

Projected energy cost savings from the $4.44 billion in EPCs completed during the last eight years alone will exceed $8 billion — so the program also has a strong return on investment.

Thirdly, building on the Department of Defense’s leadership working in collaboration with the Department of Energy, the Trump administration could help take the next wave of innovation in U.S.-developed advanced energy applications, such as energy storage and microgrid technology, to help make our country more resilient against cyberattacks and other potential energy market disruptions.

The military services already have deployed more than three gigawatts of renewable energy at about the same cost as or less cost than conventional energy. Their capacity and expertise gives the administration an important opportunity to leverage emerging energy technologies to support national security while also supporting American industries and jobs.

A mission that transcends any single administration

Making the operations of the federal government more cost-efficient, sustainable and resilient is the work of decades, not of a single administration. By approaching these responsibilities collaboratively with a focus on the citizens we serve, we helped each other rise far higher than we could have done on our own. The Trump administration can embrace these accomplishments and turn them into something even bigger, and the following three best practices will help them build on the foundations we’ve created together.

First and foremost, the vast portion of the credit for our achievements is without question due to the outstanding career professionals working across the agencies and in the thousands of military and civilian facilities around the country and across the world. By approaching these responsibilities collaboratively and with a spirit of innovation, focusing on the citizens we serve, we helped each other rise higher than we could have done alone.

Next, keeping score kept us all on track to accomplish desired goals. Similar to corporate chief sustainability officers working in collaboration with CFOs, a close partnership with the White House Office of Management and Budget enabled each of our teams to measure performance and results, including cumulative investments in and their attended cost savings, and to develop and share best practices.

Finally, linking up with sustainability efforts in the private sector amplified our results. Many U.S. companies are leaders in corporate sustainability, a key indicator for quality management and shareholder performance. A rising tide lifts all boats, and working collaboratively to aggregate performance commitments and supply chain goals made it easier for both government and private sector leaders to reach them.

The private sector is committed to sustainability because it makes good business sense. The government can continue to play the same role as stewards of taxpayer dollars and the natural resources we all share. We hope that this administration will learn from our work, embrace the spirit of collegiality we brought to the office and achieve positive results that far exceed our own. 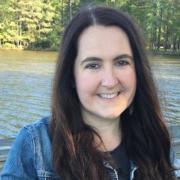 The many faces of energy resilience

How to make solar power work for all

See all by Michelle Moore