Blockchain energy apps may hit the grid faster than you expect

It isn’t just banks that are experimenting with practical uses for blockchain, the distributed ledger system underlying bitcoin and other digital currency technologies.

It turns out that many utilities are also supporting skunkworks projects, as evidenced by the strong group of early supporters that last week lined by behind an initiative intended to accelerate adoption.

But its bigger splash came last week when cofounders Rocky Mountain Institute (RMI) and Grid Singularity revealed that 10 energy companies are already on board. Here’s a rundown of the participants (listed alphabetically):

Jesse Morris, principal at RMI, said the intent of Energy Web Foundation is to establish a standard, open source framework upon which utilities, service providers and developers can create unique services.

Right now, companies can write applications upon several blockchains. The two most advanced ones underlie bitcoin and Ethereum, which some see as a more flexible system for others to build applications.

Neither system, however, really has considered the specific scalability, security or contracting needs associated with the energy sector, Morris said. The foundation seeks to create building blocks that allow companies to create apps more quickly.

"The platform should be common," he said. "The application should come on top of it."

The open source approach will be crucial for inter-operability between the various blockchain experiments under way across the sector, said Thierry Mortier, global power and utilities innovation lead for consulting company Ernst & Young.

"Being open source and open to the outside world is absolutely crucial," he said, referring to the Energy Web Foundation’s mission.

E&Y has identified six broad use cases for blockchain, outlined in the graphic below, and it has surfaced more than 100 experimental applications that are in the works. Startups across the sector have raised more than $1 billion. 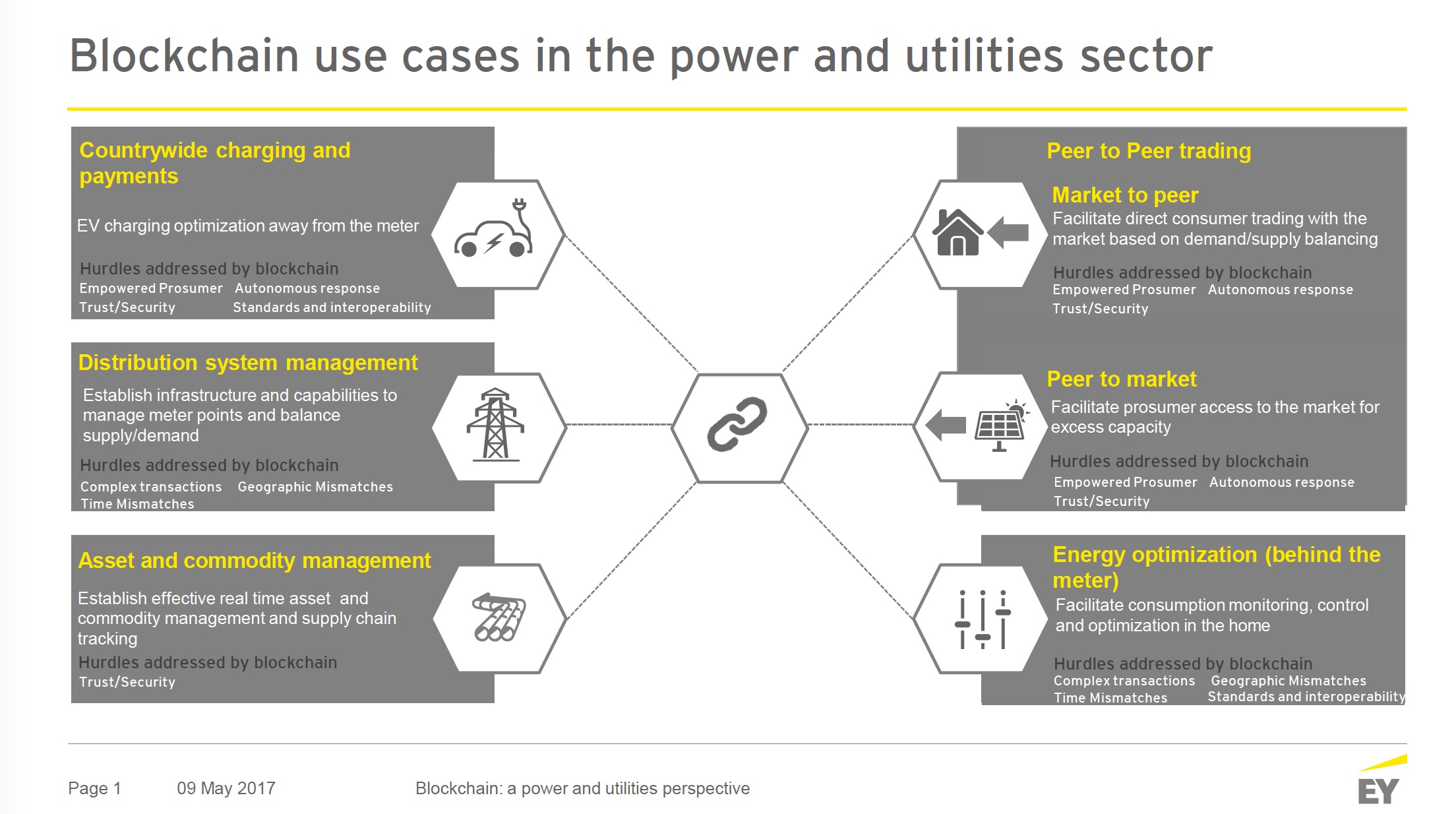 Prototypes of these applications are taking place around the world. "We do see broad interest," Mortier said. "We haven’t come across a utility that isn’t working on something."

RMI’s partner in the Energy Web Foundation is Grid Singularity, a blockchain technology developer, that is specifically focused on energy-related applications. It will do most of the heavy lifting when it comes to creating an open-source system that will be maintained by the foundation.

A test network nicknamed "Kovan" is being piloted in hopes of providing proof of concept for the new algorithm, which can perform up to 1,000 transactions per second and is already used by many blockchain startups, said Grid Singularity CEO Ewald Hesse.

"By embedding further state channel technology, we intend for our architecture to facilitate scaling to 1 million transactions per second over the next several years," Hesse said.

Two limiting factors include the ubiquitous security question — although the blockchain is generally secure, that’s not always the case for the devices sending data — as well as the lack of a regulatory framework.