For decades, automakers claimed they lack affordable technologies to meet higher fuel economy targets. So it's no surprise that some companies are struggling to pull themselves into the 21st century and work more cooperatively on developing stronger standards.

But in a curious twist, it's "Beetle-loving" Volkswagen which has decided to make war not peace with the Obama Administration's 54.5 mpg proposal. Joining them in their battles is luxury-loving Mercedes. But in the most surprising additional twist, horsepower-loving BMW has parted ways with its German brethren and has chosen to take the greener high road.

Tony Cervone, a VW vice president, told PluginCars.com, "Volkswagen does not endorse the [54.5 mpg] proposal under discussion." He's apparently not complaining about the overall mpg target. His complaint is that the laws as written offer "no consideration" for diesel cars. It's no coincidence that Volkswagen cars, like the Jetta TDI and Passat TDI, dominate the market for diesel vehicles in the United States.

VW wants to get special credits toward the 54.5 target simply for producing cars with diesel engines -- even though the 40-plus fuel efficiency of diesel models like the Jetta and Passat are already fairly considered in CAFE (Corporate Average Fuel Efficiency) and CO2 emission testing and are applied to the automakers fleetwide average.

Meanwhile, Mercedes doesn't care so much about diesel credits (although it sells a few diesel models). Mercedes apparently wants even more credits for hydrogen cars and for the plug-in hybrids it plans to sell, despite the fact that the proposal already offers generous electric and hydrogen vehicles treatment as "zero emissions" from 2017-21. Furthermore, the proposed program allows them to multiply this generous treatment by treating them as if they were up to two vehicles.

Here's the problem: Besides undermining the oil and pollution benefits of the program, these kinds of protestations over bonus credits for one kind of technology, fuel or powertrain eventually leads to uneven treatment and loopholes. That, in turn, gets automakers upset, pitted against one another, and demanding that the entire program be scrapped or riddled with so many loopholes that it becomes worthless.

Volkswagen's role as the bad cop -- raising the most stink about stronger standards -- apparently is not confined to just the U.S. In fact, VW's stance in Europe is so bad that is has made them the target of a Greenpeace "dark side" consumer campaign.

Despite the green image it likes to portray, VW is at the heart of a group of companies lobbying against new laws which we need to cut CO2 emissions...
Along with spending millions on groups lobbying against the 30 per cent target, VW is also opposing new fuel efficiency targets.

Curiously, a company that most Americans do not associate with environmental leadership, BMW, has in fact step forward along with 12 other automakers to support the proposal. BMW, in a letter to the Department of Transportation and the Environmental Protection Agency, pledged its support for the 54.5 mpg proposal and eve wrote that it "will use its best efforts to ensure that trade associations to which it belongs will not contest" the new 2017 to 2025 standards. BMW, VW and Daimler (Mercedes parent company) all belong to the Auto Alliance, which spearheaded the fight against stronger standards.

"Regulatory consistency is critical to synchronize product development with government rules. This way, companies have the time necessary to develop technologies that fulfill the requirements while remaining profitable and sustainable. The path from 2017 to 2021 is now clearly marked and we are ready for the challenge."

BMW's different approach appears to be at least in part due to its aggressive advanced vehicle product blitz that will re-position the company in the U.S. away from just luxury performance to luxury plus environmental performance. They have branded their overall efforts as "efficient dynamics".

To be clear, BMW cannot declare itself the "greenest" German automaker just yet. According to the EPA's annual Fuel Economy Trends report, BMW's fleetwide fuel economy in 2010 was just 27.9 mpg, below VW's 31.1mpg but above Daimler's 24.1 mpg. Furthermore BMW' s score is "below average". Perhaps its emphasis on "efficient dynamics" and advanced technologies can turn their score around.

So when it comes to environmental corporate citizenship, not all German automakers are created equal. It's time for VW and Mercedes to follow the lead of BMW (and 12 other automakers) and send their lobbyists back home and put their engineers to work. 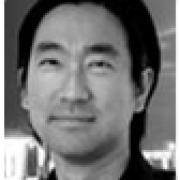 Why the 54.5 MPG Rules Will Lead to a Rebirth of US Automakers

See all by Roland Hwang