The scientific consensus around smoking being bad for your health is famously as solid as that which demonstrates how human activity is contributing to climate change. Now Boeing and partner South African Airways (SAA) may have found a way to tackle both problems by producing renewable jet fuel from a special type of tobacco plant.

The two companies have teamed up for a pilot project that has seen about 120 acres (50 hectares) in Limpopo province planted with Solaris, a nicotine-free, energy-rich tobacco plant. Oil from the plant's seeds will be converted into jet fuel that Boeing says can reduce carbon emissions by as much as 80 percent.

In the next few years, SAA will conduct a test flight using the fuel, taking the next step on its drive to be "the world's most environmentally sustainable airline." In doing so, it will follow in the footsteps of a range of carriers, including BA, Lufthansa, Virgin Atlantic and most recently China's Hainan Airlines, in experimenting with greener fuels. In fact, more than 1,600 passenger flights using sustainable aviation biofuel have been completed since the fuel was approved for commercial use in 2011.

Two years later, the industry committed to carbon neutral growth from 2020 (PDF), but is still struggling to work out exactly how to achieve that goal.

"Ground transport is electrifying as we speak. Power generation — they have many options to go towards renewables and decarbonize," he told BusinessGreen. "Aviation doesn't. We're going to have to have liquid hydrocarbons for a very long time."

The challenge for the industry is that the oil majors who supply them have made limited progress in delivering the lower-carbon fuels the sector craves. "Aviation uses only about 6 or 7 percent of total oil barrel use, so most of the oil companies view aviation as a very small player and it's hard for them to justify the extra effort to supply our needs," Morgan explained. "So part of why we realized we had to be so active in shaping the fuel landscape for ourselves is because we don't have other options to diversify." 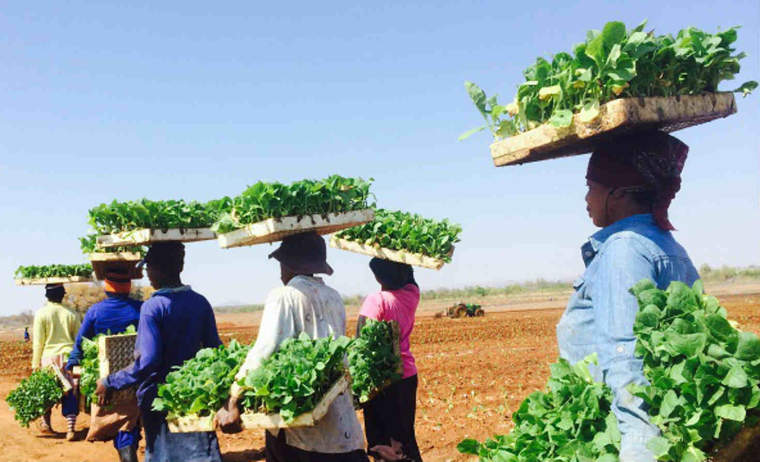 Biofuels plantations have been blamed for deforestation and other land-use change. Campaigners have warned these problems will get worse if airlines start demanding large quantities of alternative fuels.

Morgan suggests that in South Africa, at least, this should not be a problem. "About 14 percent of the arable land in South Africa is under-utilized or unutilized," he said. "If just a small percentage of that 14 percent were used for Solaris or other similar feedstocks, you would provide enough fuel for all of SAA's needs. It's not displacing essential food crops [and] it's a drop in the bucket in terms of total land footprint to produce quite a bit of what is needed."

If Solaris reaches a critical mass in South Africa, Morgan can see the potential for investing in refineries in the country, churning out not just jet fuel, but also road transport fuel and renewable chemicals. This could revolutionize a country that as Morgan puts it, "failed to win the oil lottery" and, like many others in the region, relies on expensive imports of already refined petroleum.

Solaris is still in its early stages, so we will have to wait to get a picture of its true potential among the huge range of alternate fuels that will be needed to successfully decarbonize an aviation industry responsible for around 3 percent of global emissions.

Biofuels around the globe

Boeing is looking at a number of other options, including fuel from plants grown in the desert using saltwater, and it is optimistic that a range of bio-kerosenes promising to be both cleaner than standard fuels and with a greater energy density — essentially offering more power for less weight, a crucial property for aviation — soon will be certified for aviation use.

Currently, these fuels are sold for transport by Finland's Neste Oil and Italian company ENI, but Morgan is convinced of the potential for aviation — he said the three refineries already open in Italy, Rotterdam and near Helsinki currently produce around 4 billion liters of bio-kerosene.

"Now on the global scale, that's not very much, but for aviation that's almost 2 percent of our fuels use with just these initial, first-of-their-kind renewable fuel plants," he added.

The age of greener aviation may not have taken off just yet, but there are encouraging signs it is edging towards the runway.