When it comes to logistics, strategies that reduce carbon emissions also reduce transportation costs. Boise, a leading manufacturer of packaging and paper products in the United States, launched two initiatives to do just that -- shift from road to rail transport and make more efficient use of rail transport.

Together, these initiatives have resulted in a combined 60 percent reduction in the company’s carbon dioxide (CO2) emissions from transportation-related activities, as well as cost savings on the targeted shipments.

Carbon emissions from freight transportation are on pace to grow 40 percent by 2040 -- the equivalent of carbon emissions produced by 39 million passenger vehicles on the road today.

Leading shippers such as Boise are making changes to put us on a more sustainable path. Boise’s story is the third in a series (PDF) of EDF and MIT case studies about carbon-efficient logistics.

In the Carload Direct Initiative, Boise switched from using a combination of rail and truck to send products to one of its customers, OfficeMax, to sending shipments exclusively by train. Both Boise and OfficeMax facilities are directly accessible by rail, so the two companies collaborated to make the switch. More than 200 carloads were shipped via rail direct from Boise manufacturing facilities to OfficeMax distribution centers in 2011.

Taking efficiency to the next level, Boise launched a Three-Tier Pallet Initiative to increase product volume in each rail shipment. Before this project, railcars were loaded two pallets high, leaving a space from the top of the second pallet to the roof of the railcar. The company introduced a half-pallet size to take advantage of the extra space in rail cars. This increased railcar use by 14 percent and also provided the customer greater order flexibility.

The two initiatives have yielded combined carbon emission reductions of more than 2,800 tonnes of CO2, the equivalent of saving more than 313,000 gallons of fuel.

Collaborative distribution presents a huge opportunity for companies to reduce costs and carbon emissions. Sure, collaboration has its challenges, such as coordinating schedules and order sizes, protecting data and adjustments to inventory. Still, leaders are finding solutions to these challenges.

Editor's note: This article originally appeared at EDF's Innovation Exchange. To learn more about logistics and the convergence of sustainability and technology, be sure to check out VERGE SF Oct. 14-17.

Image of rail platform by Snvv via Shutterstock 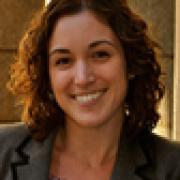 Infographic: A path toward sustainable freight

See all by Kate Hanley