Energy ministers from around the world converged with business and NGO leaders and entrepreneurs in downtown San Francisco Wednesday for the first day of the Clean Energy Ministerial 7th gathering (CEM7) to figure out how to transition the world to clean energy.

Philips Lighting announced it will sell 2 billion LED light bulbs —  whose use could translate into an electricity savings equal to taking 60 coal-fired power plants offline — in the next five years, to begin delivering on CEM's "global lighting challenge" to bring energy-efficient lighting to people around the globe.

All Power Labs demonstrated its mobile mini-power plants: biowaste and agricultural waste gasifiers that not only generate clean energy for a locality but also sequesters carbon by producing biochar as a byproduct. Biochar is a carbon-holding natural fertilizer that when added to soil both enriches it and sequesters the carbon that would have otherwise been released into the air.

Meanwhile, startup Getcleantech.com described how it is building a global software platform to connect all the world's clean tech companies with the investors who might fund them and the renewable energy projects that need them — LinkedIn style.

And tiny 10Power, Sistema Biobolsa and Sustenersol Company showed how they are bringing electricity to rural communities in Haiti, Nicaragua and Tanzania, respectively. 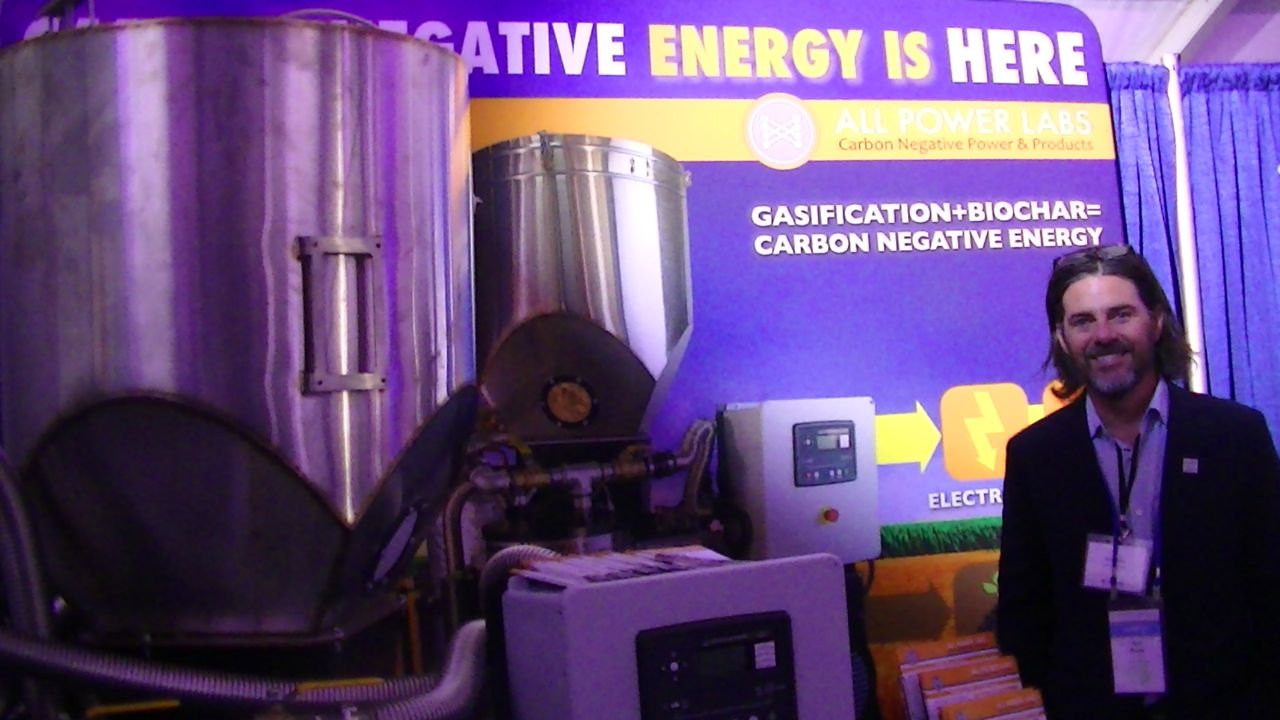 These and dozens of other companies hailing from 18 nations as far away as Bangladesh and Sweden and Korea set up at the CEM7 Startups & Solutions Showcase —  are disrupting the electricity industry. They certainly challenge the notion that electricity is a stodgy, unchanging industry.

Bringing on the clean energy transition is the point of the CEM7 gathering. That transition is necessary to deliver on the historic Paris Agreement reached by 195 countries in December to prevent global temperatures from rising 2 degrees Celsius above pre-industrial levels.

Disruption will be the name of the game.

But if the world chooses to work to abide by the 2 C ceiling, that "presents a $12.1 trillion investment opportunity," Bloomberg found in the update to its Mapping the Gap report about closing the gap between business-as-usual to meeting the Paris Agreement. 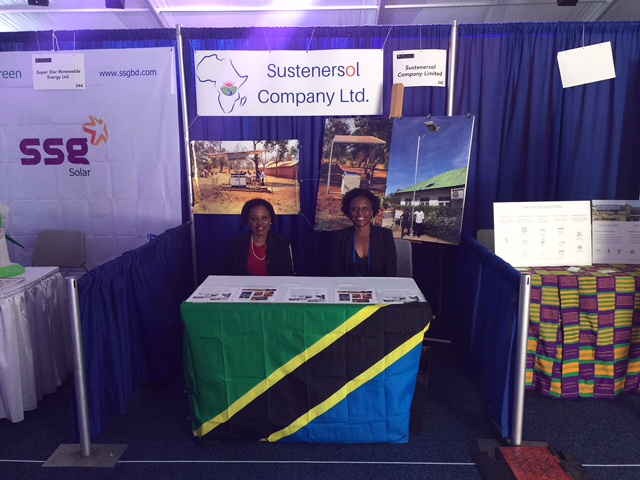 Philips, the largest light bulb company in the world, said it is embarking on the 2 billion LED lights sold campaign to help fulfill the "global lighting challenge" launched at COP 21 in Paris by the Clean Energy Ministerial to deploy 10 billion high efficiency quality light bulbs such as LEDs as soon as possible to combat climate change.

"We are very confident that we can act, and help others very quickly determine how we can change business as usual," Bien said, adding that the company is committed to becoming carbon neutral in its operations by 2020.

This startup is tackling some of rural poverty's two biggest problems: how to provide electricity in rural outposts where people currently have none and what to do with human and animal waste so is not a health risk.  Sistema Biobolsa has developed a biofuels digester that converts animal and human waste into energy that can power small electric generators. Sistema Biobolsa has its product up and running in Nicaragua and is slowly expanding across Central America. 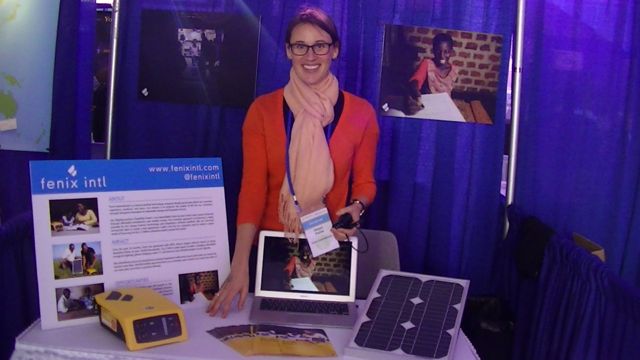 Fenix International developed a mobile payments system and wrapped it with a mini solar plus storage apparatus so that Ugandans can get off-the-grid electricity in their homes at an affordable, pay-as-you-go cost. Customers use an app in their mobile phones to pay the bill for the electricity usage that the same app records. The roughly 8 inch by 12 inch box has a battery in it that is electronically hooked up with a 2-foot by 1-foot solar panel the customer can put on the roof or in the yard to collect the sun’s energy.

Honeywell committed to invest $900 million in R&D and new manufacturing capacity to create alternatives to hydrofluorocarbons (HFCs) — greenhouse gases with extra potency in a warming climate. Honeywell said it will use this money to expand production of what it calls "the broadest possible portfolio of reduced- and low-global-warming-potential (LGWP) alternatives" for use in refrigerators, auto air conditioning, insullation, industrial solvents and other places where HFCs are now used. Honeywell said it already makes LGWP alternatives available, but it will scale up.

EnergyAccessX: getting electricity to those without

Bloomberg states that if the Paris Agreement goal is to be met, the majority of the $12.1 billion in new investment must go to electricity projects in emerging markets.

In the developing world, huge swaths of rural landscapes are not electrified, leaving 1.2 billion people — or nearly a fifth of the world's people — without access to electricity.

So part of the challenge to the CEM7 gatherers is how to provide that energy to the globe’s rural poor and how to drive investment into clean energy in emerging markets.

It is a topic of huge interest, judging by the oversold EnergyAccessX event hosted Wednesday by Power For All, one of the preliminary meetings before the energy ministers actually gather. It was a full day of discussion — and sometimes argument — about how best to attract financial capital towards clean distributed energy projects in the developing world.

Nancy Pfund, the founder of DBL Partners venture capital fund, told the group that it will happen — that momentum in the innovation space is on task and investors will follow: "The 21st century is when people get access to distributed energy."

Dan Kammen, professor and director of the Renewable and Appropriate Energy Laboratory at the University of California, Berkeley, said a lot has been achieved just by having the goal to do so, as the U.N. formalized in its Sustainable Energy for All strategy.

"The fact that the U.N. and many countries have targets and pathways is critical because it forces other groups to look at the questions" of what technologies might actually work, he said.

Many of the entrepreneurs exhibiting at the Startups & Solutions Showcase were addressing the electricity access problem with their off-grid electricity generation inventions.