<p>The Gulf oil spill is now at least three times the amount of the 11-million-gallon Exxon Valdez spill in 1989. How BP handles the catastrophe will be the true measure of the company -- and a sign of whether the industry has learned from the disaster 21 years ago.<br /> &nbsp;</p>

The Gulf oil spill is now at least three times the amount of the 11-million-gallon Exxon Valdez spill in 1989 by some estimates. Sen. Lisa Murkowski (R-Alaska) observed that "the recovery from the Exxon Valdez oil spill was long and sad, and it took 20 years for litigation over punitive damages to be resolved. ... That in and of itself was a tragedy we can't let happen again."

When news of the Exxon Valdez oil spill broke in March of 1989, the slow and inadequate corporate and government response to the disaster ushered in a new wave of leaders in the environmental movement.

One of these new visionary leaders was Joan Bavaria, the driving force behind the Boston-based Ceres, which was founded in 1989 to advance what was then viewed as a sweeping 10-point code of environmental conduct that became known as the Ceres Principles.

In ancient Rome, Ceres was the goddess of agriculture, charged with guarding humankind's survival. In the wake of the Exxon Valdez disaster, Joan Bavaria and the Ceres team began to build a movement to do just that by creating a new way to hold companies to higher environmental performance and disclosure standards and to provide market based incentives to spur innovation and environmental leadership. 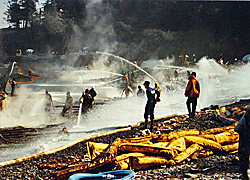 It was not an easy task in the early 1990's to bring corporate CEOs and leaders in the environmental movement together.

At the time of the Exxon Valdez spill, a spokesman for Exxon said that the Ceres Principles "do not recognize the need to balance environmental protection with the importance of adequate energy resources and a stable, healthy economy."

Five years later, another oil company, Sun Oil, had an entirely different view on this when it broke ranks with the Fortune 500 and surprised everyone to become the first large company to join with Ceres.

Sunoco CEO Robert Campbell said at the time that his company and members of Ceres developed trust for each other and realized that their goals were similar. "Their goal and our goal did not seem so far apart," Campbell said. "The Sun Company decided that by signing the Ceres principles they would be placing themselves at the forefront of business' role in protecting the environment."

Campbell displayed true leadership and willingness to ignore pressure from his CEO counterparts, who at the time were angry at him for joining with environmentalists.

Ceres continues to play an important role and is focusing on steering investor assets toward companies demonstrating a commitment to sustainability and improved environmental performance -- and away from more risky laggards.

The original reporting framework Ceres designed in the early 1990's evolved into the Global Reporting Initiative, the de facto standard for corporate disclosure of sustainability information used by 1,500 companies worldwide.

The Future for BP

BP's CEO Tony Hayward pledged this week "to clean up every drop of oil" off the oil-soaked shore and to put the "Gulf coast right as fast as we can."

Since April 22nd, BP has spent over $800 million responding to the spill. BP's stock price has dropped over 25 percent during this period, eroding nearly $50 billion in market value.

More trouble lies ahead for BP as it may face the specter of EPA fines of $1,100 per gallon or up to $4,300 if gross negligence was found to cause the spill. The total costs for BP could exceed by some estimates over $25 billion, far eclipsing the $3.8 billion costs for the Exxon Valdez spill.

How BP handles these costs will be a true measure of the company.

BP has come under fire for its early handling of the financial settlements from individuals. Alabama's Attorney General Troy King on Sunday said he told BP to stop encouraging settlement agreements among coastal residents that he said stripped people of their right to sue in exchange for a $5,000 settlement.

Furthermore, CEO Hayward recently was quoted in The Times of London repeating his commitment to pay all verifiable individual claims but qualified his statement further by saying that because "this is America" many of the claims will likely be "illegitimate."

Instead of hedging and dodging, BP would be well served to take the high road on settlement issues.

On the wall of Bavaria's cluttered Boston office was a sign that read: "Life is a test. It is only a test. If this were your real life, you would have been given better instructions."

She was put to the test in 1990 as she visited Prince William Sound on the first anniversary of the Valdez spill and wrote,

''The extent of the damage is still disputed and probably will be forever. But one thing was crystal clear: Such disasters need not happen, they must not happen, and we must not let time heal this wound so well that we forget the tears, the tragedy, and bet again on luck to pull us through.''

This message rings as true today as it did then. While the tragedy of the Gulf oil spill itself cannot be undone, let's hope that Hayward is prepared to follow through on his original commitments and follow Bavaria's advice as he deals with the aftermath of clean-up and compensation.

Mark Tulay worked for Joan Bavaria at Boston-based Ceres as the organization's first full-time employee beginning in the 1990s. He has worked in the environmental movement for over 15 years and is the founder and CEO of Sustainability Risk Advisors. 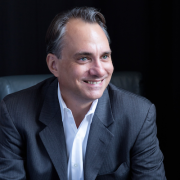