From Brazil to Botswana, nations dig into ecosystem services

Ecosystem services are gaining the attention of government officials around the world. A new BSR working paper finds that by late 2013, 68 countries had engaged in work on ecosystem services, ranging from research and task forces to promoting new policies.

For businesses, the questions about this emerging domain are many, including where, how and in what time will frame ecosystem services gain traction in specific governments. Given the breadth and depth of public sector work, it is increasingly likely that ecosystem services could shape future policy and regulations, as well as government expectations of the private sector, particularly on public lands.

1. National governments are exploring the expansion of GDP measures to include natural capital, which would draw in ecosystem services measures.

A growing number of national government officials have publicly committed to measuring natural capital and factoring it into decision-making processes, along with more traditional measures.

For example, 18 countries, plus the European Union, joined the World Bank's Wealth Accounting and the Valuation of Ecosystem Services partnership focused on "ensuring that the national accounts used to measure and plan for economic growth include the value of natural resources." In addition, activity exploring natural capital accounting expanded on the African continent. For example, 8 out 10 countries that are signatories to the Gaborone Declaration have agreed to establish an interim secretariat in Botswana that would provide technical and financial support to countries willing to undertake natural capital accounting in Africa.

In Latin America, the nation of Costa Rica is on the cutting edge with the introduction of a draft law on natural capital. Titled "Valuation of Natural Capital and Integration of Green Accounting in Planning for Development," the law proposes that the country require environmental impact assessments to incorporate an economic valuation of the impacts that new infrastructure or economic development projects would have on natural capital.

Looking forward, public sector work on natural capital is likely to both expand in geographic scope and deepen in areas where it is already underway, particularly in light of the work of the Natural Capital Declaration, supported by the 41 financial institutions and 23 NGOs that are signatories.

Several Asian nations have created payments for ecosystem services (PES) programs as they transform ideas around restoring ecosystems into practice. For example, in China, the first state-level transprovincial eco-compensation program saw its first transfer payment in April 2013. Henan Province sent $648,824 to neighboring Anhui Province for remediation, after polluted water from Anhui reached the downstream city of Bozhou. This cross-provincial transfer payment may offer a new avenue for addressing widely dispersed environmental problems in other parts of China.

Further illustrating the potential of PES to raise funds for ecological restoration work, Vietnam announced that the country earned $58 million from the collection of PES in 2012. The payments were collected from hydroelectric plants and water supply plants, which represents the equivalent of the national budget allocation for the forestry sector. Given these positive results, Vietnam's agriculture ministry is exploring the possibility of expanding the program to include other industries, such as ecotourism.

In Latin America, the countries of Brazil, Colombia, Costa Rica and Peru continued to explore financial incentives for investing in the restoration and maintenance of ecosystem services. For example, in 2012, the Peruvian Ministry of Environment and NGO Forest Trends launched a Watershed Services Incubator to help Peruvian cities develop financing mechanisms for watershed protection. In Brazil, the States of Acre and Amazonas passed laws to establish a legal framework for measuring and valuing ecosystem services so that they can implement PES programs. In Colombia, the Ministry of Environment established new PES regulations to authorize payments to those who own land in key areas for watershed protection, based on the opportunity cost of ceasing to grow crops or using the land for grazing.

PES activity also continued in Europe. In 2013, for example, the U.K. government's Department of Environment, Food and Rural Affairs released "Payments for Ecosystem Services: Best Practice Guide," as well as an action plan. The action plan covers capacity building and funding for pilots and research. It also summarizes best practices, and recommends specific opportunities for impact, such as green infrastructure and incentive-based agri-environmental payments.

3. Public sector-funded applied research on ecosystem services is on the rise.

Europe, the United States and China continue to offer a wide array of government-supported research and voluntary initiatives related to ecosystem services. The Chinese government initiated academic research on ecosystem services assessments. The European Environment Agency (EEA) released its Annual Management Plan 2013, which outlines its accomplishments in 2012 and describes plans for 2013, including extending ecosystem accounts to cover a broader range of natural capital and services.

We also saw in 2013 the launch of OpenNESS (Operationalization of Natural Capital and Ecosystem Services). This new initiative, which will run through 2016, will translate the concepts of natural capital and ecosystem services into operational frameworks that can provide tested and practical solutions for integrating ecosystem services into land, water and urban management, as well as decision-making.

Overall, public sector engagement with ecosystem services around the world continues to accelerate and expand. The key question for companies is what is going on in the specific countries and regions where they have investments and/or significant supply chain partnerships.

Will governments begin asking about corporate impacts and dependencies in the coming years? 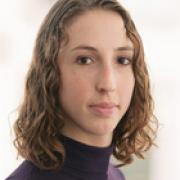 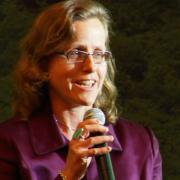 How your business can set science-based climate targets

Safe and sustainable chemicals: The case for action

See all by Corinna Kester