The breakout biofuel for heavy-duty fleets

Biofuels have had a long history of controversies. I've covered my fair share of 'em over the years, and as a result, I pretty much stopped paying close attention to the market because it was mostly just a big ol' bummer. And electrification is the big transportation story, right?

Well, last year the fleet manager for the City of Oakland Public Works, Richard Battersby, told me about how he had started running more than 350 Oakland city vehicles on a biofuel called "renewable diesel." The drop-in fuel was made by a Finnish oil company called Neste and sourced from Oakland's own waste oils from restaurants and other businesses.

Turns out there's a whole circular economy for transportation happening over in GreenBiz's backyard. Go figure. Battersby was a speaker at our VERGE 19 event (which was in Oakland), and he wouldn't stop raving about renewable diesel to our audience.

I learned another thing about renewable diesel last week from Neste, the world's largest producer of it. The company is making a truck-load of money off the stuff.

Neste released its 2019 annual earnings Friday and reported a record operating profit of over $2 billion, much of it driven by growth in sales of its renewable diesel. Neste CEO Peter Vanacker said in a release about the earnings that "year 2019 was Neste's best ever." 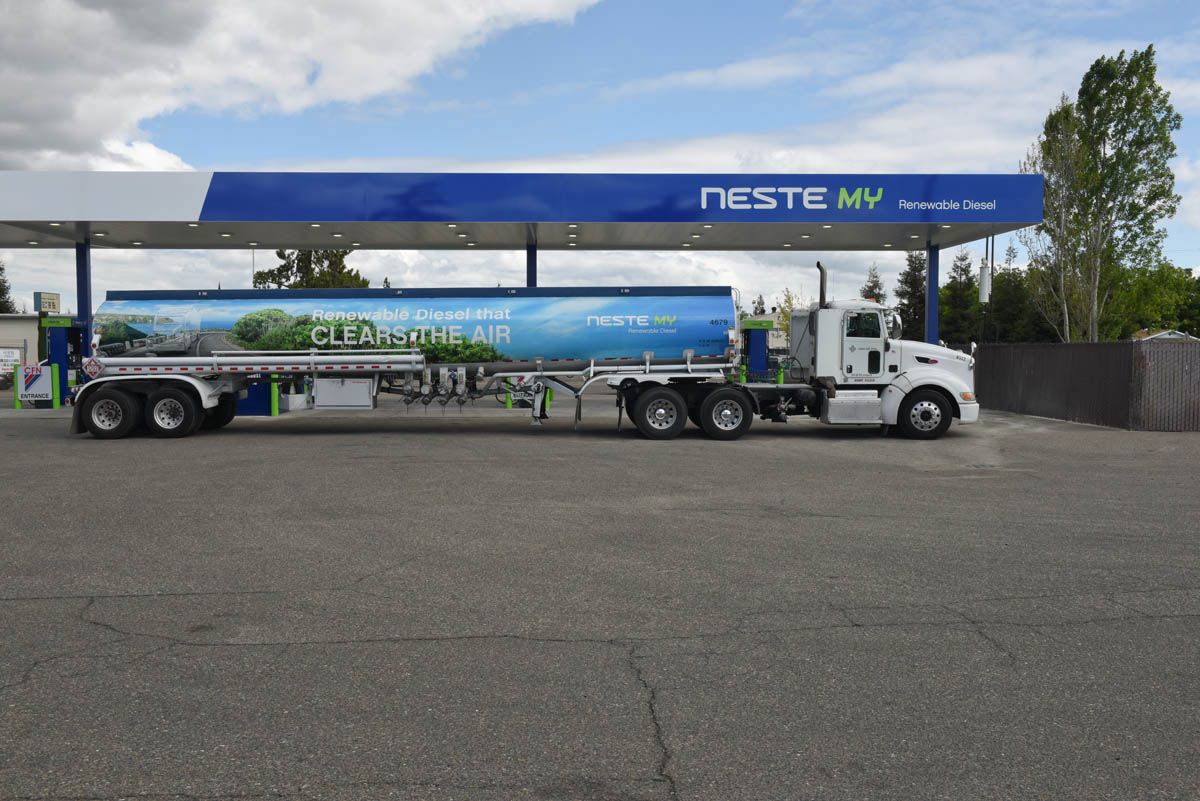 I sat down with the president of Neste's U.S. division, Jeremy Baines, at the Bloomberg Mobility Summit (a day before Neste's earnings) to learn a little more about what Neste has been up to and what it plans for 2020. In a nutshell, companies and cities, many of them in California and Oregon, have had a growing interest in renewable diesel because it's a way to reduce their carbon emissions by dropping it straight into the diesel engines of the heavy-duty vehicles they're already operating or plan to operate.

The idea is they can reduce transportation emissions now, instead of later, and also avoid the investment of electric charging infrastructure today. Many of the really hard-to-electrify big truck fleets are worried that electric isn't yet cost-effective for them. And because of the low-carbon fuel standards in California and Oregon, renewable diesel is price-competitive with fossil fuel-based diesel.

When it comes to biofuels, the devil is really in the details of what they're actually made of. Some biofuels are more sustainable than others, and some aren't sustainable at all. And here, Neste, which has been doing this a while, has been pioneering how to be sustainable.

When it comes to biofuels, the devil is really in the details of what they're actually made of.

Neste says it sources more than 80 percent of its renewable fuels globally from organic wastes such as used cooking oil and animal fats, while 20 percent comes from vegetable oils such as palm, soy, camelina and canola. An entire 100 percent of the renewable fuels sold in the U.S. are from wastes.

That's a big deal in an industry that has been plagued by an uproar over land issues and deforestation to produce crops for biofuels. And in fact, biofuels have a pretty bad reputation in general. Maybe renewable diesel will be able to change that.

Here are five things you should know about Neste and its renewable diesel that I learned from chatting with Baines last week. (BTW, Neste is a sponsor of VERGE 20, which will be in San Jose, California, this year):