When it comes to green building labels, Energy Star and LEED have plenty of name recognition in the United States. Now, real estate managers have another system to consider as an alternative for proving a property’s energy efficiency and sustainable operating credentials.

The 25-year-old BREEAM methodology, developed and officiated by U.K. consultancy BRE, is migrating to the United States under an initiative spearheaded by consulting firm BuildingWise. Training in the principles of the program starts in August. The first building to be assessed using the framework — a city-block-scale renovation project in downtown Los Angeles called The BLOC — should receive its certification from BREEAM USA by October.

"Our corporate value is to use best practices to build the healthiest projects," said Clare De Briere, chief operating officer and executive vice president at the Ratkovich Company, which is behind the renovation. "If there’s something new that we can do to make a better project, we’re going to do it."

BREEAM (short for Building Research Establishment Environmental Assessment Methodology) is a big deal in Europe, which makes sense given its British roots. The system is available in more than 70 countries. Roughly 548,500 certificates have been conferred so far; more than 2.25 million buildings have been registered.

For perspective, LEED, maintained by the U.S. Green Building Council, boasts a broader footprint when it comes to international presence, with 160 countries and territories. As of May, about 15 billion square feet of space had been certified under the program. Put another way, so far, there are about 79,100 LEED projects worldwide.

The collaboration between BRE and BuildingWise is focused on a very specific thing: assessments for existing building via the so-called BREEAM In-Use standard.

BuildingWise CEO Barry Giles said the focus is on the roughly 5.6 million commercial buildings in the United States that aren’t being benchmarked using a "scientifically based" certification. It costs $1,000 to register for the online self-assessment tool, which should encourage owners of smaller buildings (from 60,000 to 10,000) to participate, Giles said. It’s pretty simple to generate an unverified score.

"You can see in real time the steps you need to take. It immediately shows you the next levels of improvement," he said.

From there, a building owner manager could opt to move forward with a full-blown evaluation by a BREEAM In-Use Assessor or to invest in a verified certification.

If there’s something new that we can do to make a better project, we’re going to do it.

Ratkovich Company is investing in a BREEAM certification for the BLOC project — which includes 460,000-square-feet of retail space, an office tower and a 496-room hotel — for reasons including the name recognition that the program has among potential development project investors from outside the United States, according to De Briere.

That doesn’t mean it's ignoring LEED certifications; in fact, it has made substantial investments in the program. For Ratkovich, BREEAM will complement existing green certification processes. "Our corporate value is to use best practices to build the healthiest projects that we can,” she said. "If there’s something new we can do to make a better project, we’re going to do it." 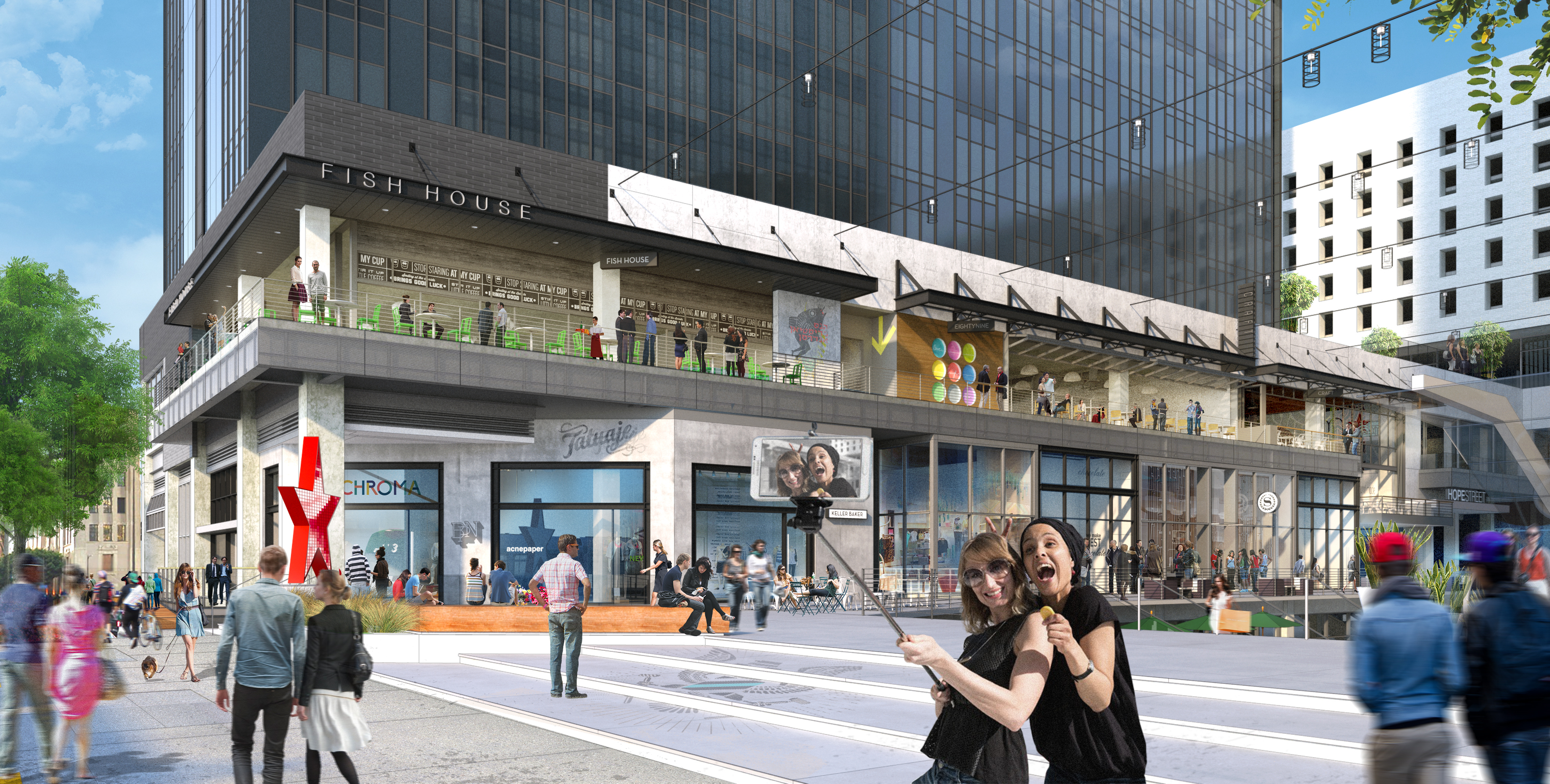 Simon Turner, president of environmental consulting firm Healthy Buildings and a certified LEED AP, said he believed the new BREEAM program will appeal to building owners who don’t "have the appetite for LEED" because of cost or resource concerns. "There’s definitely a market for a program that is practical," he said.

Turner’s team is being trained on the principles starting in late August. "What I like about BREEAM is that they get a chance to inch up their commitment,” he said. “They don’t have to go all-in immediately."

The latest rendition of LEED (version 4.0), represents a major overhaul to previous versions and has been described as stricter than past editions. For one thing, it requires ongoing monitoring of both energy and water consumption. The paperwork requirements also can be onerous.

The push for creating green buildings — and providing it — is accelerating. In late June, the World Green Building Council launched an initiative to drive new support behind the idea of net-zero energy buildings, ones that produce all the power they need to operate, usually via some form of on-site renewable energy. The council is pushing for all new buildings and major renovations to have a net-zero goal by 2030. To do that, the various green building councils around the world will have to commit to that same idea.