The people of Britain have narrowly but loudly spoken to halt integration. And it doesn’t stop there.

Elsewhere in Europe, support for the European Union is lagging, anxiety about migration is rising and economic opportunity is weak. Elections in France and Germany next year look increasingly uncertain. And in the United States, of course, there has also been a loud cry against integration in this strange election season.

At its heart, sustainability is about integration — integrating social and environmental considerations into business, and integrating disparate populations into a global economy that works for everyone. Both of these aspirations require open societies.

There are numerous lessons for sustainable business leaders amidst these troubling signs of disintegration, more than we have seen since the Berlin Wall fell.

1. We must focus more on inclusive economic growth

Too many people are, and believe themselves to be, left behind by globalization. While unprecedented numbers have been lifted out of poverty in the past few decades, very large numbers are being excluded from progress.

Sustainability is about integration — integrating social and environmental considerations into business, and integrating disparate populations into a global economy.

Globalization, technology and fraying social safety nets are increasing vulnerability, particularly for rural citizens and the young. Inclusive growth should be significantly higher on the sustainability agenda.

If not, fear rather than hope, and defensiveness rather than confidence, will win the day.

We must put to rest, once and for all, the damaging and erroneous concept that climate change and inclusive growth are in conflict.

In terms of risk, vulnerable populations will be damaged most by galloping climate change. Sustainable business leaders need to make the case even more strongly that decisive action on climate is the best way to ensure economic security.

This will happen only if jobs are produced — and not only jobs that benefit the urban elites who continue to believe in integration.

3. Big institutions have to stand for basic fairness

All major political parties supported the "Remain" vote. They lost.

Similar dynamics are playing out in the United States, Germany and France, where long-standing political parties are being disrupted by outsiders with a clear — though wrongheaded — message.

All the sustainability reports in the world will not convince a single person that the integrated economy is fair.

We are living in a time that author Chris Hayes has called "The Twilight of the Elites." In this context, companies that do not stand for something that their employees, customers and local communities can understand and support will suffer from an analogous lack of trust.

All the sustainability reports in the world will not convince a single person that the integrated economy is fair. Many companies have a hard time articulating their approach to this. It is now the bedrock question many are asking, and the organized sustainability community needs to take it head on.

4. The business voice counts — and needs a reboot

We need to fight the voices who would have our societies turn back toward xenophobia and suspicion. Business has a massive interest in open societies, without which open markets cannot thrive. In this environment, business leaders play a crucial role.

That role needs to be reviewed, however, in light of the fact that business spoke out for the "Remain" camp and has challenged exclusionary public policies regarding the LGBT community in the United States, with only limited success. Business needs to rethink why this is so to ensure that its important, forward-looking views are both heard and effective.

We are living in an era defined by global questions of existential importance: climate change; gender equity; access to basic needs. These require global solutions. But we are also living in a time when our perspectives, communications and institutions are fragmenting, making leadership much more challenging.

For leaders focused on sustainable business, it is essential that these core goals be articulated more loudly than ever. But it is equally clear that we need to address the alienation many people feel today, and make clear that a fair economy that works for all is the end goal.

I remain utterly convinced that a just and sustainable world remains the central project of the 21st century. It is indeed possible to create a world in which all people can thrive and live in dignity. Business is central to this. But if we do not adapt to the political challenges of the early 21st century, this vision will slip from our grasp, and we will return to managing conflict rather than aspiring for the big prize of a truly sustainable future. 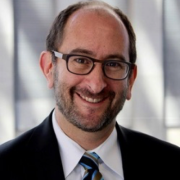