Brown, female and on the bus: A personal journey into transportation policy

I got my first passport at 6 months old. Not to take a luxurious holiday with my jet-setting family, but to move back to a country on the brink of war, right after a democratic revolution that almost immediately turned into a dictatorship. At age 5, after various failed attempts to flee Iran, I boarded a flight from Istanbul to Los Angeles by myself.

Before I started school, transportation already had served to move me both into and out of opportunity in very real ways.

Like many immigrants, my identity is complicated. First, I am not technically an immigrant. I was born in Berkeley, California. I was 6 months old when my family moved back to Iran, and for the first 5 years of my life, I was physically stuck there.

Even after we finally made it back to the U.S., I was raised in such strictly traditional surroundings, we may as well have been in my grandparents’ village in Iran, just without the bombs and threats from the government (at least, not at that point). My family struggled to gain legal status in the U.S., and I was shaped by my personal experiences as well as theirs.

When we first moved to the U.S., we were very poor. We lived in apartments around Sacramento, moving every six months or so as my parents chased elusive opportunities and odd jobs. Both of my parents worked at various burger joints, and my sister and I took the public bus to school, keys tied around our necks, sometimes upwards of 40 minutes each way.

In 1989, Mazda came out with the Miata, originally only available in red, white and blue in the U.S. It was the first time I’d ever cared about a car. Walking by those shiny, tiny cars as I went to sit in the greasy air of the burger shop gave 9-year-old me my first taste of material want, the first-time consumerism infiltrated my psyche as a child.

In school, I fantasized that I could learn skills to woo my classmates; to become clever or artistic or sporty enough that they would no longer question my hair, skin, language or lack of wealth. But here, here was a way for me to buy my way into their world. I was enchanted by the car not as a mode for gaining access or opportunity, but as a means to gain status. And that understanding never left me.

I was enchanted by the car not as a mode for gaining access or opportunity, but as a means to gain status. And that understanding never left me.

By the time I was old enough to drive, my family had moved out of Sacramento and into northern Sonoma County. My parents had moved up the ladder and now owned their own little burger shop, were able to buy their first house, and we’d been living in a middle-class community for some time.

My political psyche also had formed more. I was involved in groups and actions, I already had joined boards and commissions for youth, and I’d organized various petitions and rallies in school.

I’d been given a used bike in my early teens and rode it around the developing landscape of wine country as my only physical escape from my home. I took the school bus to school, and the county bus to the local community college, in the neighboring town, for classes I couldn’t take at our underfunded high school.

Active and shared transportation was my lifeline, and I could not imagine sheltering myself in a private car — even a little Miata, removed from the experience of transportation, despite all the problems such a luxury would have alleviated.

In Iran, taxis and mini-buses charged for space rather than users; and the wealthy paid extra for empty bus seats or "closed door" taxis that did not pick up other strangers. Riding the bus in the U.S. and not smooshing into a stranger still felt luxurious despite the inconveniences and delays, until the harassment began.

In addition to being Middle Eastern in a region made up of mostly white and Latino populations, I was a young female who’d developed early. Before I understood the comments that men hurled at me, I knew the discomfort they caused. On the school bus, young boys grabbed me with no remorse and no consequences (other than the time I punched one of them, finally trying to assert some form of power).

At the city bus stop, on a rural road with no one around, men slowed down and screamed out the window for me to get in as they drove by. This behavior continued through my 20s, in Oakland and San Francisco and much more "urban" and "progressive" places than the small town I spent my adolescence in. I still remember wondering what part of my 22-year-old self, dressed in paint-splattered clothes from nine hours of working with preschoolers, screamed out for that kind of attention.

These were normalized experiences of being female, brown and a non-driver. And yet, I never sought the safe isolation of being in a car. I could not have explained why, until age 29, I refused to get a license.

I had neither the understanding of transportation’s importance or its role in our social fabric to put words to my own stubbornness, until I sank deep into the academic study, personal stories and history of our systems.

When I entered grad school at Mills College in 2009, I finally decided to get a license. I realized I could no longer afford to wait for buses that never came, and I had the luxury of being able to drive, have a vehicle and affording my private transportation system.

Being in an enclosed vehicle alone was a new experience at 29, and the safety and comfort I felt was matched only by my own sense of disconnection from the world. I’ve heard the term "windshield mentality" used for the psychology of driving, and it resonates deeply.

On a train, a bus, a bike or on foot, we are forced to interact with the world in some way. But alone, in a car, separated physically from all others, we can easily sink into an "us vs. everyone" mentality.

Suddenly, the biker or pedestrian is a nuisance, not a person trying to get somewhere just like me. The stop signs and speed limits are just in my way, rather than being protections for the lives of others. No level of learning changes this basic psychology. I still must remind myself every time I drive, I am not in traffic, I am traffic.

To truly have a system that serves the needs of diverse communities, that acknowledges and repairs the harm we have done with past planning and projects, we must have greater representation from the people affected by them.

With this shift in mentality taking shape, I entered a public policy program, aiming to learn about community-based economic development and social equity work. I was going back to school to make a difference, and I had no idea that that path would lead me to transportation.

One of my early projects was a study for the local business improvement district; a parking study. As I walked around the community counting parking spaces by the hour, I dashed across roads with no stoplights, crosswalks and wide lanes incentivizing high speeds, wondering why certain corners were so dark once the sun went down, and taking note of the infrastructure for other modes of transportation such as buses and bikes. I spoke to shop owners and residents, passersby and city officials, and every conversation and observation pushed me to learn more about urban planning.

I think of those conversations often these days, of the person who told me they won’t take the bus in the evenings, because the bus stop is next to an ATM, and there have been too many muggings there. Of the person who explained to me that the land use and transit components are decided separately, so putting a bus stop in front of a café instead, for example, had not been considered.

And of our final presentation to the local Business Improvement District, where we suggested pedestrian, bike and transit improvements to slow down traffic would benefit them, rather than more parking, and the incredulous response we received.

I think of my own transportation stories; of the frustration of taking three buses and riding over an hour to commute to my job that was only eight miles away. Of the kids who were on the last leg of that commute, using the county bus as their school bus every morning, and how happy their interactions made me. Of missing a bus between jobs and the anxiety I felt as I waited 30 minutes for the next option.

In many ways, transportation and land use is the physical manifestation of patriarchy and racism.

From our history of bulldozing minority neighborhoods to build freeways and refusing loans to Black families to our current decision-making structures that exclude those who cannot access language, time, education, transportation, childcare, technology — all but the most resourced participants, we have reinforced systems that benefit white men at the expense of all others for decades.

How do we move forward when we are burdened with so much weight, pulling at us from our past? How do we confront our own history and learn from it, to make programs, policies, investments and structures that serve the needs of communities, especially in a world of constrained time and resources?

Recently, I gave a presentation that showed historic redlining maps lined up with current maps of disadvantaged communities, and I was surprised at the response it garnered. “Wow, they are the same,” someone said incredulously. Our past actions have long-lasting consequences, and we are never starting from scratch. It still boggles my mind how that is a revelation. Of course they are the same.

To truly have a system that serves the needs of diverse communities, that acknowledges and repairs the harm we have done with past planning and projects, we must have greater representation from the people affected by them. Our current systems, which make decisions for people without their involvement, will continue to create inequitable outcomes, however well-intentioned those decisions may be.

Sharing more information, education and stories about transportation and mobility, and enabling collaboration through new models of engagement can help us move past limited community meetings and outreach into engagement and co-creation of goals. By acknowledging the importance of transportation in economic, environmental, educational and health outcomes, those of us in the field can help connect the dots for the next generation of transportation planners, policymakers and engineers, and increase diversity in representation in our field.

Just as my lived experiences influenced my decision to enter transportation, and continue to color my views through every project, the experiences of those different from me, those affected most by the mistakes of our past and present, must be included and valued as we move forward and try to do better. Meaningful representation, moving past tokenism, is critical to shifting the transportation paradigm and addressing our past harms.

Mobility creates economic, social, and environmental opportunity, and that opportunity has been distributed asymmetrically thus far. Transportation is more than technical engineering, it is more than a bus or a train or a bike; it is the potential for movement through the physical world, and the experiences and stories of accessing that movement.

So when someone asks me now why I do this work, I simply tell them: It turns out I’ve been working in transportation my whole life, I just finally made it official.

This article was first published on the author's Medium channel. 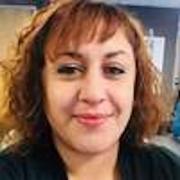 See all by Sahar Shirazi