BSR at 25: What businesses need to succeed

Since 1992, BSR (formerly Business for Social Responsibility) has supported cross-sector collaboration on a range of sustainability issues. The organization has convened more than a score of working groups to solve challenges common to the large companies that comprise BSR’s member base: reducing the impacts of cross-ocean shipping; sharing best practices in sustainability reporting; reducing poverty through strategic sourcing; expanding health and wellness; improving the plight of women in factories; and a dozen other topics.

On the occasion of its 25th anniversary this year, I spoke with Aron Cramer, BSR's president and CEO, and Peder Michael Pruzan-Jorgensen, its senior vice president, to learn some insights the organization has gained about how businesses can drive change across industries and navigate volatility. 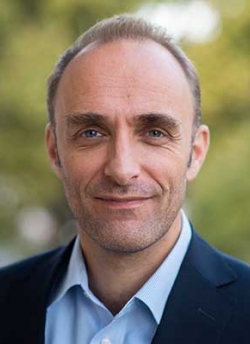 In its early years, BSR's objectives were to raise awareness of corporate social responsibility and help companies link success and positive impact on communities and environment. Back then, "collaboration was more of a novelty," said Pruzan-Jorgensen. "Today, they need a common and compelling purpose that also offers a value proposition to business."

Now that basic awareness of collaboration is mainstream, the challenge is to integrate it into business strategies, operations and corporate governance. Following are Cramer and Pruzan-Jorgensen's key lessons on collaboration, communication and leadership in the business world — and the world at large.

Collaboration starts with having multiple stakeholders around the table — key experts within a vertical industry and multiple executives across industry sectors. Convening around a shared purpose helps pull meaningful progress forward.

In order to see more than incremental progress, it is important to have high ambitions, a clear objective and a shared understanding of what each party is trying to accomplish and its role in getting there. Otherwise, Cramer said, "gravity will pull you down."

Within BSR, the ideation process begins by identifying critical issues that are not yet being addressed by businesses. A working group that includes all leaders within the organization’s areas of expertise — including human rights, women’s empowerment and inclusive economy — meets to find connections between areas of expertise that would yield opportunities where there are currently risks.

"That’s where the most interesting opportunities lie," said Cramer.

From the start, BSR’s working groups ask questions such as, is the group working towards a better understanding of an issue? Does it want to implement a current practice more widely or shift industry practices?

Companies realize it’s only if we work collectively that we can have a real and meaningful long-term impact.

One of the organization’s most successful collaborations, said Pruzan-Jorgensen, was the Maritime Anti-Corruption Network, a group that came together to combat maritime corruption. Since 2012, participation has grown from 18 companies to nearly 90. What drives them to work together, he said, is the desire to collectively influence an environment riddled with bribery and make it a safer, more effective place to work.

This is hard stuff that no company was able to tackle on its own. "They realize it’s only if we work collectively that we can have a real and meaningful long-term impact," he said. The network has contributed to integrity trainings in the public and private sectors, reduced trade barriers by improving port operations and influenced regulations addressing maritime corruption in Nigeria, India, Egypt, Indonesia and other countries.

Even in a successful collaboration, widespread business issues likely won't be completely solved, so sometimes partnerships or ideas will have to be postponed or even set aside.

In an uncertain world, organizations will succeed if they think long-term, and communicating work around sustainability is essential to their evolution.

Don't be afraid to communicate

If one tenet is true of systems transformation, it's that communication about sustainability strategy is not optional, said Cramer — even for risk-averse companies: "People are telling stories about institutions all the time, and if a company isn't talking about what it's doing, then others will define it for them." 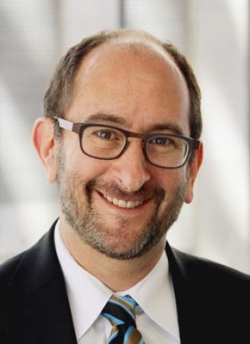 As Cramer defines it, sustainability is at the intersection of business and society, and society wants to know what business is doing and be a part of that discussion. He predicts that expectations for multi-channel communication will continue to grow.

With transparency and accountability continuing to be a strong trend in the global economy, companies must be careful to communicate facts and actions, added Pruzan-Jorgensen. When the world's biggest companies come together to advocate for sustainability, they will be held accountable to performance and standards compliance.

That means traditional reporting also will take on a bigger role. "Reporting standards have evolved; sustainability reporting is finding its way into mainstream requirements and that comes with the rigor that we're used to in that environment," he said, "which in turn makes the reporting a bit more boring but definitely more genuine and robust."

Overall, more communication is better than less, as the companies that made early investments in projects such as toxics reductions or commodity management but didn't communicate it to the consumer lost out on an opportunity to differentiate themselves.

In the face of multiple factors of concern — income inequality, cybersecurity, climate change — resilience is rising up as a company priority. Businesses must be agile enough to keep up with turbulence while holding on to the roadmap of a shared objective.

For example, BSR’s think tanks on women’s empowerment and climate resilience realized that while women in climate-vulnerable areas are often disproportionately affected by environmental stress, they also hold the key to resilience. Once identified, the next step was to develop practices to give women the tools they need to help themselves and their communities.

Cramer said that businesses have a growing stake in helping shape a social contract for the future — and data shows that people want companies to stand up to defend values and principles where government fails.

One recent example is Microsoft's publicly announcing support of the Deferred Action for Childhood Arrivals Act. Employees also have showed themselves as empowered change agents — witness the walkout of 2,000 Google employees in response to President Donald Trump's 2017 immigration ban.

"I think they consider themselves to represent Google every bit as much as Sergey Brin and Larry Page do," said Cramer of the employees. Organizations have an opportunity to use employee engagement as a communication tool when a CEO's time and attention is limited.

This is why it is becoming important to delegate a sustainability officer to navigate the business landscape, emerging business and social risks and opportunities and embed them into the organization. But the role of the CSO needs to change along with the times.

"The role of the chief sustainability officer needs to grow and evolve so that the CSO is a futurist, the CSO is an innovator, the CSO continues to play the role of being a bridge-builder, but also is demonstrating real business value inside a company," he said.

"There needs to be a lot of continuity and long-term thinking," said Cramer. "That is the essence of sustainable business."