Buildings are the next frontier for disruption by Internet of Things technologies. As the world of IoT and artificial intelligence progresses, we will see more convergence and interoperability among systems. The Brick schema helps with both. New technical capabilities and underlying economics are enabling building operators and systems providers to manage buildings more efficiency. Buildings generate a lot of data. With increased sensor penetration and affordable telemetry, vast amounts of data generated by buildings are being harnessed to change experiences and outcomes.

The first challenge when it came to buildings data was collecting the information. Once we conquered that, the next major challenge is managing that building data.

Managing data is problematic for a number of reasons:

Moreover, buildings systems last for a long time — between 15 and 20 years — and if any of these factors change during that working lifetime, the problem for building operators becomes more complicated. Semantic interpretation and harmonization of building data have been a key challenge for a long time. Recently there has been a lot more focus on solving the building metadata issue, driven by increased activity around cyber-physical systems integration.

Several initiatives have aimed to address the standards. Success has been limited due to each standard’s specific focus and overall rapidly changing technology capabilities.

Brick Schema provides a comprehensive, flexible and expressive way to understand and manage building data. It builds on Haystack, one of the earlier efforts in this space. Below is a comparison of Brick and Project Haystack.

Brick is a unified semantic representation of resources in buildings and underlying systems. It is an open-source effort spearheaded by several leading academic institutions such as Carnegie Mellon University, UC Berkeley, University of Southern Denmark and several others. Several industry players are also supporting this effort and implementing in their offering stacks. The open-source community behind Brick is creating a uniform schema for representing metadata in buildings.

Brick allows developers to build applications that can be ported across domains and technologies. In addition to modeling building components using tags, the system can express higher-order abstractions such as classes and their relationships, as required for building applications. The ontology of Brick can be easily expressed and queried for understanding and interacting with building data and relationships. ASHRAE recently has announced the intent to integrate Haystack tagging and Brick data modeling concepts into the proposed ASHRAE Standard 223P for semantic tagging of building data.

Building components and spaces are physically or conceptually connected with one another. Their properties and/or behavior are measured by sensors and actuators that control them.

Building components and spaces are physically or conceptually connected with one another. Their properties and/or behavior are measured by sensors and actuators that control them.

In this example building, we have an Air Handling Unit (AHU) providing air to a Variable Air Volume (VAV) box that controls a thermal zone composed of two rooms. One room has a controlled luminaire for lighting, too. Each entity is instantiated under a class as shown in the right figure. The bottom figure shows an example query on this simple model.

Any smart building needs a way to represent the metadata about entities and relationships. Brick is an exciting vendor-neutral representation of building metadata, which serves as a strong foundation for applications to use, store and retrieve built environment data, and to integrate with other applications. 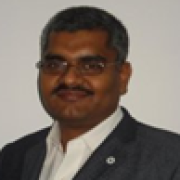 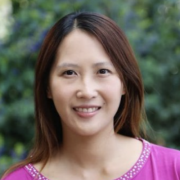 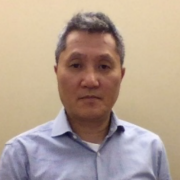 How to detect sensor glitches and improve building performance

See all by Sudhi Sinha