Building bridges across the digital power and information divides

The COVID-19 pandemic offers the opportunity to build a positive, equitable future by bridging the digital divide.

Improving global connectivity by digitizing and democratizing the information cloud and power grid (bits and watts) will intensify environmental, social and governance (ESG) investing and increase gross domestic product across all industries.

Like developing nations, rural communities across the United States are woefully underserved by broadband providers. A February report by Broadband Now showed that 42 million Americans lack high-speed internet access. Globally, only half the population has access to the internet, according to the World Economic Forum. A lack of internet connectivity means fewer education opportunities, fewer job opportunities, less access to healthcare and less government transparency and accountability.

To flatten the COVID-19 infection curve, most Americans have changed their lifestyles by working from home. However, because of our digital divide, pandemic-related lifestyle changes disproportionately affected rural and urban poor Americans, especially with regard to digital business and education opportunities.

Increasing access to both information and power is a Green Swan.

As a result of the COVID-19 shutdown, we’ve witnessed the largest drop in consumer spending on energy in history. Demand for petroleum collapsed, accelerating the closure of older fossil-fueled plants and refineries. For the first time, renewables eclipsed coal for energy generation, according to the New York Times.

Increasing access to both information and power is a Green Swan. In his book of the same name, John Elkington defines a Green Swan as a "systemic solution to global challenges, solutions that tap into positive exponentials." Green Swans are the counterpart to Nassim Nicholas Taleb’s "Black Swans," unpredictable events driven by negative exponentials that leave the world fundamentally changed.

A digitized grid for a renewable singularity

The information cloud and power grid both transport electrons from one place to another. Infrastructure investments in this bits-and-watts backbone can bridge the dual digital divide while enabling grid reliability, resilience, security and affordability, according to Arun Majumdar, a Stanford University professor, who co-directs the Bits & Watts Initiative. Those investments also will give us a multi-decade, multi-trillion-dollar lift in GDP.

The federal government has offered little support for upgrading the information and power infrastructures. Instead, the post-COVID19 recovery approach has been to secure U.S. oil and gas industry jobs "long into the future" while decreasing the Department of Energy research funding. The federal approach ignores the climate crisis, driven by the burning of coal, oil and natural gas. It seemingly disregards the fact that solar, wind and battery storage are the cheapest energy options.

Recently, the Senate Commerce Committee held a hearing titled "State of Broadband Amid the COVID Pandemic." Politicians and broadband industry representatives were in consensus that more federal funding is needed to close the digital divide. In 2017, the Federal Communications Commission estimated the cost to serve 90 percent of U.S. households with broadband at $80 billion.

That year, it was estimated that replacing the old, dirty, creaky U.S. electrical grid would cost $5 trillion. More recently, researchers at the University of California, Berkeley and the policy firm Energy Innovation said that plummeting solar and wind energy costs have opened the door for U.S. power to be derived almost entirely from zero-carbon sources by 2035. To pay for it, investors and developers would need to invest $1.7 trillion over 15 years.

While those numbers are daunting, Elkington suggests that meeting four of the United Nations' Sustainable Development Goals (in food and agriculture, cities, energy and materials, and health and well-being) could create $12 trillion a year in market opportunities.

In a recent editorial, Michael Bloomberg pointed out that public investments in modern infrastructure can speed economic recovery and spur sustained long-term growth. He pointed to New York City’s success in coming out of the last global economic downturn faster and stronger than anywhere else. Bloomberg said that success was the result of expanded mass transit, incentives for companies to upgrade their energy systems and investments in innovative industries and research.

The COVID-19 pandemic has reinforced the importance of internet connectivity for business and education. Were the internet to go down, the ability to get things done would all but disappear.

Research has shown that improving internet access can help boost incomes, lower unemployment and create jobs. When fast, reliable internet is inexpensive, the possibilities for remote education and small business and commerce increase dramatically. Last year, the Internet Association, a group representing Amazon, Facebook, Alphabet, Twitter and Uber, revealed the internet is the fourth-largest sector of the U.S. economy, accounting for some $2.1 trillion of the U.S. economy — about 10 percent of GDP. Clearly, the U.S. internet industry is a success story that has created jobs in every sector of the economy.

The digitized grid will offer free electrons that make the mass electrification of heavy industries possible in ways that never were contemplated.

For the Internet to reach all Americans, we need to invest in improving the grid. The digitized grid will accelerate the adoption of enabling technologies such as artificial intelligence, internet of things (IoT) applications, and robotics, according to a recent Guidehouse Energy 4.0 report.

The digitized grid will offer free electrons that make the mass electrification of heavy industries possible in ways that never were contemplated. Free electrons will increase access to clean water and change the way agriculture is practiced.

Free electrons will accelerate the electrification of mobility — from autonomous cars in big cities to trucks carrying essential supplies on our interstate highways. Free electrons will accelerate AI-assisted synthetic biology — an industry predicted by a recent McKinsey report to have a $4 trillion impact over the next 10 years. Synthetic biology companies are producing chemicals, fuels, materials, medicines and foods. Their resulting products are superior purity and performance-wise.

The COVID-19 pandemic has exposed the twin information and power digital divides and forces us to decide what sort of future we want to have.

We can bridge the digital divide and spur innovation across industries or can try to go back to the "normal" of exploiting nature and destroying the planet.

While the Trump administration has proposed budgets that decrease funding for clean energy research, the House of Representatives has put forth legislative efforts to support climate change-combatting innovation. One proposal continues the practice of propping up legacy industries. The other seeks to seed strategic investments in future economic stability.

Entrepreneurs have shown us that bridging the digital divide is good business. It is good for the economy and good for people. Until recently, jobs in clean energy were the fastest-growing jobs of any industry in the U.S., and employment in the clean energy industry had grown 70 percent faster than the economy overall.

People coming out of the pandemic are demanding sweeping changes. We have the opportunity to build an economy that is stronger and more resilient for the long term. We can ensure that citizens have access to power and information.

Bridging the digital divide is just one Green Swan we can incubate. Let’s take advantage of them to create a better future. 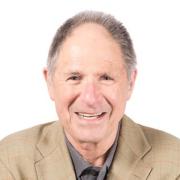 How sustainable investing and business models will lift global GNP

See all by Tom Baruch