Building Bridges Between Business and NGOs

For many years, if you were an environmentalist you either worked in the environmental movement or you worked for government, but chances were good you didn't work in corporate America. Most likely you'd be hidden from the world of business or you'd be considered an enemy of business.

In the last few years there has been more and more movement across these silos – for example, investment bankers working with the National Resources Defense Council (NRDC) and a former Sierra Club executive working with Wal-Mart. This article is about one woman's journey from being an environmental activist to becoming Hewlett Packard's Director of Environmental Sustainability. It's quite a trip. And hopefully there are ideas in this story that will help you find your way to your green job, and perhaps in areas that just yesterday might have seemed unattainable or unthinkable.

Bonnie Nixon became an activist early on. She was at Penn State University in 1979 when there was a partial core meltdown of a pressurized water reactor at nearby Three Mile Island. The activism surrounding this event affected the nuclear industry for decades and Nixon learned valuable lessons about the power of communications and getting involved. It was a serious moment and she found herself asking, "What are we doing? Is nuclear power safe? What about the waste?"

From that moment on, she was committed to the environmental movement. Her career path took her to Boston where she hooked up with a lobbyist working on such issues as water and wastewater treatment. From there she moved on to run the PR operation for the state-run Boston Harbor Cleanup Project.

She learned about setting up a state agency from scratch. The state was under an injunction to clean up the harbor by a certain date or they would pay fines of $700,000 a day. Because they were building the agency from the ground up, Nixon had to develop the appropriate tools, systems and processes to make it happen. "My number one goal was to make myself dispensable."

After about six years in Boston, she moved to a small San Francisco PR firm, which she helped grow into a much larger firm (now known as CirclePoint). Nixon honed her environmental planning, communications, and community outreach skills working on every kind of project imaginable from transportation and deregulation of the utilities to land use and environmental mitigation.

Her personal likes informed her work with people of different cultures and communities -- from Indian tribes to an über activist population like the one in San Francisco. She was "always involved with the public sector for the public good"

Her focus stayed on people and often her role was one of mediation –- "ensuring people heard each other," as she puts it.

Nixon realized that she had melded her professional skills in communications and public affairs with her interests in sociology and the law and that she had also brought her personal interests in travel and immersion in different cultures to bear on her work. She was building her life and her work around her own interests and beliefs as well as developing a universally valuable business skill set.

So, how does Bonnie Nixon end up as a corporate executive at one of our largest public corporations?

Eleven years ago she met Corey Billington, a leader and innovator in supply chain management and procurement, who at the time worked at HP, and who is now a professor at the Swiss International Institute for Management Development. Billington asked her to do some strategic planning with his internal think tank. The areas he was interested in were conflict resolution, mediation and negotiation.

In those days the silos were still distinct and she was reluctant. "No," she told him. "I'm not a computer person. I only work face to face." In those days, the NGOs barely had computers at all. Initially, she didn't think it would work, but Billington was persuasive, and four months later she began consulting with HP.

"My frame of mind," said Billington, "was that we had to get started. The economics of green at the time didn't allow for much money but I felt if we used our budget well we would make progress. With an efficient enough process and an energetic leader, I felt we could mobilize HP's 'hidden army' of people who cared. Our beginning budget for CSR was Bonnie's salary, travel, some admin and 5 days of my time. Not much, but it allowed us to get started."

As HP began the process of integrating their corporate standards with outsourcing companies and cultures across the globe, all Nixon's community, environmental, and social justice experience became invaluable. Her skills in one culture proved extremely valuable in another.

Nixon has worked with HP for the past decade, became an employee five years ago, and was promoted to Director of Environmental Sustainability last October. What she realized was that her skills and the kinds of people she had been dealing with all those years were similar. She often worked with scientists who had their own ways of communicating; she often worked with people of different cultures and different perspectives and her job was to help them all find common ground and communicate effectively. She still works with many of the same organizations, such as the World Wildlife Fund, as she did years ago. The silos, while not gone, are now more permeable.

"In my opinion," said Billington, "we all need to work across silos in a company and across companies. Hires like Bonnie allowed HP to connect with other networks like NGOs."

And this increasing cross-pollination might be very good for you, too. 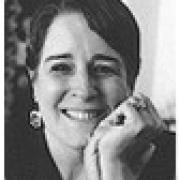 A Green-Jobs Move from Pure Capitalism to Natural Capitalism

Cracking the Mystery of Green Jobs

See all by Paula Hendricks