The Intergovernmental Panel on Climate Change (IPCC) is clear: In order to avoid the worst impacts of climate change, the world must dramatically reduce its carbon emissions and prevent global warming from exceeding 1.5 degrees Celsius. To achieve this, we must halve carbon emissions by 2030 and aim to fully decarbonize ("deep decarbonization") by 2050.

There’s new policy momentum around this pressing task, with ambitious proposals from presidential candidate Joe Biden, congressional Democrats and others recommending a suite of policies across all sectors of the economy. In order to achieve the necessary emissions cuts in the stubborn buildings sector, a broad swath of research concludes the same thing: The lowest-cost pathway to eliminate direct emissions from commercial and residential buildings is to electrify.

Direct building emissions are the result of gas, propane and oil burned onsite — primarily for space and water heating, but also for cooking food. Two pathways could eliminate these emissions: switching from fossil fuels to clean electricity (electrification) or substituting "renewable natural gas" (RNG) for today’s fossil gas. But as the analyses below show, the RNG pathway is simply not cost-effective or feasible for decarbonizing the buildings sector.

The least-cost and most flexible path is to electrify buildings.

Deep decarbonization studies that have compared an RNG-dominant path for buildings to an electrification path frequently have come to the same conclusion: The least-cost and most flexible path is to electrify buildings.

Here are four key reasons why:

Not enough RNG even under optimistic projections

Relying on RNG as a gas substitute would be very expensive, with limited supply even under the most optimistic projections.

Even under an optimistic scenario projected by the American Gas Foundation and ICF International, potential RNG supply would meet only 12 percent of current U.S. gas demand by 2040, as shown in the figure below. Even then, this would come with high costs of $7-20 per MMBtu for RNG, compared with $2-4 for fossil gas today. Natural Resources Defense Council’s assessment of the ecologically sound supply is about half the AGF’s estimate, just 3 to 7 percent of current U.S. gas demand.

Energy and Environmental Economics (E3) assessed the potential for RNG to meet California’s demand for gas in buildings and concluded large amounts of synthetic gas technically could be produced, but only at very high costs, ranging from $40 to over $80 per MMBtu, compared to a forecast fossil gas price of $5 per MMBtu. The full supply curve from this analysis is shown in the figure below.

It’s clear from these studies that RNG would be hard-pressed to supplying anywhere near the scale of current gas use at a reasonable cost.

Due to cost and limited supply, RNG is best used in hardest-to-decarbonize sectors

Because RNG supplies are limited and expensive, they are best prioritized for sectors hardest to decarbonize. For instance, modeling results for New Jersey from RMI and Evolved Energy Research prioritized RNG for the power sector, to provide clean firm electricity during extended periods with little or no wind or solar generation. Other studies have recommended prioritizing industry or long-distance transportation for limited RNG supplies.

Building electrification is the most cost-effective way to decarbonize buildings

A wide variety of studies evaluating pathways for achieving a 1.5 degrees Celsius climate-aligned future across geographies have concluded that the least-cost solution for the buildings sector is to electrify residential and commercial buildings.

For example, in New Jersey’s Energy Master Plan, released in early 2020, RMI and Evolved Energy modeled a number of pathways to achieve the state’s 80 percent decarbonization target by 2050. The "keep gas in buildings" decarbonization scenario cost more than the high electrification scenario. And if New Jersey were seeking to achieve 1.5 degrees Celsius alignment (net-zero emissions by 2050), this cost would be even higher.

Relying on RNG as a gas substitute would be very expensive, with limited supply even under the most optimistic projections.

More studies elsewhere in the country have reached similar conclusions. The "electrify buildings" pathway is consistently the lowest-cost societal pathway compared to alternatives for reducing emissions in the buildings sector in Evolved Energy’s studies for both the Midwestern United States and the United States at large.

It is important to recognize that building electrification is already cost-effective against low-cost gas in many climates and situations. For example, RMI analysis shows that a new single-family home in Oakland, California with electric space and water heating saves customers over $2,000 in net present cost compared to heating with gas.

In addition to the relatively high cost of RNG compared to electric alternatives, the favorable economics of electrification come in part from the fact that modern heat pumps, which would replace gas furnaces, water heaters and air conditioners in an all-electric building, are extremely efficient. Heat pumps are two to four times as efficient as a gas furnace, even in the coldest climates. This technology has come a long way from traditional electric heating and offers efficiency that fossil fuels cannot match.

While continuing to decarbonize the electricity sector should continue in parallel, we must begin to electrify buildings immediately. RMI’s recent analysis showed that in 2020, replacing a gas furnace with a heat pump will reduce carbon emissions in 46 of 48 states (99 percent of U.S. households). And when compared to fuel oil, heat pumps are always cleaner. As the U.S. electricity system relies more on renewable energy such as solar and wind, this advantage will only grow.

Building sector emissions have remained stubbornly flat for years in the United States and policymakers will have to swiftly address the climate impact of new and existing buildings in order to preserve a safe climate feature. As the wide swath of research cited above shows, building electrification is a critical lever in any serious climate action plan at the federal or local level.

The IPCC tells us we have only a decade to halve our carbon emissions, and electric heat pumps and appliances confer climate benefits over their lifetime when installed today. The time to act is now. 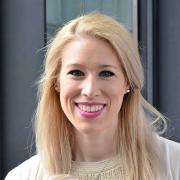 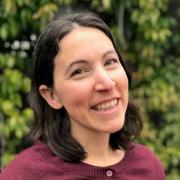 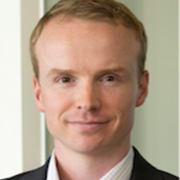 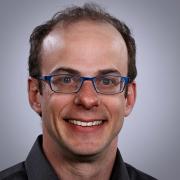 Can electric pickup trucks save the grid in Texas?