The balance of power is swinging in Congress and many statehouses. Enthusiasm for climate and energy policy is fading and elected officials are promising massive spending cuts. What does this mean for building energy policy? Let’s take a look.

First, to state the obvious, climate legislation appears dead. Sen. Jeff Bingaman, the chairman of the Senate Energy and Natural Resources Committee, said in September that all climate bills are likely off the table until 2012 or later. Bingaman is still pushing his energy bill, which reported out of his committee last year and includes energy retrofit funding for commercial and multifamily property, and recently introduced a tax incentive bill (pdf) that increases the Energy Efficient Commercial Building Tax Deduction to $3 per square foot.

Energy bills aren’t likely to move in the lame duck session before December, but Congress has options in the next session if it wants to go big on building energy. There’s Sen. Harry Reid’s bill (pdf), which includes oil drilling reforms and the Home Star program; Building Star, the $6 billion commercial retrofit incentives package; and the Recovery Through Building Renovation Act, a commercial retrofit financing bill introduced in September. Still, any of those bills would be a heavy lift for legislators.

At the state level, few bills are moving if they have virtually any price tag, which makes a lot of new incentives unlikely. Recovery Act funding is buoying many local energy programs, but that will begin a steep decline as funds expire over the next few years. PACE is tied up by underwriting and repayment concerns from federal loan agencies, and local money for PACE projects is being reallocated.

So where is the action? One area is commercial benchmarking and disclosure policy. By leveraging greater energy transparency to encourage more information and choice in markets, these proposals have in the past secured bipartisan support. They also tend to have low fiscal notes, a big plus. Policies exist in states and cities including California, New York City and Washington, DC, and are pending in at least a half-dozen other jurisdictions.

There will be a major push over the next few years in states for better code adoption and enforcement, especially now that a 30 percent improvement in the 2012 IECC model code is final. States also have new code compliance requirements tied to Recovery Act funding. According to IMT research, every dollar spent on energy code compliance yields $6 in energy savings for consumers (pdf), and energy code compliance-related activities can create more than 20,000 jobs every year.

There is a lot of work going into programs to incentive owners and tenants to make energy-efficient upgrades to leased space at the time of build-out. Some, like the New Buildings Institute’s Office of the Future program, are already far along. Policy models for these types of concepts could appear soon.

In the meantime, look for cities and states to follow New York City’s lead on comprehensive existing commercial building policy. The mayor’s Greener, Greater Buildings Plan requires benchmarking, periodic audits and retro commissioning, and gradual lighting improvements and tenant sub metering. All of those are scalable to other jurisdictions, and New York City officials are predicting these measures will create more than 10,000 jobs in the building and construction sectors, and save consumers $700 million each year in energy costs.

Lastly, a requirement on federal agencies to lease space only in Energy Star-labeled buildings is set to take effect in December. It has plenty of exemptions, but don’t underestimate the private-sector reach of this provision if agencies such as GSA take it seriously.

Andrew Burr’s post was provided to GreenBiz.com by Jones Lang LaSalle, which published a shorter version on its Green Blog. 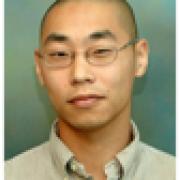 Why New Federal Leasing Rules are Good for Green Business

See all by Andrew Burr