This is the third in Sue Lebeck's four-part series, "Previewing the possible for smart cities." The first story addressed energy, tech and water; the second, transportation and the built environment.

Standards relevant to the smart cities of the future are emerging — through new paradigms, city-centric networks, alliances and consortia and certification bodies. The best practices that arise from these efforts will provide or inform the standardization which will lead us to 21st century "new normal" for cities.

This brief compilation of emerging standards and practices reveals the opportunities for innovation and the potential for 21st century transformation.

The C40 Cities Climate Leadership Group assesses in its report, Climate Action in MegaCities, “that cities have the power, the expertise, the political will and the resourcefulness to continue to take meaningful climate action.”

To that end the C40, in collaboration with the Clinton Climate Initiative and the USGBC developed the Climate Positive Framework “to create large-scale models for urban development that reduce greenhouse gas emissions below zero in an economically viable manner.” The framework “provides a performance-based goal and aims to generate a range of solutions that can be adopted by Development Partners around the world working toward that goal.”

Because “more than two thirds of the world's largest cities are coastal delta cities vulnerable to rising sea levels as a result of climate change,” the C40 has also created Connecting Delta Cities to “share best practices that can support cities in developing their adaptation strategies.”

The global cities network ICLEI has created a Local Government Climate Roadmap, an advocacy process for local governments fashioned after the United Nations Climate Change Conference Climate Roadmap for nations, for “determining a global action plan… on climate change for the period after 2012.” It will include “a financial framework through which local governments can fund ambitious climate actions.”

While cities have long taken leadership, climate change is finally becoming part of the  national conversation, as the Environmental Protection Agency's upcoming emissions rules for power plants exemplify. Changes like these will help cities succeed with their carbon-neutral goals.

The ISO 14064 series of GHG quantification, reporting and verification standards are internationally recognized tools assisting organizations in their quest to become carbon neutral. The World Resource Institute’s GhG Protocol for corporate emissions accounting is designed for use also by the public sector.

Looking further ahead, an opportunity dubbed the Feedstock Shift would re-purpose unburnable< carbon-based assets away from fuel purposes and toward higher-value materials purposes. Such a shift could improve the economics of moving away from the unsustainable standard practice of burning fossil fuels, and enhance the long-term value of oil and gas investment.

Resiliency is a hot topic for cities. Nine partners joined at the recent World Urban Forum to form an initiative which “aims to build urban resilience to disasters and to strengthen the social, economic and environmental fabric of the world’s urban spaces.”

Among them is ICLEI, which has its own Resilient City Agenda,  including a climate adaptation planning tool and a resilient urban food system network; C40, whose work with the Global Cities Cool Alliance helps mitigate the urban heat-island effect through reflective buildings and pavements; and the Rockefeller Center, which recently formed a 100 Resilient Cities network. Watch these spaces for emerging standards in urban resiliency.

Microgrids can be expected to become part of the "new normal" for resiliency planning.

“Smart cities aren't smart if their critical infrastructure relies on fragile transmission or distribution grids," writes consultant and author Christine Hertzog. "In local and regional disaster response/recovery planning exercises… infrastructure such as police, fire and medical facilities, as well as centers for refuge, are retrofitted whenever possible with microgrid solutions for energy security."

Communication networks need resiliency too. “FirstNet is a public-sector effort… to build an interoperable, nationwide, broadband communications network for public safety workers and first responders,” reports Jesse Berst, Smart Grid News founder. “It must function during crisis situations when ‘standard’ communications are bogged down by ordinary citizens connecting with friends and family.“

Energy and communication are, of course, linked. “FirstNet… is now deciding who will be eligible [first responders]. Many people — me included – think utilities should be near the top of the list,” asserts Berst. 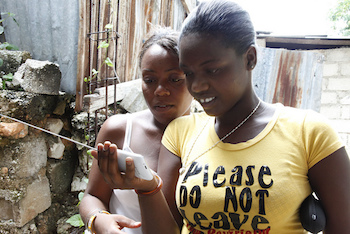 Some observers have pointed out that cities can deliver service to their communities better by leveraging familiar enterprise models. Microsoft sees the future of service-delivery and engagement with citizens facilitated through the now widespread Customer Relationship Management (CRM) model.

Serving citizens in a bottom-up fashion to create more livable, resilient and sustainable cities is the Cool City Challenge (full disclosure: I am part of this team.) This initiative seeks to apply and scale proven engagement programs, aided by a software infrastructure designed to drive block-level action and co-create best household and neighborhood practices.

Multi-generational approaches such as this — and in particular&nbspgetting youth involved — has the potential to strengthen social connections on the ground as part of a new normal for cities, especially in the increasingly youthful and mobile-technology-enabled cities in the developing world.

Meanwhile, Cisco and StreetLine have collaborated to add camera-based capability to the parking lot setting, enhancing parking decision support and, potentially, safety. ”One of the key design principles of the [parking] video solution is that it detects the presence of a car, but it does not capture identifying information such as license plate information or whose car it is… As the Internet of Things gains traction, the topic of privacy is an important one,” explains Kelly Schwager, Chief Marketing Officer of Streetline, Inc.

Smart technologies, from Google Glass apps to GPS-enabled shoes and tracking “bullets”, can facilitate police work, while interactive telepresence kiosks can allow citizens to connect with a judge from their own neighborhoods. As these technology applications progress, new normals may emerge in the realm of community justice.

Advancing a potential new normal for smart personal healthcare “through open architecture and open community” is the nonprofit Open mHealth. “[We are] breaking down the barriers to sharing data across mobile health so patients can get a seamless view of their own health," explains co-founder Dr. Ida Sim, a professor of medicine at UCSF.

Finally, ICLEI’s agendas for cities include building capacity for healthy and happy communities. The initiative seeks to provide tools for alcohol-harm minimization, security, a health and happiness index and more.

We have a long way to go before emerging practices and standards graduate to become the "new normal" or "business as usual" for cities. But developments such as these will lift cities to become a 21st-century platform and the starting place for an exciting next wave of innovation.

Next up: materials and food, economic development and city business indicators.