In Chapter 6 of his 1992 novel "Ishmael," Daniel Quinn compared our modern-day civilization to early aeronauts working to unlock the secrets of flight. Proceeding by trial-and-error, these inventors built contraptions that tested the laws of aerodynamics they sought to discover. Some aircraft performed better than others, but until the Wright brothers’ success in 1903, none truly flew.

Quinn’s comparison was specifically to the more optimistic of those early aeronauts, who might have thought they had built a flying machine, but who had really only built a falling machine. He imagined such an inventor launching off a high cliff and falling through the clouds, fooled into believing he was in flight. Congratulating himself and reveling in blissful ignorance, the inventor is completely unaware that the craft is aerodynamically incapable of flying.

Being so high in the sky, though, he could not yet see the ground rising to meet him. In Quinn’s eyes, humanity similarly had fooled itself into believing our civilization was in flight, having mastered what it would take to thrive for generations upon generations. In reality, our civilization is in freefall unless it can learn to obey the laws of nature.

As humanity has grappled with the COVID-19 pandemic the past several weeks, I’ve been reflecting on Quinn’s analogy, but with the word "economy" substituted for "civilization." For decades, the developed world has congratulated itself for creating the best economic system in human history, calling it at various times capitalism or neoliberal economics or the free market. As justification for our success, we’ve pointed to our rapidly expanding technological capabilities and the most dramatic improvement in quality of life our species has seen.

Although it’s true that we’ve experienced these benefits, such proof is as valid as the wind in our aeronaut’s face as he celebrates accomplishing the miracle of "flight." Are we flying, or in reality is our economy in a controlled fall? Queried another way, is our economy built for the long term? Is it sustainable?

For decades, the developed world has congratulated itself for creating the best economic system in human history. But is it sustainable?

Those are questions that I explored in my book "Mid-Course Correction Revisited," published last year as an expanded edition of the late Ray C. Anderson’s 1998 "Mid-Course Correction." Ours is an economy that has seen all of its progress come at the expense of a degraded environment. Eventually, our over-extraction of natural resources and our impairment of natural systems will reach a limit. Setting aside the implications for our ability to live on the Earth, what are the implications of reaching those limits for our economy? What are the odds we can unlock the secrets of a sustainable economy before we collapse the biosphere?

So, which will it be: a positive or negative equilibrium for our economy?

It’s an evolutionary question. The economy we have today evolved from previous economic systems, and what comes next will be a continuance of that evolutionary arc. As with evolution in all of its forms, change manifests in how the system responds to various stimuli.

In my book, I explore in detail two large macroeconomic stimuli on the horizon for the remainder of the 21st century: resource scarcity and global warming. I nod to others, including the flattening of our population growth curve, the rise of artificial intelligence and machine learning, and continued breakthroughs in automation technologies. I could have, perhaps should have, included global pandemics on my list.

To be clear, I first and foremost see the COVID-19 pandemic as a human health issue, and I grieve for the human lives it has claimed and will claim. That said, it’s also a dramatic economic stimulus — a shock to the system. COVID-19 is revealing just how brittle our global economy is. Under ideal circumstances, it generates massive amounts of wealth — albeit inequitably and at the expense of the environment.

When conditions turn less than ideal, as in the case of this pandemic, or when multinational banks make excessively risky bets on the real estate market, it stumbles. When it stumbles, billions of people suffer in one form or another. That’s quite a significant flaw for the best economic system in human history. It makes me wonder if maybe, just maybe, we could do better.

Humanity will see its way through this pandemic. What emerges on the other side won’t be the same as where we started though. Our post-pandemic economy could help reverse income and wealth inequalities, or it could further exacerbate them. It could more properly value the ecosystem services that nature has provided us for free, or it could ignore them even more than it traditionally has. It could become more resilient in the face of future shocks and stresses, or it could double down on its brittle, flawed structure.

Extending the flying analogy just a bit, a rational, self-interested aeronaut who has come to this new realization would neither panic nor retreat to the ignorant belief of flight. She or he would start tinkering and redesigning the craft, imagining what might work better. Reasonable minds can even disagree on what modifications would be best while still agreeing that the economy is falling instead of flying.

From my vantage point, here is what I believe our economy needs to fly.

In the short term, it is imperative to lean into the shift from shareholder capitalism to multi-stakeholder capitalism. COVID-19 has highlighted that need, with many companies realizing how much of an obligation they owe to their employees and communities in this crisis. Those obligations will remain even when the pandemic passes, as will their obligations to the environment. Businesses cannot ignore them to satisfy the thirst of shareholders.

Also in the short term, companies need to respond to global warming and optimize for carbon throughout their supply chains. Our future economy will be a low-carbon one by necessity, so proactive measures to pursue carbon-sequestering business models, not just carbon-neutral ones, will be critical. A price on carbon will accelerate this carbon optimization, but so will a wholehearted embrace of the circular economy by business at large. As shown by the Ellen MacArthur Foundation, perfecting the circular economy can deliver 45 percent of the emission reductions we need to achieve our climate goals.

Adding these features to our craft will help it to at least glide a bit better, but to really fly I think we need to strip something away — our economy’s relentless quest for growth. I fear that it may be impossible to have endless economic growth on a finite planet, and if it is, making that the sole measure of success for the economy is suicidal in the long term.

We should redesign our economy to function more like an ecosystem. In nature, ecosystems experience periods of growth and contraction, but they thrive all along. As systems they are growth-agnostic, with safeguards built in to curb growth when it would become harmful to the viability of the overall habitat.

Growth is a feature of ecosystems rather than the goal, and without such a redesign for our economy, I fear that flight will prove impossible. Fortunately, others innovators already have seen this structural flaw in our economy and begun imagining alternatives, with Kate Raworth’s doughnut economics model as my particular favorite.

We still have time, though it is short, to make the necessary structural changes. If we do, our economy can begin to truly fly. 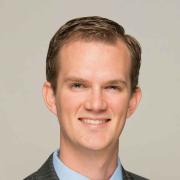