Luxury brand Burberry has revealed ambitions to become one of the greenest fashion companies in the world, announcing new climate targets that will see its net emissions almost eliminated in just three years.

The company is promising to cut its direct emissions by 95 percent by 2022, against a 2016 baseline. The goals have been independently assessed by the Science-Based Targets Initiative (SBTI) as being in line with a 1.5-degree Celsius trajectory of global warming, Burberry said.

The news means Burberry joins a small handful of corporates — including BT and Tesco — to have set such an ambitious decarbonization goal.

As part of its SBT, Burberry also today pledged to reduce Scope 3 emissions by 30 percent by 2030, the first time it has set a carbon-cutting goal for its supply chain. The target includes the impact from the sourcing of raw materials and manufacturing of finished goods.

Burberry joins a small handful of corporates — including BT and Tesco — to have set such an ambitious decarbonization goal.

"For the first time, we are setting targets for greenhouse gas emissions that apply to our extended supply chain, which is a significant addition to our already ambitious target of becoming carbon neutral in our own operational energy use by 2022," she said. "Changing the system requires collaboration, and we will be working closely with our supply chain partners to take the action needed to stay on track and achieve our goals." 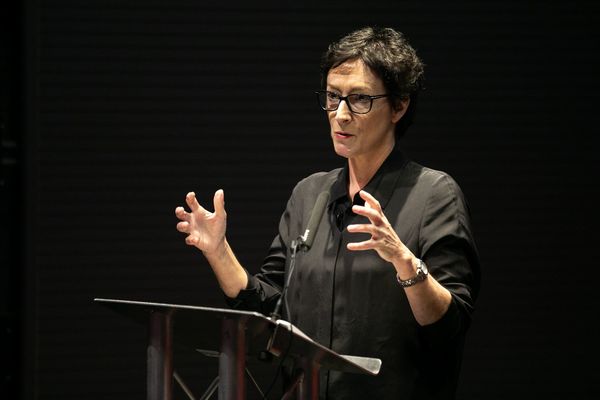 Burberry is already carbon neutral across the Americas region, EMEIA retail stores, and its U.K. operations. It procures 68 percent of its electricity from renewable sources, and as a member of RE100 has promised to raise that figure to 100 percent by 2022.

However, despite its efforts to establish a reputation as a climate leader, the luxury fashion firm has endured its fair share of controversy. Last summer it was revealed the label destroyed unsold clothes, accessories and perfume worth almost $38 million in 2017 to protect its reputation, prompting fierce criticism from environmental campaigners. It has since vowed to stop the practice and ramp up its reuse and recycling efforts.

As one of the most polluting industries on the planet, the fashion industry is under increased public and political pressure to clean up its act. The United Nations is hoping to spark change with its Fashion Industry Charter, while U.K. MPs are demanding action from the government to crack down on wasteful operations in the "fast fashion" sector.

Their calls suffered a setback this month however, after the government refused to implement any proposals set out by the Environmental Audit Committee, which spent months investigating the issue.

"The fashion industry's environmental impact is significant and growing," said Cynthia Cummis, director of private sector climate mitigation at World Resources Institute, one of the SBTI partners."Burberry's ambitious science-based target demonstrates the leadership and innovation needed to succeed in a zero-carbon world. To prevent catastrophic climate change, it's important that all major apparel and footwear brands set science-based targets and pursue comprehensive strategies to decarbonize their businesses."