The business case for 'Holistic Management'

Allan Savory — Zimbabwean ecologist, farmer, soldier, exile, environmentalist, international consultant and president and co-founder of the Savory Institute — has a world-saving message: The answer is in the soil. In the 1960s, Savory originated the concept of "Holistic Management," which has been popularized by several articles and a TED Talk that has been viewed nearly 4 million times.

Holistic Management is a trademarked framework, most commonly applied to grassland management, that when properly practiced has the potential to regenerate damaged land. It focuses on mimicking the evolutionary grazing patterns of cattle to regenerate soils and restore grasslands. This technique has proved effective in hundreds of areas across the globe, one of the most popular being via Operation HOPE, winner of the 2010 Buckminster Fuller Challenge.

In December, Bard MBA student Alexander Lykins sat down with Savory to discuss Holistic Management, how it can be applied to business and how young entrepreneurs can become involved.

Alexander Lykins: For some of our listeners, Holistic Management may be a new concept. Could you please give a brief overview?

Allan Savory: It’s an easy way, really, for anyone to manage their business or any management situation more successfully. Management, in any situation, always involves a web of social, environmental and economic complexity. Even managing feeding your family or living in a city involves complexity.

All management actions also need a reason and a context. If you think about that, you’ll realize that the reason is that you want to meet a need or a desire. In the case of policies, the context always has to do with the problem. There’s no other reason why governments develop a policy — it doesn’t matter if the policy is on drugs, terrorism or anything else. Whatever it is, the context is the problem.

When we do that, we take this great web of complexity that we cannot avoid and reduce it to a simple context for our actions. That’s reductionist management. All of us do it — we always have, in all cultures. Unfortunately, reductionist management commonly leads to achieving our actions but also later experiencing unintended consequences. And that’s where we are today.

Young entrepreneurs can use the holistic framework in business by becoming involved.

Now, we had to develop something else. Holistic Management is a framework. It works by first determining what the situation is — with managing a household or a farm, a national park, a government — and then getting the people who make the management decisions together. They develop one overarching, holistic context that guides all management actions from then on.

The holistic framework guides our management actions as we go about meeting our needs and desires, or dealing with problems. The really new idea in this is this holistic context. It expresses how we want our lives to be, based on what we value most in life. Then we tie that to the behavior that is central to live that life, and we tie it to our life-supporting environment. When we use this framework, it works amazingly well, and it avoids experiencing unintended consequences to our actions.

Tragically, American business is not grasping or recognizing that fundamental scientific truth. It does begin to come out, though, the moment a business begins to manage holistically, because you have to have that holistic context tying your actions to your life-supporting environment.

As a consequence of today’s mainstream business, agriculture is the most extractive and destructive industry in the history of mankind. That’s really not going to change until the public is better informed and begins to insist that management be holistic and no longer reductionist.

So, the next generation of young entrepreneurs can use the holistic framework in business by becoming involved. If they remain passive or apathetic, then really, that amounts to taking sides and not being neutral. If you’re passive or apathetic, you are automatically supporting current reductionist policy and mainstream corporate agriculture.

Lykins: One of the most at risk locations for desertification is the Sahel region that runs through North Africa. Many people who own cattle in the region are nomadic pastoralists. Can Holistic Management be taught in a culturally relevant way to bring nomadic pastoralists on as stakeholders?

Savory: Yes, it’s entirely teachable, and this is already being done. In particular, the Africa Center for Holistic Management, one of our first hubs, has spent years developing simple training materials. They’re so simplified that it could be taught with pictures entirely, for illiterate people. We just train a few of them to do it and teach the others. It can also be translated into any language very quickly.

Already, there are pastoralists from that troubled Horn of Africa region you mention who state openly that nothing but Holistic Management can save their cultures. They realize that it’s all about saving their culture, not just the land or their livestock. So the problem doesn’t actually lie with the pastoralists; they’re ready to go.

The problem lies with governments, major environmental organizations and international agencies. All of these are forcing reductionist policies on people, policies that are not even based on good science or understanding of desertification.

What we need to do is just follow the science.

Some of this I made clear in my TedTalk on desertification, where I said we once thought the world was flat — we were wrong then, and we’re wrong again. I point out how all this blaming of livestock — they’re just a resource, and no resource can cause you problems — we had the bull by the udder, frankly. Only livestock, not any technology imaginable, can reverse man-made desertification. So we need to get that into our institutions because they’re blocking the way.

Lykins: Despite many successes at showing the efficacy of Holistic Management, such as operation hope in Zimbabwe, there are still some who remain unconvinced. What is one thing you would like to say to those who are still unconvinced?

Savory: To understand what’s going on, I had to study system science: how all organizations or institutions are complex soft systems and have what are called wicked problems. Our organizations always reflect the public opinion of the societies they’ve formed in. They’re very efficient at doing what they’re formed to do, but one of their wicked problems is that they are incapable, even if they wanted to change, of accepting new scientific insights such as we’re talking about ahead of the public. So public opinion has to change first.

It doesn’t matter how much data, facts, figures, evidence there is, how many people are dying — nothing matters. Institutions do not change until public opinion begins to shift. So that’s been a big part of the problem, the last 50 years — one that I, and many others, didn’t understand.

What we need to do is just follow the science. Now, skepticism is healthy. I couldn’t have developed Holistic Management without a heavy dose of skepticism myself. But most of the now 50 years of delay in public and institutional acceptance has been caused by influential academics who state firmly that holistic management is not scientific.

Holistic Management is 100 percent based on good, sound, long-established scientific principles that no scientist has ever disputed. What Holistic Management does not have is academic approval from narrowly trained range management experts, who simply cannot see the difference between management that’s supported by science and their disapproval of something they do not understand. 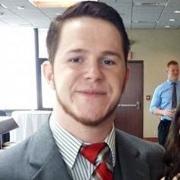 Shake it up: A Q&A with Sarah Pool, co-founder of upcycled spent grain protein shake company

How cattle can fight climate change

See all by Alexander Lykins