The business case for investments in water efficiency

The U.S. has experienced a renaissance in energy efficiency investment over the past decade, spurred by a combination of rising energy prices, greater public awareness of climate change and a thriving ecosystem of capital providers, government programs and technical solutions.

Now it’s time to pursue a similar level of investment in water.

With decade-long droughts forecasted in the U.S., it is easy to see how water efficiency projects in buildings will become a massive investment opportunity. This opportunity will be further enabled by innovative solutions in water technology as well as financing models already used by the energy efficiency industry including third-party ownership structures such as Efficiency Service Agreements (ESAs).

For Californians, not a week goes by without a reminder of how untenable our current water situation is. Whether it’s the record-setting drought, Gov. Jerry Brown’s recent announcement of a statewide mandate to cut water use by 25 percent, our outdated water and land use laws whose “use it or lose it” provisions lead some of our largest water customers to consume way more than they need, the persistent mispricing of water services or the aging infrastructure that we rely on for collecting, treating and distributing water, we need to fundamentally change the way we manage this resource.

The following statistics show just how fragile our country’s water infrastructure has become:

The figures are staggering. Especially when you consider that the federal government has been cutting, not increasing, spending on U.S. water infrastructure. It is also highly unlikely that local and state governments will be able to shoulder this financial burden alone. As a point of comparison, in 2012 and 2013 U.S. municipalities’ allocation of long-term bond proceeds to investments in water and sewage facilities were only $39 billion and $29 billion, respectively. All indicators point to a sharp increase in water prices for U.S. building owners and consumers.

Historically, water agencies generally price water based on their capital investments and operating costs, or the “delivery cost” of water. But this approach assumes that the water they sell has no value in and of itself. After you take into account the scarcity value of water as well as the massive federal subsidies that many water agencies receive and the negative impacts that water use can have on the environment, especially our steady depletion of natural aquifers, the “true cost” of water is far from the price customers see on their water bill.

To understand how mispriced our water really is, consider that the U.S. pays roughly $1.50 per cubic meter on average, while Denmark pays almost $4, Germany over $3.30, and even Portugal shells out more than $1.75. And those countries use less than a third of the water we do, on a daily average per capita basis.

Even within our borders, discrepancies in water pricing can be astounding. Consider that farmers in the Imperial Irrigation District in Southern California pay $20 per acre-foot for water, incentivizing many farmers to resort to flood irrigation to grow water-intensive crops in an otherwise exceptionally arid region. Meanwhile, residents 100 miles due west in San Diego pay more than 10 times that amount for their water.

Water is currently relatively inexpensive for C&I customers. Yet a recent survey by the Hamilton Project reported that over 60 percent of respondents in the industrial and consumer products manufacturing sectors believe they are exposed to water risks such as water scarcity, rising prices and/or regulatory changes. Business owners and managers are recognizing that water is likely to become a far more valuable commodity. 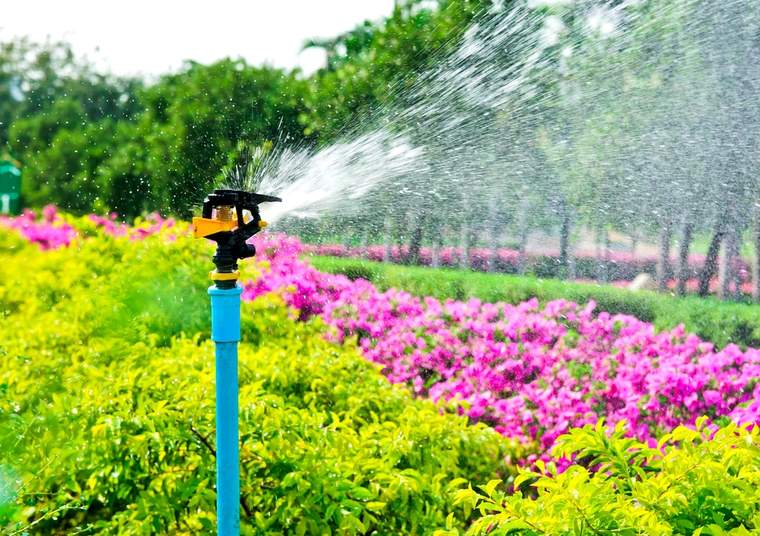 Why not contract out water efficiency management?

The developer signs an Efficiency Services Agreement (or ESA) with the customer, in which the developer agrees to cover 100 percent of the up-front and ongoing expenditures of the project, and then charge the customer only for the savings that are realized, largely de-risking the project for the customer.

The ESA is an extension of the power purchase agreement (PPA), which has been used with great effect by developers in the renewable and conventional power markets.

A host of existing technologies and interventions are commercially available and proven to reduce water consumption in buildings in a cost-effective manner. These efficiency measures generally fall into two categories: measures that reduce the energy required to treat, distribute and collect/recycle water; and measures that conserve and/or recycle water.

The most common water efficiency measures include sanitary fixture upgrades such as aerated faucets and low-flush toilets, installing rainwater collection systems, practicing landscape irrigation/xeriscaping, and switching cooling towers from a single-pass to closed-loop system. Some building owners are installing systems that can treat their so-called “blackwater” onsite and then feed it back into the building for flushing toilets or use in the cooling towers, saving the owner up to 90 percent in water and sewer charges.

Anecdotally, conventional cooling towers consume the greatest amount of water in C&I buildings. Upgrading that tower to a closed loop system (where the same water is used five to seven times before being discarded) can result in a payback of two to three years. In fact, the average payback period for investing in water-efficient technologies in C&I facilities is one to four years. Some investments even have a payback period of less than one year when avoided wastewater charges and energy costs are considered.

Despite their shorter payback periods, water efficiency projects to date rarely have been pursued by building owners as stand-alone projects. The artificially low price of water results in an expense within building operations that is not significant enough to justify the investment of time and resources needed to pursue a capital improvement project. As a result, it has been more common to see water efficiency measures implemented as part of a much larger energy efficiency project.

However, as water and sewer services continue to rise in price and as environmental impacts reduce the water supply even further, it is likely that we will see more building owners pursue stand-alone water efficiency projects.

Although water is relatively cheap today, the data suggest that this cannot continue indefinitely. The scarcity value and true cost of operating a reliable infrastructure network necessitate that water customers, including C&I building owners, pay more for this finite resource. Rather than simply reacting to the new reality of our water supply, as scarcity increasingly becomes a business risk, building owners have an opportunity to proactively manage their water consumption through efficiency. Financing, of course, will be a critical step in this process. Luckily, energy efficiency project developers stand ready to provide owners with the flexible financing solutions such as ESAs to make water efficiency projects a reality.

Water Wisdom for Real Estate and the Built Environment