You’ve probably heard that fracking is supported wholeheartedly by the business community, and that only environmentalists see problems with it. But that’s not the case. In fact, a growing number of businesses and business groups are finding that there is a strong business case to be made against fracking.

Of course, there are some economic advantages to fracking, or hydraulic fracturing, as it’s technically known. As a result of this process, which has allowed drillers to reach fossil fuel reserves that were previously viewed as not economically feasible to tap, the U.S. has boosted oil and shale gas output, reduced energy costs and pushed the country closer to energy independence. It’s gotten to the point where President Obama claimed the U.S. is the “Saudi Arabia of natural gas.”

Proponents of fracking also like to note that natural gas, with fewer CO2 emissions than coal or oil, can serve as a “bridge fuel” as the country continues to transition to clean, renewable energy.

All of this would be enough to make one think that fracking is nothing but good news, for the economy and for all industries.

Business depends on a healthy environment

People who follow the issue closely know a lot of environmental issues are associated with the practice — such as fracking operations causing hundreds of earthquakes or contaminating water sources in at least four states. In a state such as California, suffering from a historic drought, more competition for water resources is not helpful.

Even the claim that fracked natural gas is better for the environment is belied by the potential for leaks of methane, a greenhouse gas at least 21 times more potent than carbon dioxide — although some estimates put it higher. That’s why researchers at Cornell University argued earlier this year that the EPA had underestimated fracking’s impact on climate change. And as small business owners can tell you, that’s a major economic threat.

Climate change can lead to disrupted supply chains, damaged infrastructure and increased insurance and transportation costs. Recent polling commissioned by American Sustainable Business Council found that more than half of small business owners think climate change will affect their business — and one in five say it already has. And if fracking causes methane leakage, the environmental benefits of natural gas, when compared to coal or oil, will disappear.

What about the new jobs from fracking we keep hearing about? True, fracking has created some jobs — but remember this is an extractive industry. We’ve seen the boom and bust cycle associated with those industries before, and what they bring: Booming economies one day, ghost towns the next. We’re already seeing some of that with fracking, and we know that these communities are historically less prepared for growth once the resource is gone.

Also, fracking supporters overstate the number of jobs created. In Pennsylvania, for example, supporters of fracking claimed 48,000 jobs were added between the end of 2009 and early 2011. That claim was based purely on new hires. Data revealed that, from 2007 to 2011, the actual number of new jobs created was closer to 5,700. 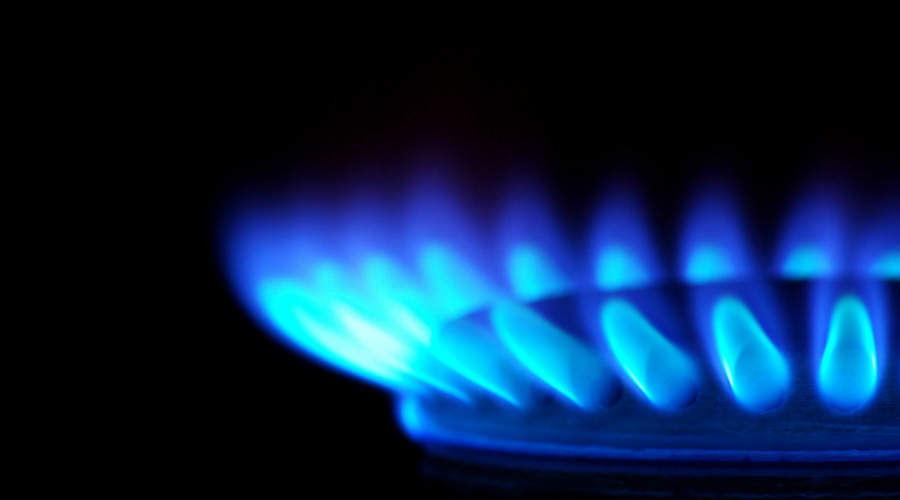 Methane is nice in a burner, but rather less desirable in water — especially because it still burns.

But at least it puts people in the state back to work, right? Well, no. Instead of employing local residents, the jobs associated with the fracking boom are often outsourced to workers from other states. And local businesses could be even more disadvantaged: Those that deal in tourism or agriculture could have to contend with the risk of environmental disasters. Even if everything goes off without a hitch, consumers could be hesitant to purchase products grown near fracking sites.

Those aren’t the only downsides to fracking. The ASBC full report has more examples, such as public health risks, decreasing property values and even higher rents. The bottom line is that there is much more potential downside to this practice than we thought, and it’s important that we recognize that whatever short-term economic benefits fracking could offer likely will come with a major price tag attached.

At the same time, government should recognize that fracking, like any extractive industry, cannot serve as a long-term solution to our energy question, and we must continue to invest in renewable energy and energy efficiency to address our energy needs going forward.

Some Americans will have an opportunity to make their voices heard on this issue very soon: Five states have considered, or will consider, ballot initiatives dealing with fracking, including ballot measures scheduled for November in California, Ohio and Texas.

In Colorado, four separate ballot initiatives were withdrawn earlier this year, after Gov. John Hickenlooper announced the state would back down from a lawsuit against the city of Longmont, which passed a ban on hydraulic fracturing in 2012, and create a panel of experts to study oil and gas development in the state.

In an indication of how hard-fought those contests would have been, the Coloradoan reported that donors on both sides had invested $10 million into those four races.

We know that some groups — particularly those backed by the oil and gas industry — will make the case that fracking is an economic boon, and that any environmental concerns are overblown. But we also know that those environmental concerns are very real to business owners. We’ve even seen evidence of methane leaking into the air and water wells, which can lead to illnesses — and potentially even flammable water. To say that this sort of thing can be bad for local economies would be a major understatement.

We still don’t know a lot about fracking’s impact on the environment or our economy. What we do know is pretty scary. That’s why it’s important that people realize that it’s not just environmentalists who are concerned about the practice: There’s a strong business case against it, too.

Top image of drilling equipment by Calin Tatu via Shutterstock.